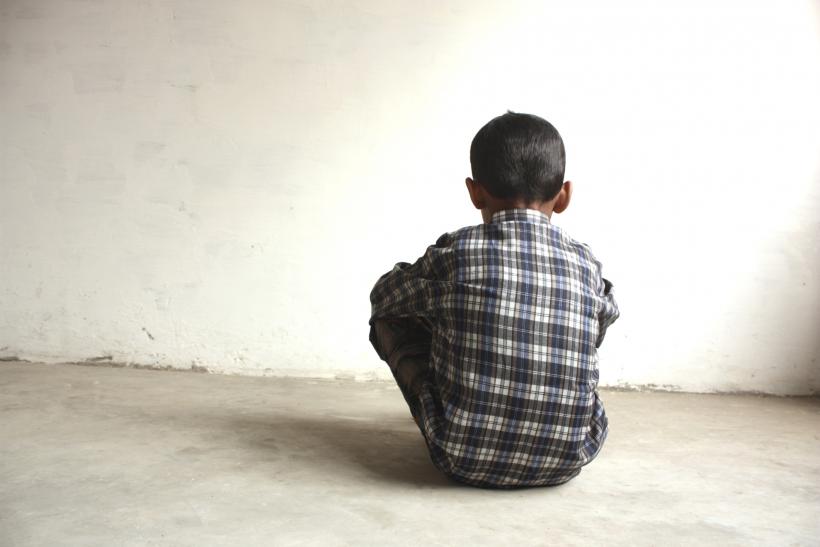 Meet seven month-old baby Gammy; he has Down syndrome and is the biological son of a middle-aged Australian couple, carried and birthed by a 21-year-old Thai surrogate and street vender Pattharramon Chanbua. Sadly these are about all the facts we’re completely clear on in this harrowing case stemming from the morally ambiguous, and increasingly confusing world of global surrogacy practice.

When news first broke about little Gammy, the story was that his biological parents—not interested in raising a child with a mental disability—abandoned him with his Thai surrogate while taking his twin sister back with them to Australia. Pattharramon Chanbua, we were led to believe, had turned to surrogacy to help alleviate her family’s strained financial situation, agreeing to carry and birth the baby for about $11,000. So when the Australian couple, David and Wendy Farnell got the hell out of Dodge, she was left with a son she’d never planned to raise, who, in addition to having down syndrome, suffers from lung and heart conditions. Thus the Farnells had left her in an even more dire financial situation than she started with.

This is a pretty upsetting tale, no?

Well it gets a whole lot blurrier sadly. According to Chanbua, the Australian couple had asked her to have an abortion four months into her pregnancy when it was discovered that one of her babies had Down syndrome but Chanbua refused, explaining it was against her Buddhist beliefs. (Not to mention, abortions on the grounds of fetal impairment are illegal in Thailand.) Then, she claims, that when the babies were born, the biological parents didn’t speak to her and only took the girl back with them to Australia—prompting worldwide outcry and even a condemnation from the Vatican.

The Australian parents flew under the radar for a while, but when the media finally managed to (sort of) reach them through a family friend, they claimed that they didn't know anything about Gammy’s existence and that Chanbua’s allegations are all a pack of lies.

And yet even more questions have popped up. According to the agent who brokered the surrogacy agreement between Chanbua and the Australians, not only had Chanbua been paid in full, but she went on to become a surrogacy agent herself, working to recruit other women to give birth for cash.

Well, there’s also this: as the international maelstrom has erupted over this case and the complicated issue of global surrogacy, reports have surfaced that Gammy’s biological father, David Farnell, is a convicted child sex offender. He assaulted two girls, ages 7 and 10, in the early 1980s and then committed further offenses against a five year-old girl between 1988 and 1992. Farnell, now in his mid-50s, did two prison stints as a result of the convictions.

We warned you that this case was complicated.

This morass of he-said she-said—added to Tuesday’s discovery of nine surrogate babies all fathered by the same Japanese man and being cared for by nannies—has prompted Thailand to act. The nine infants have been taken into custody by Thai authorities (which has us a little concerned as Thailand is still being governed by a military junta) and Thailand announced today that it is pushing a ban on commercial surrogacy.

While Thailand has been a leading surrogacy hotspot for years, given its lack of restrictions and comparatively paltry prices for the practice, global surrogacy is far from being strictly a Thai issue. Western nations—either due to bans at home or prohibitive costs—have been increasingly relying on women in less developed countries to carry their kids in exchange for cash.

The Hague (the government of the Netherlands) is scheduled to hold a convention on commercial surrogacy next month, but it’s difficult to see how a singular international response can be the answer, enacting and enforcing regulations for surrogacy across the entire international community. It feels next-to-impossible in fact especially when, as just in Australia for example, surrogacy laws differ from state-to-state.

So what is the answer? We're not sure—but at least Gammy's tragic tale is garnering the issue the attention it's deserved for decades.

If you like this article, please share it! Your clicks keep us alive!
Tags
Gammy
Thailand
surrogacy
Australia
pregnancy
international law