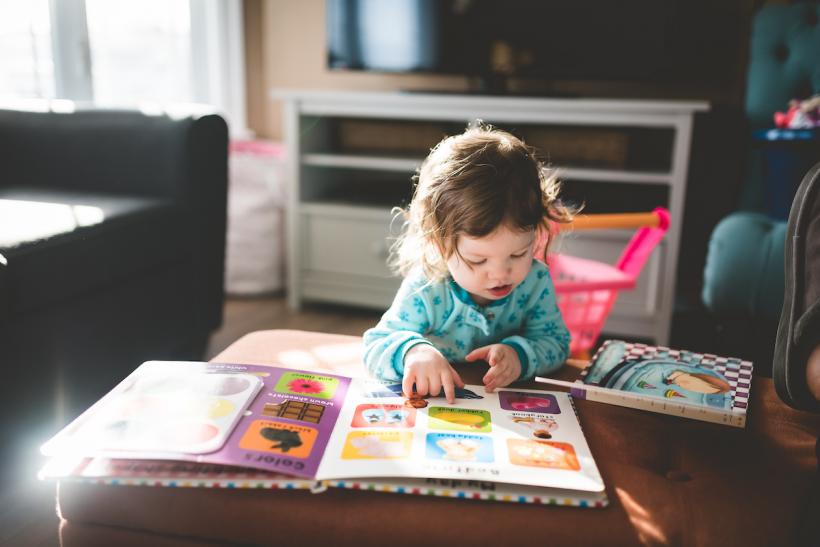 Photo by Stephen Andrews on Unsplash

A few months after the birth of our child, my mother came to visit with a gift. It was a paperback book, which came with an audio cd to “read along” with, and the story was Peter Pan. I winced, but my mom beamed at my partner and me expectantly, saying, “it was one of your favorites when you were little.”

She was right; I loved Peter Pan growing up. And yet, I couldn’t imagine reading the story, any version of the story, to my baby.

Why? For starters, several key plot points hinge on portrayals of Native Americans that are nothing but racist caricatures, presenting native people as little more than objects to make the “adventures” of white children more thrilling. The book found its way into a drawer.

I’m far from alone in having childhood faves that don’t meet the most basic criteria for respectability now that I’m an adult. For those of us who choose to parent, these problematic faves leave us with a question.

Do we let our kids read/watch/listen to this stuff, or do we keep it off limits?

While I know that I can’t shelter my child forever, I’ve decided that at least during these tender early years, it’s best to leave this kind of stuff on the shelf. I’m not sharing my problematic faves with my preschooler, at least, not yet.

It isn’t just me. In a conversation about shows we loved as children, a friend recently added: “I screen everything from my childhood first; so much of it doesn’t hold up.”

And we’re not talking about outdated animation styles or cheesy plotlines here, but something far darker.

Plenty of children’s media, especially from the past, very directly expresses racism, sexism, ableism, homophobia, and fatphobia, to name a few undeniable problems.

When it comes to something as serious as racism, I don’t think anything is redeeming enough to make that story suitable for young children. Kids pick up on the biases in their worlds and often mirror them. And since racial bias is such a severe problem in our society, I can’t in good conscience let my child absorb and normalize stories that tokenize and degrade people of color.

Is this just about being politically correct? I don’t think so. I think it’s a simple matter of “when you know better, you do better.”

The fact is that all parents, whether we’re consciously aware of it or not, are continually making decisions about what media our kids consume — and what we leave out. It happens when we gravitate towards some bedtime stories while avoiding others. It happens when we let our own tastes dictate what our kids watch during that coveted screen time (confession: I hate Dino Trucks!). So why not doing it a little more mindfully and intentionally? There is no shortage of really lovely children’s stories out there in the world, and new ones are being written all the time, so skipping the problematic works of a few dead white men isn’t such a big deal.

Kids are smart, and they pick up on the biases they are surrounded with. A couple of weeks ago, a neighbor child pointed to a picture in a book, and said “he’s fat!” and then burst out laughing. At three years old, that child has already internalized the idea that fat people (like me) are a punchline, something to be laughed at. I don’t believe his parents talk like that, but there are plenty of examples within media made for children, including the beloved Harry Potter series, that do.

One of the reasons it is so important for white parents to talk to our white children about race is that no matter what we say, they’re getting nonverbal messages on the topic.

Little kids are forming their ideas of how the world works, and despite our best efforts as parents, that understanding is going to be informed by some messed up stuff.

To knowingly include stories with deeply problematic themes strikes me as just adding fuel to the fire, setting our kids up to have more toxic nonsense to unlearn as adults. Internalized homophobia and transphobia stopped me from living the life I deserved for an extremely long time, and I don’t want that for anyone else, least of all my child.

And when it comes to the subject of racism in our old childhood favorites, I don’t think we can afford to be wishy-washy on the subject. Those of us raising white kids have a responsibility to raise them to be as decent as possible, and that includes both subverting racist messaging whenever possible, and talking about race proactively (rather than raising them to be “colorbrlind.”) That’s going to mean skipping some stuff we enjoyed as kids, and that has to be okay. Going back to the example of the anti-native sentiments in Peter Pan, we need to recognize that the United States committed genocide against these people.

Is it okay for the first messages our children hear about native cultures to be hate-filled stereotypes created by people who wanted them dead? I don’t think so.

Look, it’s not forever. I don't advocate for pretending these stories don’t exist, or for censorship of what older children choose to read. But I do think that when we’re deciding what is and isn’t age appropriate for our children, one factor should be “will my kid be able to recognize that the biases expressed are supremely messed up and articulate as much, or will my kid internalize them.”

One day, my kid will have enough of a handle on racial and cultural issues to be able to recognize what is screwed up about Peter Pan, and then decide for themselves whether or not the rest of the story is worth a damn. But until then, Peter Pan can wait.

If you like this article, please share it! Your clicks keep us alive!
Tags
parenting
problematic
Nostalgia
screen time
racism
colorblind
Peter Pan