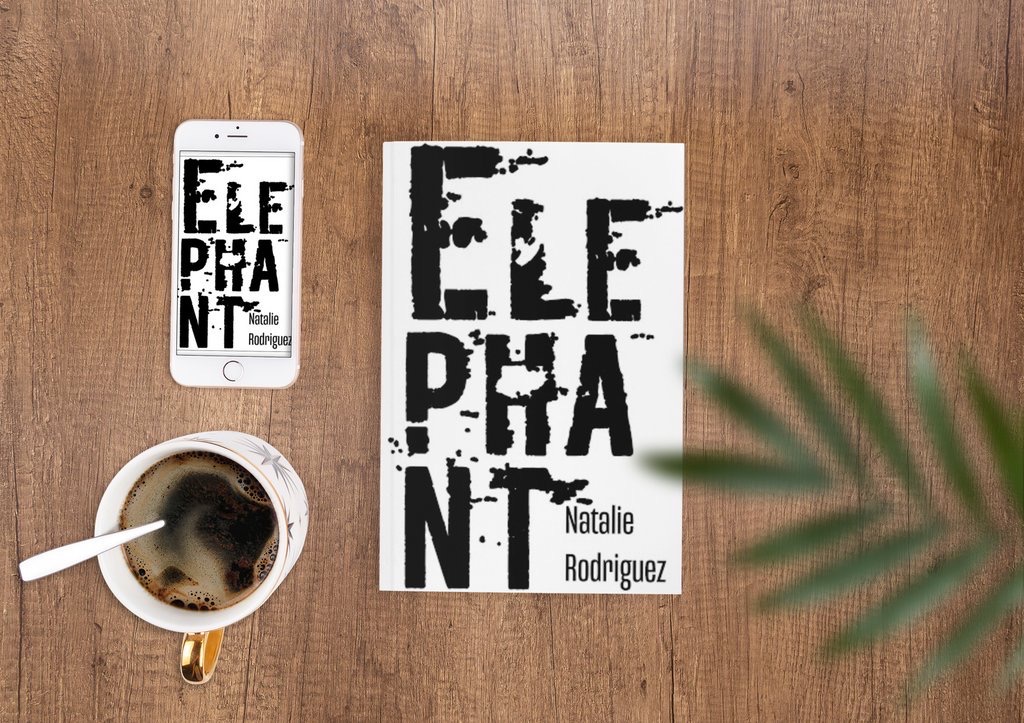 When was the last time you were shut down for experiencing a mental health struggle or feeling unheard by others, including those closest to you?

After a strange encounter leaves him hospitalized, a timid teenage boy named Matt “Matty” Smith comes home to a continuous series of events met with anxiety, depression, and PTSD. Under the guardianship of his grandma, Lucia, Matt lives with unspoken questions about his grandfather and parents. The elephant in the room.

As Matt develops over the summer, the secrets only grow more profound and complex. Will the answers ever come? While searching for answers, Matt and his three childhood best friends encounter the meanings of love, forgiveness, and fate.

This story is for those who feel their voice is unheard and for children, teenagers, and the adult who never had the chance to heal from their pain.

If you would like to tell us your story, be sure to message us at @elephant_bookya on Instagram or tweet us at @Ebookya, using the hashtag #TheElephantInMyRoom

A tragedy in a family…

For the Smith family, it was a day that would infamously be remembered until the end of time. On the night of August 4th, 1992, sixty-two-year-old LUCIA SMITH had received the worse news of her life, involving the whereabouts of her husband of forty-three years, FRANK, and their only child, JIMMY. The incident that had changed their lives forever.

IT WAS DIFFICULT TO SEE, as though an ice cube had enclosed his body. Frostbite worked its way down his fingertips, turning bluer by the second.

Around 5’8”, a silhouette of a man—no taller than the teenage boy––stood in front of him.

“Wait!” The teenage boy called after; his breaths vapored out into puffs of clouds.

But the teenage boy was distancing away, not the silhouette. The boy lunged forward and came to an abrupt halt. Somehow, somewhere, in the white frosty air, his feet kept getting sucked into the ground, into the white floor. Winter wonderland.

An invisible force field was amongst the boy and the unknown man.

“Wait!” his voice now croaked. The boy stretched out his arms, but, starting at the tips of his fingers and working its way down his wrists, forearms, and arms––a blaring light shone.

He squinted as the light traveled through the white cloud storm, forcing him to look away.

The teenage boy’s eyes shot wide open, awakening. He wormed his way up, giving the mattress a few squeaks. The door was closed, and the curtains were concealed with floor length curtains. There was zero amount of light coming into the bedroom. He kept his hand on the chain of the lamp atop the bedside table.

Matthew Jimmy Smith was his name.

Around 5’8”, he was a teenager in the midst of puberty with a possibility of another growth spurt, not a boy,

Mood: moody. The childhood paintings on the walls also had a mind of their own, with squiggly letters of his name, Matt, and his nickname, Matty. A few of them were written in bold as well.

Matt had thick, wavy rock-n-roll-drummer-hair, but now his dark brunette neck length locks decided that they were best to puff out like an inhaled balloon. He had big hair like Dee Snider, one of the too many band posters displayed on his off-white colored walls. Kurt Cobain, Alice Cooper, and Angus Young accompanied the neighboring posters.

Matthew…Matt…Matty (the boy with countless identities) lowered his hand from the bedside lamp. He rubbed the sleep from his eyes. The dirty piles of clothes on the floor were still a bit visible. They brought a god-awful stench into the bedroom, like a fresh pile of cat shit dropped into an indoor litter box with the windows shut. “Gross!”

Matt chucked the camouflage comforter and the matching black-and-blue bedsheets off his body. Immediately, he noticed how his entire body was covered in sweat. He wore his gym shorts. His T-shirt––displaying the IVY HIGH SCHOOL, HOME OF THE POISON logo––clung to his hairless chest like peanut butter smudged across a piece of paper. He sniffed around some more and immediately, his nose was drawn to the blob of sweat underneath his armpit. Nope, that was not the cause of the cat litter shit stench.

Then, he tugged at the centerpiece of his T-shirt and held it to his nose. Oh, it made sense now. That god-awful stench, the case of B.O, was him.

Jesus! He turned his head away and released his T-shirt; it clung back to his skin, and he wiped the last remains of saliva from the corner of his mouth.

Swinging one leg over the full-size bed, the other followed and fell off the mattress. Life could not have been easier, but then his daddy longlegs got caught in the midst of their own storm. “Dammit!” He moved his legs left and right, then right and left. After a few kicks, his legs broke free from the tangled bedsheets. But with his body already too close to the edge of the bed, he toppled over to the floor. He fell with a loud thud. Outside of his bedroom door, the wooden floor gave an eerie haunted house creak.

“What was that?!” said a girl with a husky voice, still in the process of womanhood.

“He’s up!” It was a boy’s voice, also in the process of puberty.

Matt perked up his head, just enough to see over his bed. Shadows huddled closer to the door through its small crack of an opening. The dead giveaway was the twisting and turning of the golden doorknob, rejecting their entry.

“Matt?” It was the same girl, followed by a few knocks.

“Maybe we should let him…”

“Let me do it,” the boy interjected to the other girl. “Like this.”

The door jolted at every bam, bam, bam from the two drumroll-fists that pounded on the door. That definitely did not sound like a pretty picture.

“Don’t you ever call me woman!”

Matt set his chin onto the edge of the bed. He let out a chuckle and thought to himself, Typical. Typical Jamie and Derek.

He reached for the closest piece of clothing on the floor and found dark gray gym-shorts. He was clueless if they were clean or not. Probably not.

“Children,” he announced. “Children of the corn. Please don’t fight! I’m a comin’!” He gave a thumb ups to the Jimi Hendrix poster. He broke out and got down to the opening verse of “Hear My Train a Comin’.”

As he inched closer to the door, the footsteps trampled away, and the shadows vanished from the door’s slight gap. “What the…Guys?”

Matt flung the door open to nothingness except for the little amount of light that streamed through the windows along the hallway.

If you like this article, please share it! Your clicks keep us alive!
Tags
book excerpt
young adult novel
mental health
authors
writing