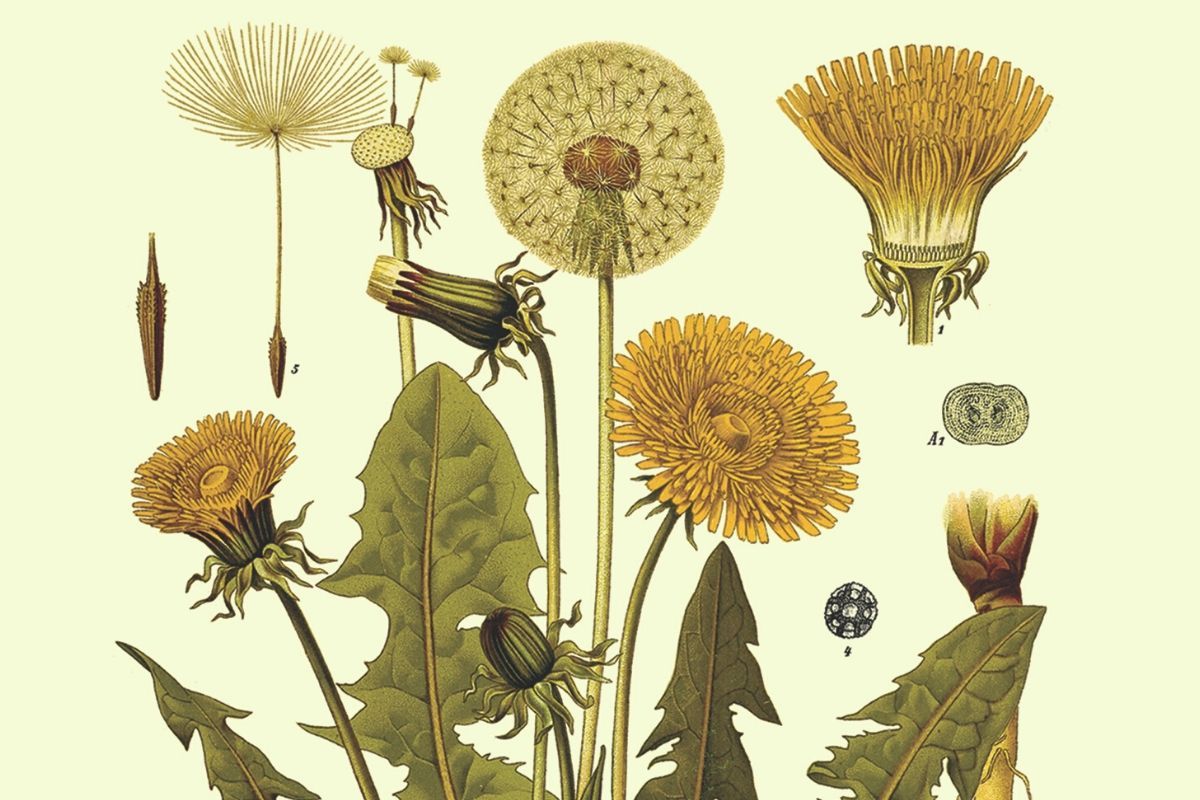 On Monday, as Haley was hoisting her backpack over her coat, a piece of toast between her teeth, Robin told her.

“You can’t look at it that way. We need the income from the apartment—it doesn’t matter who lives there. This is landlording, honey. As long as I have tenants in the properties, everything works.”

“Did Dad always have tenants?”

“Your dad had an eye for people.” Haley didn’t need to know this wasn’t exactly true.

“Would he have let the Sweeneys in?”

“If he had to, yes. This is our livelihood. I can’t afford any more losses.”

“Dad would never do this to me.”

Haley ran out the door.

Robin had no business sending Haley to Sacred Heart. In Mount Rynda, Haley’s tuition at Our Lady was deducted automatically from checking, and Robin thought no more about it than she did about gravity keeping her rooted to the earth. Now, parochial school was an unjustifiable luxury. Robin applied for and was granted financial aid—the death of a parent guaranteed it—and today she brought her reduced check to Sacred Heart. Signing her name on the aid sheets, while the secretary watched with a blank face, was humiliating. But she would do this one good thing for Haley—the only thing she could.

After paying tuition, Robin drove to Walmart determined to complete her distasteful errands by the time Haley got home. She filed in with the relentless Walmart crowds, hating that she relied so much on the markdowns. She worried about a run-in with her brand-new tenant Cindy Sweeney, but a careful scan of the lanes showed that Cindy wasn’t working the registers. So she was horrified when she heard Cindy’s voice over her shoulder in the checkout line.

In the overheated store, Robin clearly smelled Cindy’s cigarette smoke and the chemical sweetness of her hairspray.

“Cindy,” Robin said. With Cindy behind her, a rack of magazines to her right, three bins of gum and candy bars to her left, she had no escape from the lane. “How’s the apartment?”

Cindy blew her bangs out of her eyes. “It’s fine. Clyde’s giving me shit about taking my furniture, but we’ll be alright. Cheap shit anyway.” A new look crossed her face: curiosity. “Never seen you here. You coming from somewhere else?”

“Paying tuition at the school.” She knew her mistake immediately.

“Paying in person? What—you on aid?”

Blood rushed into her ears. “Maintaining the properties is expensive,” she said.

She felt an urgent push to make Cindy understand—what it cost, why she was here.

“Damages, repairs, vacancies. But I’ll keep Haley in that school as long as we’re here. I’ll give up anything but that.”

“Not when you rent to people like me, right?” Cindy hacked out a laugh and shook her head. “Think you’re so much better than me. My credit’s good, you know that? I work hard. I could live somewhere better. I could put something down for my own place. I need your cheap-ass rent so I can afford to send Amber to Sacred fucking Heart.” She casually took out a tube of magenta lipstick and colored her lips, examining Robin’s cart. “Still with the cashews, huh?”

“Bullshit. You were eating cashews when we were fifteen.”

“That’s fucking hilarious. There was a gumball machine out at that bar by the highway, full of fancy nuts. One with actual gumballs, one with cashews. You used to pop quarters in there nonstop.”

“Okay. Whatever. I’m not going to fight about this.”

Cindy scoffed and checked her phone.

Robin didn’t believe her. She’d bought cashews for Ray from the Whole Foods bulk aisle, tied her bags of organic nuts and beans and dried fruits with little white flags, the bin number marked with a chained-up ballpoint pen. When she paused to consider, though, she remembered something else: the cold knob twisting between her fingers, the ka-chunk of the dropping quarter, nuts tumbling into her palm from the dangling silver hatch. A joke, cashews with cheap beer in a dive bar. Robin shook it off. What did it matter, when she started eating cashews? She willed the line forward.

Three people ahead. A woman with a circular from Shop ’n Save was haggling over the price of canned peaches. She had ten cans on the belt—more canned peaches than Robin had eaten in her life. The light above the register was flashing; a manager had been called. Everyone stood and waited.

“Fucking price-match promise,” Cindy muttered. Then she leaned in and said in a low voice, “Hold on. Nine o’clock. Now look at that guy.”

Robin looked over. A man in lane five was loading a stack of huge gray plastic storage bins onto the conveyor. He was wearing a camouflage baseball hat and coat, gray sweatpants, and muddy Timberlands. Once the bins were scanned and paid for, he hoisted them into his arms in a show-offy way and kicked his cart into the middle of the aisle.

Robin watched him walk away. “That’s a lot of bins,” she said.

“You don’t know who that was?” Robin shook her head. “Your memory ain’t too good.”

The woman with the peaches resolved her problems and lumbered out of the store with her heavy plastic bags. The line finally moved forward a few paces.

“You should know that guy,” Cindy pressed.

“Who?” Robin had to think only a moment before she knew. “Him?”

“Him,” Cindy said smugly. She nodded with a small, closed-lip smile, pleased to have shocked Robin.

“In jail, yeah, but just for some outstanding fines. They never got him for anything else.”

“Were they supposed to?”

“Who the hell knows?” Cindy leaned in again, too close. “Probably be pretty happy if you said hi next time you see him.”

“That’s not going to happen.”

“You have a lot in common. He bought a couple trailers in Laurel Estates. You can talk tenants.” She paused. “And old times.”

Sweating, Robin unzipped her polar fleece and loosened her scarf. Her toes were overheating in her snow boots. She was finally close enough to the register to unload her cart, and her purchases traveled down the conveyor, closer to freedom than she was.

Cindy hoisted her shopping basket onto the child seat of Robin’s cart while Robin waited to pay. Cindy rested her arms on top and leaned over, like she had all the time in the world.

“Sixty-four thirty-seven,” the cashier said to Robin. Cindy kept talking while Robin counted out exact bills and change and piled her bags back into the shopping cart.

“—He pulls out his fucking wallet and says, ‘Andy Jr. made varsity’ and shows me a picture of this Mini Andy with a bat over his shoulder, like I care about this kid, and I says—”

“Cindy. Shut up.” Robin’s voice carried from her lane, lane three, easily to lane twelve, over the heads of teenage girls and housewives and barn-coated men with their ponytails pulled through mesh caps. She grabbed Cindy’s basket out of her cart and slammed it onto the conveyor.

“What the fuck?” Cindy said, pulling her shoulders back.

An unimaginable possibility flashed through Robin’s mind—a fight in lane three, Cindy pummeling her on the dirty tile, Robin cowering as the rest of Four Points cheered them on.

She put a hand to her forehead, rubbed her temples, fought dizziness. She could hear a younger Cindy saying, You want Robin or me? Her vision blackening, Robin pushed her cart out of the store, across the parking lot, into an empty space next to her car. She leaned on the cart until she was sure she wouldn’t faint and put her bags into the trunk.

She took a few painful breaths while the engine struggled to warm. The men Cindy mentioned—the names she tossed around like snowballs, bright and harmless—were, to Robin, savage ghosts from her past, newly risen from the dead. Seeing their faces, hearing their names—for Cindy, they were just part of Four Points. They’d always been here, always would be. For twenty years, Robin had lived as though the past had never happened. Safe in Mount Rynda, she’d let herself believe it. But the men had been there all along, only ninety minutes down the road. The cold air pierced her lungs. The world was made of shattered, stabbing glass.

She put the car in gear and backed out of her parking space, then slammed on the brakes. She’d nearly run over Cindy Sweeney, who now stood a few feet back, her arms raised, her What the fuck?! audible even from inside the car.

“I was tapping on your rear fucking window,” Cindy said. “What the hell is wrong with you?”

“I was fine until you rented my place,” Robin blurted out. “I haven’t thought about Fred Strempek since I was seventeen, and there he is, twenty feet from me—”

“I didn’t bring this shit to you,” Cindy said, not unkindly.

“How can you stand it?” Robin said. “What they did to us. Didn’t you ever want to press charges? You chit-chat with them at the store and let them get away with what they did—”

“You think I wanna live that way? My whole life a fucking shit show of revenge?”

“They broke the law. They took advantage. We were kids, Cindy.”

“We were kids,” Cindy agreed. “We were stupid, we let some really bad shit happen to us. I ain’t trying to say they didn’t do what you’re saying. And I sure as hell ain’t saying I asked for it, even though I did. I was seventeen. Who the fuck knows what I wanted? But here’s what I want now: my own fucking life. What do you want?”

never be able to live with all of her desperate mistakes. And worse—accepting her past with Cindy meant inviting the rest in too.

Getting back to Mount Rynda was more urgent than ever. With Anne’s apartment rented, Robin could devote herself to the East Green wreck, making it habitable, getting a tenant. She had to shut out the distractions, keep her focus on what mattered: leaving Four Points by spring. 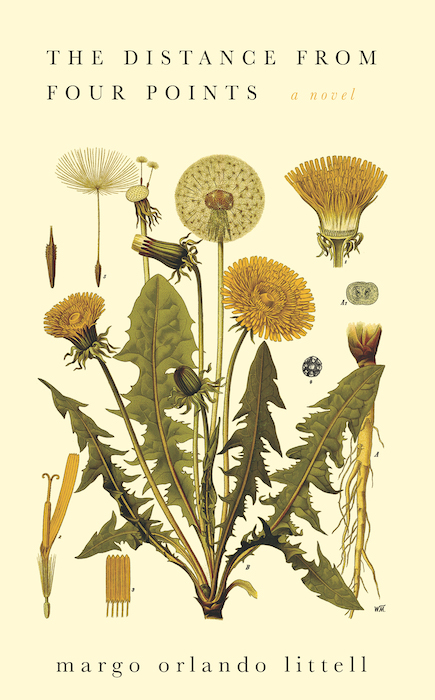 Soon after her husband's tragic death, Robin Besher makes a startling discovery: He had recklessly blown through their entire savings on decrepit rentals in Four Points, the Appalachian town Robin grew up in. Forced to return after decades, Robin and her daughter, Haley, set out to renovate the properties as quickly as possible--before anyone exposes Robin's secret past as a teenage prostitute. Disaster strikes when Haley befriends a troubled teen mother, hurling Robin back into a past she'd worked so hard to escape. Robin must reshape her idea of home or risk repeating her greatest mistakes. The Distance from Four Points is a story about family, womanhood, and coming to terms with a left-behind past.

If you like this article, please share it! Your clicks keep us alive!
Tags
book excerpt
authors
novel
the past
family

An Excerpt From The Distance From Four Points
Margo Orlando Littell