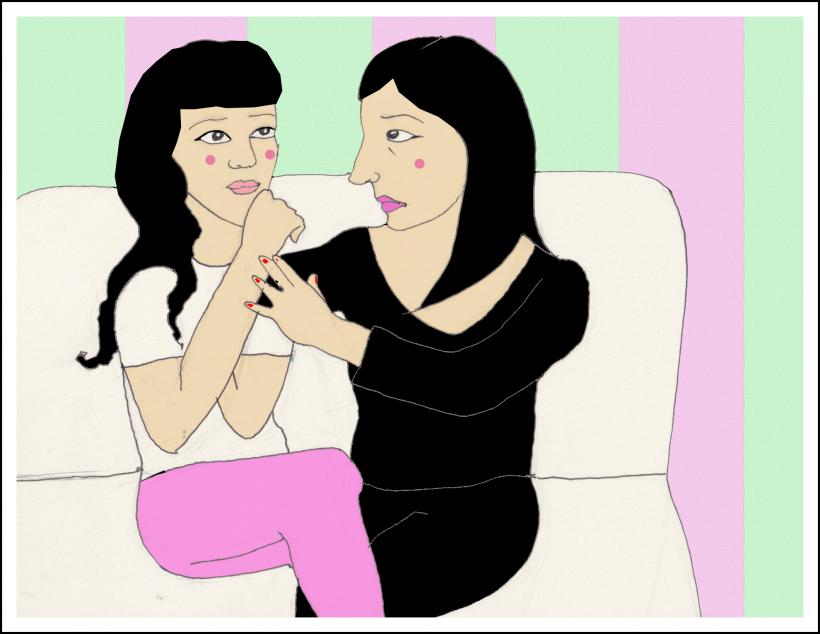 I'm fairly certain my brother-in-law relapsed on heroin, and I don't know what to tell my sister.

My sister was a late bloomer; she lived with our parents until she was 27 and she's almost willfully naive. She met her husband on a dating app and moved in with him after knowing him for two weeks, quitting her job and leaving behind substantial debt for my parents to pay off.

My brother-in-law had just gotten out of a court-mandated treatment program when they met. They've been together two years and have two kids with the third one on the way.

There are a lot of red flags in this relationship, but mostly the one that sticks out is that my brother-in-law goes to concerts and raves sometimes states away for days at a time and always comes back either flat broke or with wads of cash. This makes me think he's either moving or selling on top of using.

After these raves, a lot of pictures pop up on Instagram and Snapchat of him looking high. He's been open on social media about using kratom and buying Suboxone and Narcan to misuse it.

On the face of things, my sister's life looks very charmed, and Pinterest-Perfect and my parents and other siblings adore her husband for finally "bringing her out of her shell."

But there are children involved at this point, and I don't know how to tell her I'm concerned.

I've had my own issues with recovery and have been sober for ten years, and I'm pretty sure of what I'm seeing.

You Might Also Like: Ask Erin: Should I Lighten Up About My Partner’s Drug And Alcohol Use?

You are right to be concerned.

In my experience, whenever I’ve had the gut feeling that someone was using, 99% of the time that gut feeling was correct.

I want to address a couple of things in your email. Kratom and Suboxone are often used by people as a means of staving off opiate withdrawal. That said, they can also be abused. Narcan (or Naloxone) is an antagonist, commonly used to reverse an overdose. It could be that he has Narcan because he is using and/or around people who are using.

The fact that he disappears for days at a time when he has two kids and one on the way is concerning, even without the drugs. And I agree; there seem to be plenty of red flags here.

So what can you do?

You have to put aside your feelings about the denial that your sister and parents are in. You have no control over what they believe or what they are capable of confronting.

But you need to tell them what you’re observing. Set up a time to speak with your sister privately.

Tell your sister what your concerns are by laying out the facts.

The facts are he is disappearing for days on end, returning with missing money or wads of cash, and has drugs on him that are used to stave off opiate withdrawal and reverse opiate overdose. Remind her that you are on her side, that you love her, and you will be there to support her. Remind her that she needs to set aside the discomfort of confronting this because she has two (almost three) kids to think about.

Please do this without adding in opinion or judgment. It will be a lot easier for her to hear if you stick to the facts. You also need to let your parents know what you’ve observed.

When it comes to addiction, I believe in transparency.

This is why I think it is important to let your parents, grandparents to those kids, know what the facts are as well. As with your sister, don’t add in judgments and opinions.

I think it is highly unlikely that you are wrong about your assessment here, based on what you’ve said in your email. As I said, they may not be able to accept the truth in front of them.

Once you’ve had these conversations with them, you can set boundaries for yourself so that you are not in situations with someone who is actively using and denying it. If they can confront things, you can be there to assist in a family intervention.

As you are already in recovery, you may be aware of Al-Anon. I always recommend this as a good place to start for loved ones of people who have substance abuse issues. Really, it’s a valuable program for learning how to set boundaries in general. However, I always like to add the caveat that there is a difference between setting boundaries and ostracizing people through outdated versions of "tough love."

Remember, you have no control over the actions or reactions of any of your family members, but you can and should say something and then set boundaries accordingly.

And, as always, remember that your brother-in-law is a human, struggling with a human condition. Lead with compassion.

The information within Ask Erin should in no way be interpreted as medical advice because I’m not a medical professional. But I am here to help — to share with you the wisdom I’ve gained after years of making mistakes. If you have a question for me about relationships, addiction, dating, friendships, depression, parenting, sex, consent, what I’m watching, what I’m reading, Golden Yellow Topaz, or anything at all, use the contact form below or email me at  askerin@ravishly.com. As always, your anonymity is golden. Lastly, I’m so excited to share with you my Ask Erin Self-Care Guide, free when you sign up for my weekly newsletter. xoxo

If you like this article, please share it! Your clicks keep us alive!
Tags
Ask Erin
addiction
relapse
sisters
Heroin
drugs