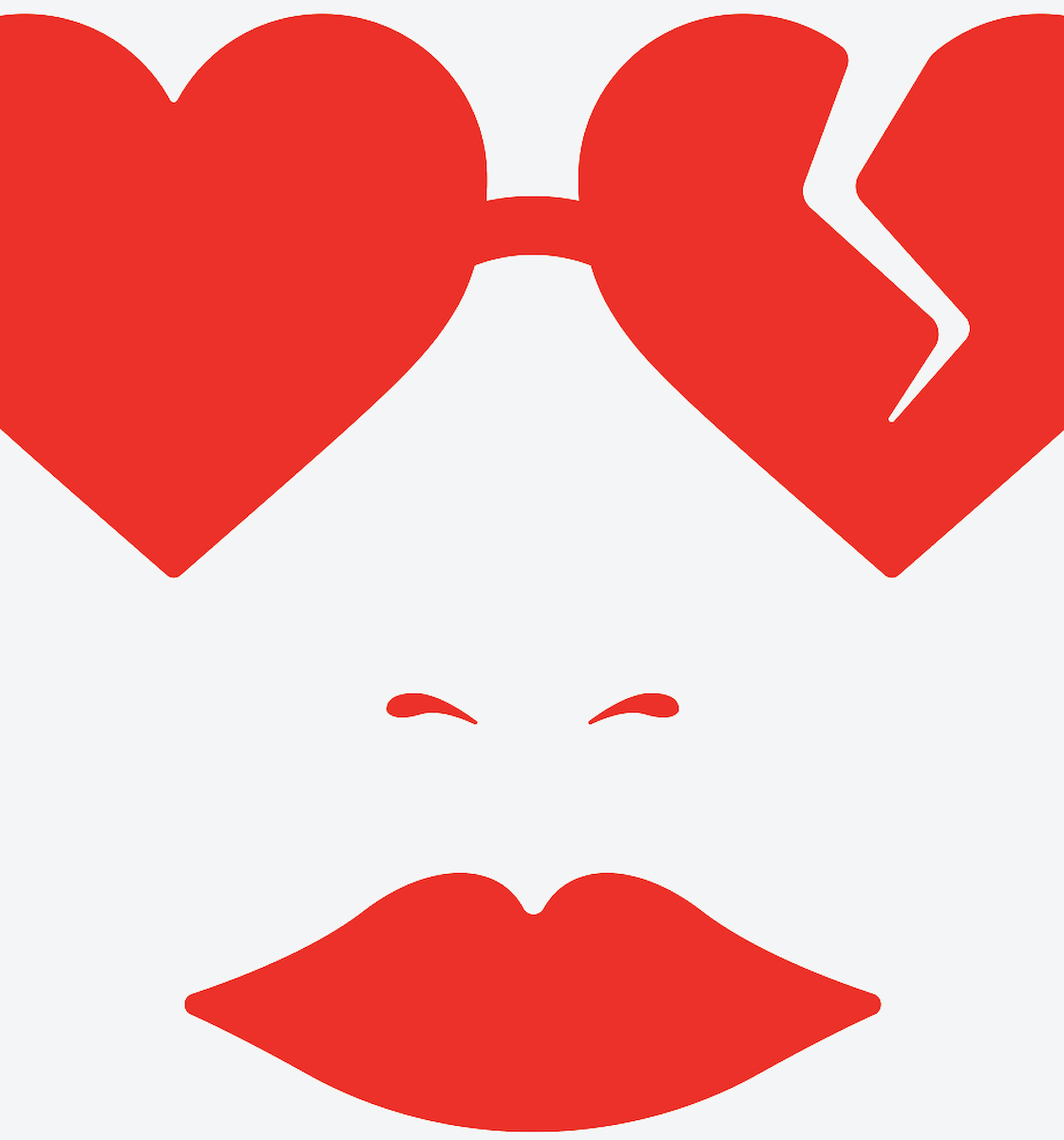 Perhaps I’ve invited you to move into my spare bedroom against my better judgment. But while living with an ex-boyfriend is never a good idea, I really need the money. Last week Roscoe—that irascible little wiener dog—ate not one, but two pairs of my underwear (and my fancy thongs, at that)! The resulting $600 emergency room vet bill, combined with my barely-over-minimum-wage employment and sizable mortgage, has made a housemate a financial necessity.

When you called to report you were getting kicked out of your highly desirable backyard shack (a.k.a. the Bat Cave) because your landlady’s daughter called dibs, the perfect timing of our crises was like a sign from Venus. While normally I would have reservations about the possibility of a successful platonic roommate situation between former lovers, it’s been years since we broke up and we’ve been getting along great since reuniting as friends. So I have high hopes we can both handle this mutually beneficial (and temporary!) living arrangement.

But in order to set us up for the best possible success, I’ve taken it upon myself to establish some ground rules, which are as follows:

1a. Try to hook up with me. (While I respect that you sometimes get melancholy for our time together as a couple, I need you to respect that hooking up with an ex is akin to a Fleetwood Mac reunion—comforting, but lacking the original energy and magic. We haven’t been a couple in four years, and this band isn’t getting back together!)

2a. Bring Brie or any other cheeses into my house. (As you know, I’m trying to dedicate myself to a vegan lifestyle, and dairy is my weakness.)

3a. Eat my food. (One of the few perks of being a deli maid at Whole Foods is my ability to liberate certain vegan-friendly leftover items from the deli. Unless I specifically offer, do not partake.)

4a. Wear those turquoise jogger pants. (I don’t care if pants with elastic ankles are “on trend.” They look ridiculous!)

5a. Bring a woman into my house. (While I, on some level, hope you will move on from our relationship and find love elsewhere, I still have boundaries.)

1b. Help with the furballs. (I’m already giving you a friends-and-family discount on the rent. Given that generosity, I would hope that on occasion you would be willing to take Roscoe for a walk, give him his insulin shot, and scoop Charlize Theron’s litter box. And the furballs are clearly thrilled you are moving in—when you came by to unload your stuff this morning, Roscoe’s happy dance warmed my heart!)

2b. Keep your loom in your bedroom. (I love your weavings— your surrealist reimaginings of old-school, heavy-metal band logos are my favs. But there just isn’t room in the living room for the clutter of a loom!)

3b. Leave the house if I ever have a man over. (I’ve got my eye on this scrumptious little snack and a half, Patrick, who works in the Beer Alley of Whole Foods. And it’s only a matter of time before I drum up the nerve to ask him out!)

4b. Keep your monologues about government conspiracies, chemtrails, and the likelihood that cell phones are (a) being monitored and (b) cause brain cancer, to an absolute minimum.

5b. Get a job. (I understand that while a resident of the Bat Cave, you often housesat for your landlady in exchange for free rent and a nightly dinner cooked by her personal chef. And sure, selling your weavings and doing a little dog walking on the side makes you some cash. But certainly it’s now time for you to re-enter the world of gainful employment. I know too well the challenges of finding work in this town, which is overrun with hipsters happy to slave away at lowwage coffee shop jobs to support their band life. But I believe in you! You can do it! Or you can leave!)

6b. PAY YOUR RENT ON TIME. (I’d like your prorated June rent as soon as possible!)

While I was reluctant to have you move in with me, the truth is it’s surely better than renting the spare bedroom to some rando, which would upset the furballs. However, I am committed to keeping up my boundaries! I will not let your presence disrupt my state of “flow.” Strong communication will be essential to the success of our new platonic-roommate situation. Therefore, if I have any further issues to address with you in the weeks and months to come, I won’t hesitate to leave another note, right here on the kitchen table.

Your friend (without benefits),

P.S. I should warn you about the tweakers in the yellow house next door. The darling old lady who owned it died six months ago and her awful son, Captain Tweaker, moved in. I’m almost positive he and his minions regularly cook meth in that rotting van parked on the curb. At least once a week they party loudly until dawn and chuck beer cans into my backyard. I try my best to ignore them and would advise you to do the same! 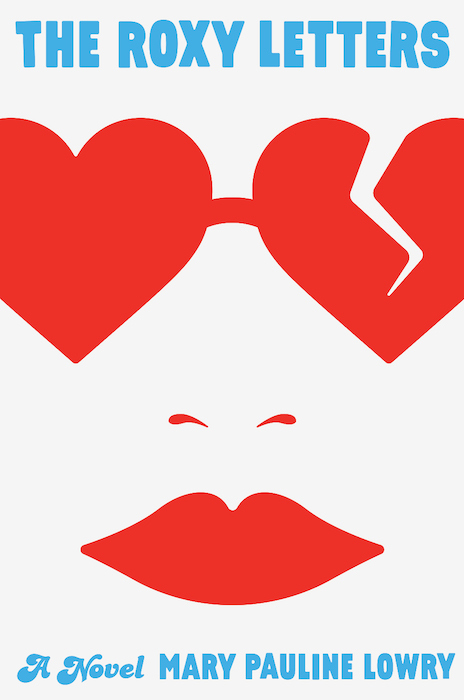 Meet Roxy. For fans of Where’d You Go, Bernadette and Bridget Jones’s Diary comes “just the kind of comic novel we need right now” (The Washington Post) about an Austin artist trying to figure out her life one letter to her ex-boyfriend at a time.

Bridget Jones penned a diary; Roxy writes letters. Specifically: she writes letters to her hapless, rent-avoidant ex-boyfriend—and current roommate—Everett. This charming and funny twenty-something is under-employed (and under-romanced), and she’s decidedly fed up with the indignities she endures as a deli maid at Whole Foods (the original), and the dismaying speed at which her beloved Austin is becoming corporatized. When a new Lululemon pops up at the intersection of Sixth and Lamar where the old Waterloo Video used to be, Roxy can stay silent no longer.

As her letters to Everett become less about overdue rent and more about the state of her life, Roxy realizes she’s ready to be the heroine of her own story. She decides to team up with her two best friends to save Austin—and rescue Roxy’s love life—in whatever way they can. But can this spunky, unforgettable millennial keep Austin weird, avoid arrest, and find romance—and even creative inspiration—in the process?

If you like this article, please share it! Your clicks keep us alive!
Tags
novel
book excerpt
letters
Books
Bridget Jones' Diary