An Open Letter to the Media: Stop Your Irresponsible Coverage of Robin Williams' Death 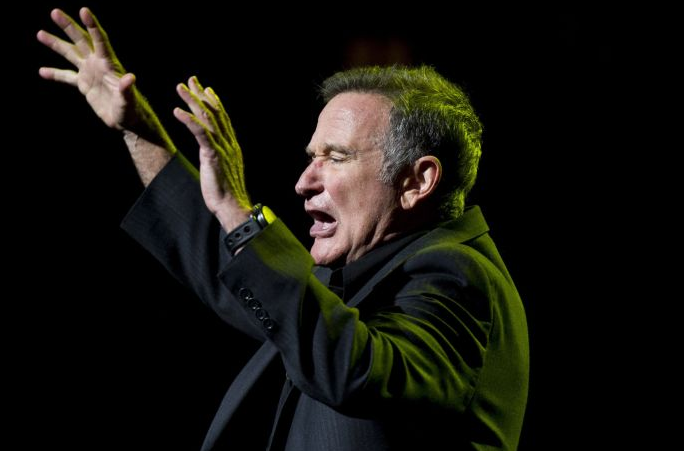 We're all reeling from the tremendous loss of Robin Williams. He was a generally brilliant comedian with a iridescent soul flanked by rainbow suspenders who made millions of people belly-laugh before ending his own life yesterday. And while we’re moved by the outpouring of emotion and hoping it contributes to a long-overdue dialogue about the profound issue of mental illness in our country, we have to go ahead and call out the media for their flagrant irresponsibility. The questionable coverage of Williams' death could literally be contributing to other suicides.

Despite an increasing awareness of the devastating prevalence of suicide and mental illness within America, depression, self-harming tendencies and mental disorders remain highly stigmatized in our society. Those that suffer from any number of mental illnesses—the DSM-IV (U.S. standard reference for psychiatry) recognizes more than 300—often endure it in silence and shame. And while the more extreme psychoses are indeed rarer (like schizophrenia or borderline personality disorder) it's estimated that nearly half the population will have a diagnosable mental illness at some point in their lives.

These issues, assuredly, deserve ample attention. But while our collective consciousness is focusing on these matters in the wake of William's death, there’s also a shit ton of dangerous reporting going on. And it needs to stop immediately. (If not sooner.)

According to the organization ReportingonSuicide.org, there are more than 50 research studies worldwide proving that “certain types of news coverage can increase the likelihood of suicide in individuals.” The increase of the risk is “related to the amount, duration, and prominence of coverage.”

Wow. From where we’re standing—like the other 2.8 billion people with an Internet connection—we’re being absolutely inundated, not just with coverage of Williams’ death, but every sickeningly specific detail surrounding it. By all means, mourn the man, but can we do it without sensationalizing his final moments and unabashedly pandering for clicks and retweets?

Breaking news: these sordid details do not constitute news. Not only are they probably eviscerating his family and loved ones again and again (and again), it’s contributing to the documented phenomenon of suicide contagion.

So let's vow to do a helluva lot better—enough with the sensationalistic headlines, the gritty details, the insensitive and ignorant reporting on mental health. It’s time to institute best practices for covering this issue, handily available through years of in-depth research designed to do just that.

As Williams might have said, it’s our move, chief.

(For those of you who need help, please reach out to the National Suicide Prevention Lifeline at 800.273.8255.)

If you like this article, please share it! Your clicks keep us alive!
Tags
Robin Williams
suicide
mental health
mental illness
death
media