Why the Gender Gap in Comedy Isn't That Funny: A Special Ravishly Series 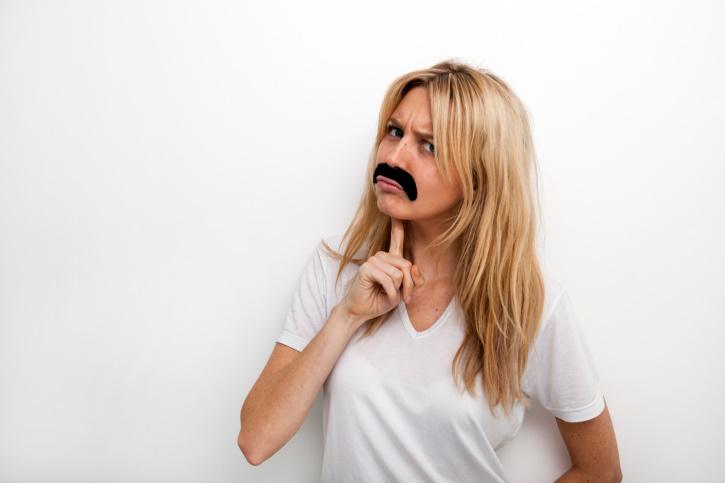 This is part of a special Ravishly series addressing the gender gap in comedy. Read our editorial take below, and personal essays from seven leading female comedians here.

In the age of Tina Fey and Amy Poehler and Tig Ntaro and Chelsea Handler and Bridesmaids and The Heat and Inside Amy Schumer, it makes sense that for many, the question of a gender gap is perhaps an erroneous one, and generally makes them want to hurl a rotten tomato at the foot of the stage.

At worst, these overly vigilant observations can serve as a distraction from progress. Like a lone mime stumbling through an improv show, constantly questioning the hierarchy of gender in humor feels like a decidedly unfunny aside, plaguing an otherwise hilarious routine.

And yet . . . it's nearly impossible to conclude—based on some pesky evidence—that the comedy world has indeed achieved gender parity, its gates of glinting pearly glory opened equally wide to men and women.

Yes, there was the bawdy Bridesmaids, but that represents the first, and still the only, female-ensemble raunch-fest to make serious bank at the box office. Studio execs were beside themselves that women—women!—could make poop humor funny and go there (wink wink) with dirty sex jokes. While Sex and the City made $153 million at the domestic box office—an obvious success—Bridesmaids was a horse of a different color. It proved that a female-starring comedy could ultimately transcend gender, appealing to men and women alike as it toggled between rom-com, raw bathroom humor and the trials and tribulations of female friendship.

And let us briefly remind you that the late-night world—considered the pinnacle for most comedic careers, is almost exclusively a men's-only club, with the lone Chelsea Handler crashing the party. Then again, her late-night show is on E!, many channels removed from the big-name broadcasters. (This is to say nothing, of course, of how whitewashed that party is. But that's a tale for another day.)

In the stand-up world, the situation is no less gender-skewed. Last year, all 10 of the highest-paid comedians—collectively netting a cool $173 million—were guys. By our count, of the 683 people big enough to warrant inclusion on Wiki's list of "American Stand-up Comedians," just 92 are women. That equates to a not-so-funny 13%.

Meanwhile, in writing rooms, men are the ones who tend to serve as comedy scribes. A few years ago, a co-creator of The Daily Show, Lizz Winstead, remarked that only three of the 150 writer submissions were from women when she first joined the show, and none were deemed good enough to make the cut.

Perhaps funny women are discouraged by things like that inane Christopher Hitchens Vanity Fair article arguing—with a straight face and a thinly veiled desire to offend—that women simply lack the humor of men. Or Jerry Lewis telling a crowd at the U.S. Comedy Arts Festival, "I don't like any female comedians . . . a woman doing comedy doesn't offend me but sets me back a bit. I, as a viewer, have trouble with it. I think of her as a producing machine that brings babies in the world." Or Adam Corolla proclaiming, "The reason why you know more funny dudes than funny chicks is that dudes are funnier than chicks."

Hell, two male psychology researchers even went so far to argue that men are funnier than women because of straight-up biological imperative, writing:

If humor is a sexually selected trait, and women look for it more than men as a signal for intelligence, we can expect that men will be better at producing humor since they are competing against other men for the attention of women.

If men do not view women's sense of humor as an important virtue and it doesn't play an important role in their mate selection, women should not develop humor ability as much as men.

Of course, this dubious evolutionary theory is nothing more than a theory and a head-shaking one at best; seeking to prove a sociological phenomenon through Darwin's conjectures on intra-sexual competition is an interesting concept, but this isn't a cocktail party where we're simply seeking to amuse. Humor sits at the strangely subtle crossroads of emotional, societal and sexual awareness; conflating a person's ability to be funny with the shape of their genitals or mating tactics is a gross reduction of the obviously complicated interplay at hand.

Know any funny women? How about utterly humorless men? Case closed. Yet this assumption plays no small role in a pervasive gender gap that can't be ignored.

To further stir the stew and explore this issue, we asked those who know best—female comedians themselves—to answer this question: Are men really funnier than women? Their answers make it patently clear that  . . . well, you'll just have to read on for the punch-line.