A Toke A Day Could Keep Alzheimer's Away 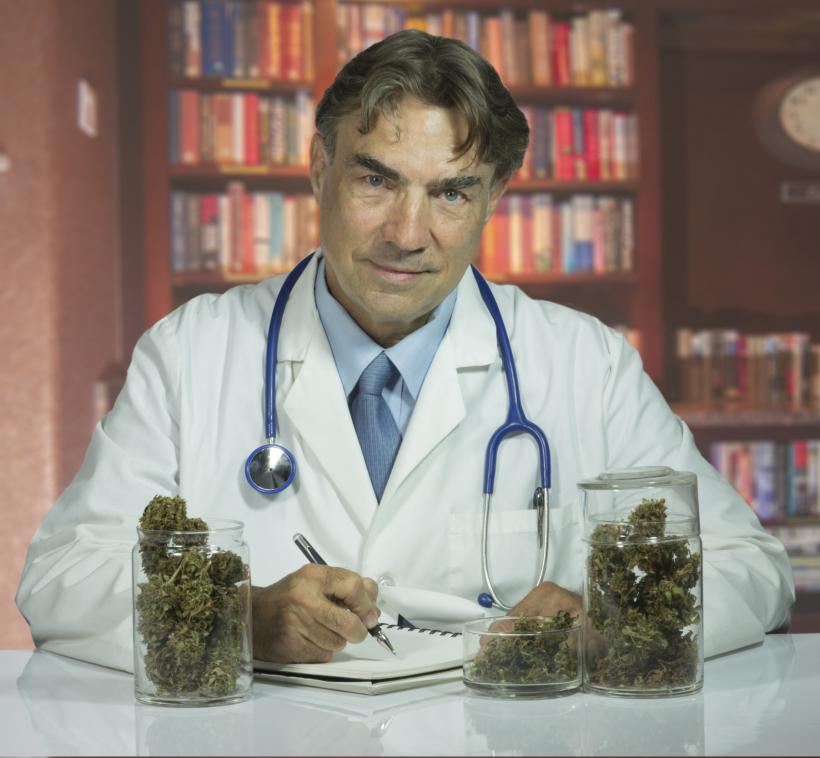 "The doctor will see you now." Thinkstock

In perhaps the greatest irony of all time, a new study has discovered that smoking pot—long associated with short-term memory loss—could help counter the onset of Alzheimer's.

According to research from the USF Health Byrd Alzheimer's Institute, there might be a groundbreaking use for marijuana in the medical field. Alzheimer's, which affects more than five million Americans, is a devastatingly degenerative disease and currently sits as the sixth leading cause of death in the U.S. The condition racks up a $113 billion bill at Medicare offices, with more than $36 billion left to be scrounged from patients' pockets. Finding an effective combative tool—let alone a preventative one—would have major impact on countless lives, offsetting not only the physical, but often crippling financial burdens that the disease causes.

The researchers discovered that extremely low levels of the THC compound found in marijuana (most noted for producing the much-coveted "high") appeared to reduce the brain's production of beta-amyloid, a "chemically sticky" protein which can build up and cause plaque. These pernicious clumps are believed to block communication between synapses and are found in most aging brains, whose abnormal accumulation is now considered a hallmark precursor to an Alzheimer's diagnosis.

Additionally, the scientists observed a connection between trace amounts of THC and a selective enhanced functioning of mitochondria, AKA the cell's internal powerhouse. While cannabinoids are known to be potent antioxidants, this study marks the very first time their benefits were linked to Alzheimer's treatments.

If THC in low doses can in fact serve as a preventative treatment for Alzheimer's, it wouldn't be too far-fetched an image to picture the next generation's Walgreens stocked with THC supplements, as it is with Ginko, St. Johns Wort and numerous other plant-based remedies. The difference will likely lie in regulation; as Neel Nabar, the study's co-author, puts it:

"Just because a drug may be effective doesn't mean it can be safely used by anyone. However, these findings may lead to the development of related compounds that are safe, legal and useful in the treatment of Alzheimer's."

With over half of a million American lives claimed as victims each year, we're hoping these scientists will break out the bong and get these remedies rolling for FDA approval.

If you like this article, please share it! Your clicks keep us alive!
Tags
alzheimers
medical marijuana
medicare
health
wellness
aging