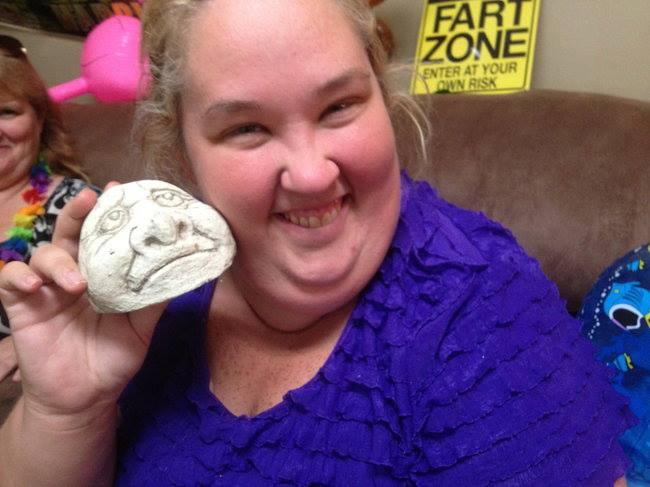 Usually, I take pride in abstaining from reading gossip about humankind at its cheapest—like Here Comes Honey Boo Boo—but the significance of a new story involving the show makes such ignorance inexcusable.

The show is—to my understanding—another useless "reality" TV show that was created so the nation could mock a redneck family and, in turn, feel better about their own lives. The premise focuses on Honey Boo Boo (who, for the record, has a perfectly nice name: Alana), a child beauty pageant contestant in Georgia. Alana (yeah, I can't bring myself to type "Honey Boo Boo" in all seriousness) gained fame from an arguably more humanity-devastating show: Toddlers & Tiaras. So, Here Comes Honey Boo Boo follows Alana and her aforementioned family. Cheap laughs, staged exploits and self-disgust follow.

But soon, the show could be no more.

Why? June, Alana's mother, is dating a new man named Mark McDaniel. The two dated previously, and have since reunited after McDaniel's prison sentence ended. Turns out, McDaniel was in jail for aggravated child molestation (meaning: sexual abuse that caused physical harm and injuries to the child) on an eight-year-old back in 2004. Not only was June dating McDaniel at the time of the incident, but the victim is a relative of hers. Though the "relative" is not named, it was made clear that June is still in contact with said family member.

Let's pause here for a brief reminder about the devastating impacts of child abuse. When the American Counseling Association studied the long term effects of child abuse, it found that victims are likely to suffer from depression, shame, self-blame, eating disorders, repression and anxiety. They also have difficulty establishing relationships—not just romantic, but all.

When June returned to the arms of her former lover, she sent a message to her victimized relative. Her actions said: "I'm OK with the fact that McDaniel has potentially ruined your life. His companionship means more to me than your fundamental well-being." This is appalling.

June isn't the only one guilty by association. TLC, while suggesting impending cancelation, hasn't exactly taken a hard-line stance on the matter, saying only:

“TLC is not currently in production on Here Comes Honey Boo Boo. We are very concerned about this new information and are reassessing the future of the series.”

"Reassessing the future of the series"? In light of this recent development, even implying there's a chance that the show will be kept on air is irresponsible. What exactly will TLC head honchos be reassessing? And could it have anything to do with the show's existing slipping ratings, and a cost-benefit analysis between money and moral rightness?

This is a show that has long valued viewers, ratings and advertiser revenue over anything involving integrity. So while we're hoping TLC ultimately takes a firm stance on getting rid of the show and condemning June, let's just say we're not exactly holding our breaths.*

*As a cynic, sometimes being wrong is the best thing ever! Since we posted this, TLC has officially cancelled the show. Here goes Honey Boo Boo . . .