We Do What We Must Because We Can: A Letter To My Future, Post-GamerGate Self 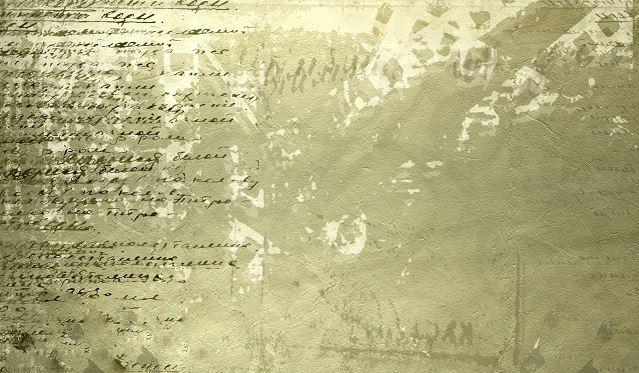 Dear Me In The Future,

I hope you are not dead.

I realize I haven’t really afforded you better avenues—after you say “please stop leaving painkillers at my house when you stay over, I have a problem” so many times, you can’t help but coalesce to this conclusion that everyone is doing it on purpose as some sort of immersion therapy, and you have to play along to maintain your relationships.

But: My life is a shitty superhero sequel right now and I need every relationship I have.

Remember our red pickup truck? Those long nights driving through still black hills, singing to distract the neurons and synapses from their task of imagining all the ways we would die lost and alone out in the middle of nowhere?

“We do what we must because we can.” Wherever you are now, you got there in part because of this song.

Maybe you’ve moved on. Maybe you bought a farm in Montana, where you build ukuleles out of broken produce crates. Or you’re adrift in a sea of urban anonymity—you thought your heart a lost cause, or thought it better broken as it was more like modern art.

You have either forgotten or forgiven me—I guess the possibility that you’re just too lazy to build a time machine and confront me about what I’ve done shouldn’t be overlooked.

In any case: I owe you an explanation.

Last week I took a break from writing about GamerGate to gently confront Linda V Shanko, aka GenderTrender, one of the cadre of trans exclusionary radical feminists (TERFs) who have stalked and harassed our friends, lovers and community for years.

I made a casual reference to the most famous, most prolific TERF—my intent was not to indict, but to illustrate that we are individuals in larger, arguably adversarial movements.

Well that casual reference proceeded to feature me on her blog, replete with my birth name, home address and links to videos I’d forgotten I’d even made.

There have been phone calls. Anonymous hate messages. Four-month-old tweets about my genitals are retweeted with commentary on the likelihood that I’m a rapist and predator.

Sometimes someone will knock a single time on the door, or hit the doorbell once and leave.

There is probably more—I can’t look. To see, for a single second, the things they say about me and my cock would untangle me.

In a single week, I was targeted by GamerGate and TERFs.

I hope, if you’ve stopped having nightmares of strangers assaulting you on the train, that you have come to appreciate how fucking rad it is that your very existence posed such a threat it brought two hate groups who loathed each other together.

You may be less stoked to see that this (maybe inadvertent) collaboration has expanded to double team other women in games, with the aforementioned TERF now moving on to Anita Sarkeesian, who's already visible (and vulnerable) because of GamerGate.

Your first month as a full-time paid journalist was spent hiding out on people’s couches and not opening your mail, and you have a right to know why.

Why did I write about GamerGate when I knew and I saw that anyone who even mentioned their name was immediately swarmed with slurs and threats?

Why did I call out the “final boss” of TERF ideology when I had seen her crush so many other trans women?

I do what I must because I can.

I moved out to the Bay Area to re-contextualize my transition and identity, apart from the criticisms of friends and family. I wasn’t going to “enact change” or “challenge people’s perceptions” with my art in rural Arizona.

Instead I learned that people didn’t mind the way I arranged words in a document, and that my love for solidarity and community outweighed, if only slightly, my deafening self-hatred.

These things are in themselves a privilege—if people trust what I’m saying, it is because I was patiently educated by marginalized women who thought I could be doing better.

Some just aren’t here anymore. It got too much. Bullying works. We are afraid to look this fact in the eye, hoping in the margins of our averted gaze that online harassment is limited to “a cog in the gear of progress” and not actively destroying lives, tearing families apart and creating a demand for bolder, more debonair displays of pushing the luck of your systemic privilege.

It has been one week of this harassment and I may never sleep more than four hours at a time ever again.

Some women have had to sustain this static for fucking years. And they did it, in part, for me. And now that they are gone, I'm doing what I can. For someone. For anyone. I don't like to imagine the people I might affect with my work because then you're just imposing your aesthetic and political preferences on non-existent people and setting the very real people with very real vulnerabilities who follow in your wake up for disappointing you, stirring resent.

(See also: all these TERF elders posting my deadname onto Twitter).

Whoever wants to be on my team should take a uniform.

It has not gotten “too much” for me yet—but it will. I don’t know where on the graph “my patience for this bullshit” will meet “the available resources of GamerGate, TERFs and whoever the hell else wants to join in.” But the math, however indecipherable, is there.

You may be alone now, but you had such a beautiful garden of gracious and proud women in your life. Women who would bring you bubble tea before your lecture and remind you that you had worth and could bring light to the world without constantly setting fires.

Some of those women are probably gone now, too. Their absence may leave a dull deafening ache in your heart, but right now their love and support are everything and I’m doing what I can—not for them, but with them.

They have had their grandmother’s phone numbers posted to wikis and been followed home at night by their mailman.

You were not a wanderer in a strange neighborhood, but a backbeat of combat boots in a gang of girls who took no shit, though it was heaped onto them every fucking day.

We do what we must, because we can. Until we can't.

Which is where I leave you, wherever you are—alive or dead, making ukuleles or growing kale.

You may be burned out but you were pretty fierce, and there’s no shame in admitting the daily abuse hurled at you eventually adds up to a minus.

You’re only human and that is all we’ve fought for, against GamerGate and against the TERFs—for the right to be only human.

I love you. As a friend.

-You From The Past