Watch: Woman Gets Catcalled 108 Times In Less Than A Day 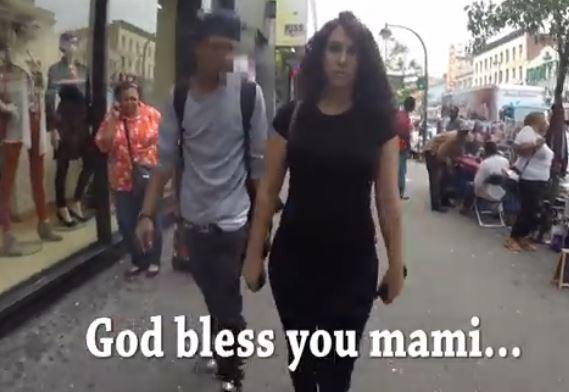 In case you haven't see this already, here's the video that dominated your social networks late last night.

This short video documents a day in the life of a woman, walking down the street . . . and the numerous comments and catcalls she receives just by going outside.

Created in conjunction with Hollaback! and captured via the magic of hidden camera, her 10-hour trek around New York City in simply jeans and a T-shirt recorded a sadly-not-at-all-surprising 108 obtrusive comments from strangers, ranging from the questionably polite (An uninvited "How you doin' today?") to the straight-up disgusting (stranger follows her down the street for several blocks).

Though we might roll our eyes about it with our friends, and occasionally complain about it on social media, street harassment is an arm of sexual harassment that goes largely ignored. Largely ignored, or largely mocked for not being as "serious" an issue as rape or sexism in the workplace. This video, and the over 5 million views it's accumulated in just a few hours, goes a long way in making ubiquitous, offensive harassment real for millions of people.