Body Of Truth, And The Truth Of My Body 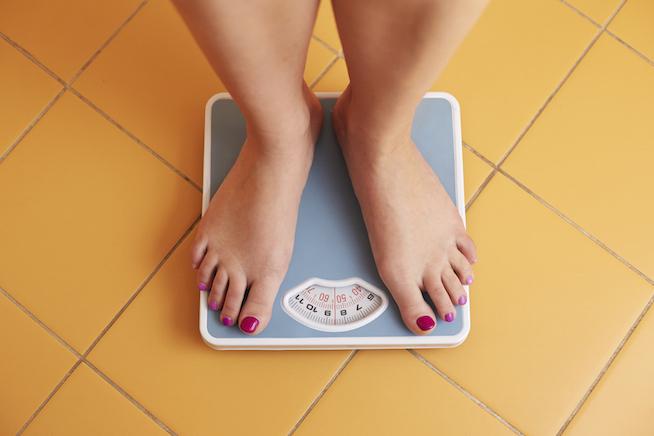 Another day, another headline: More Than Two Thirds of Americans Are Overweight or Obese. Every day we wake up, and every day there is a new study, a new article, a new opinion about the weight-health correlation.

The tagline of this article in particular reads, “Most U.S. adults are an unhealthy weight.”

The word ‘most’ is relatively objective. Unhealthy? Not so much.

Causative, simply put, means one thing causes another. For example, putting a cake in the oven causes it to bake (yum, cake).

Correlative, which is often mistaken for causative, is another thing entirely. When things are correlative, they may or may not be related, but one does not automatically equal the other. Example: It is your birthday and I baked you a cake. Or, conversely, I baked a cake and you cut your hair.

Correlation is not causation.

For more on this, see Body of Truth by Harriet Brown. There are a number of books that provide well-written, intelligent information regarding the fat/health connection. Body of Truth is my current favorite, and Health at Every Size already occupies a permanent space on my nightstand. The only real trouble with books such as these is that we have to seek them out. For whatever reason, the media doesn’t want us to have this information. In fact, the media may not even be at fault there. They too are being spoon-fed the same ostensibly statistical data they are feeding us. Different source, same result.

The aforementioned article includes a five-minute video about fat/diet/health. They definitely hit the mark with a few points:

One in 10 American adults have Type 2 diabetes (well it’s actually one in nine, but who’s counting?).

May I remind you, correlation is not causation.

Body of Truth discusses all of this in-depth, and you should probably, definitely run, not walk, to your nearest bookstore — or Amazon or Kindle or Oyster (which I, capital L, Love). Knowledge is power. But let me sum it up for you in eight words:

Weight and health are not always causally related.

And implicit in the acceptance of fat = disease, is the notion that thin = lack of disease — or “healthy” — which is simply false.

The perpetuation of this myth is not only insensitive, it’s dangerous. The idea that the road to health and beauty has only one course, one destination, is making people hurt themselves in an attempt to reach it. I hurt myself. The beauty/health/weight myth wasn't solely responsible, but it certainly RSVPed to the party. And it brought its friends: control, shame, and pride.

You may know a number of things about me: I’m a heterosexual cis female — well, I score a 3 on the Kinsey, but that’s not really relevant. I have five children. I like books and cake. I knit (I may have a yarn problem).

Here is what you may not know about me: I had an eating disorder. I’m only just recovered from it. Some days I'd even say not recovered at all.

It’s fair if you didn’t know that. I didn’t even know that.

One day, during a regular, nondescript appointment, my therapist said to me, “Well. Joni. It sounds to me like you’re suffering from an eating disorder.” I said, “Nooo. I don’t think so,” shaking my head hard. Because the harder I shake it the more true it is. But then I went home and thought about it.

If you had asked me when I was calorie restricting — and exercising several hours a day to allow myself to eat — I would have said, “I’m driven. I’m disciplined!” I was, in point of fact, both of those things. And also sick.

Here's what was most problematic: my arrival at ‘sick’ had the outward appearance of self-control.

Culturally, we value self-control, and I was certainly proud of myself for mine. The more weight I lost, the more accomplished I felt. Every compliment on my svelte figure, my discipline, and shiny new clothes only fueled me further. There really was no final stop. Only a road that meandered to no end.

I ended up divorced and in a new marriage. The disordered behavior didn’t end my marriage, but it didn’t help it, either. My new husband probably also saw my behavior as "driven," at least in the beginning — eventually, not so much. Once I was revealed as broken, I was sure he'd run.

We wanted to make a baby, badly, so one day I just stopped starving myself. Despite my inability to admit it, it took a lot of energy to maintain all that nonsense. It wasn't that hard for me to change my behavior, not for the sake of procreation anyway. This version of "self-control" — I'm going to eat now, even if I gain weight, because that's healthy for our unborn fetus, which is more important than me, or my "fitness", or my physique, or my "beauty" — only furthered my cause, painting me as capable. I can quit anytime I want. See. Watch me.

I got pregnant, and my weight crept up. And then I got pregnant again. And my weight crept up. Again. Understandably, I panicked. And then I started again with the restriction, the obsession, the relentless counting — everything from food to steps to pounds, diligently recorded in My Fitness Pal. My Fitness Pal really was my pal, and by pal I mean Mean Girls -type pal that tells you there will be no sitting at the cool table until you're thin and perfect. Don’t eat that. Walk more. Sit less. Count those calories. The weight came off — 30 pounds, half of the 60 I had lost five years before. This was the desired outcome. The undesired outcome? The return of an obsession, the illusion of control, the torture that goes with that.

How did this happen? It’s a valid question. It would be convenient to blame the media; the unattainable standard of beauty. And that would actually be correct — at least in part. The other part was me. My pride, my self-centeredness, my need to control my surroundings — my life, my everything — they drove me.

They mostly drove me to madness.

A lot of this change was self- (and therapy) driven, and not a small part of it was reading, talking, and educating. I consistently seek out the people and science that aids in my recovery, that which does not damn or shame me. I consistently immerse myself things like HAES and Body of Truth. Those truths speak to me. They fuel my desire to recover, and to share my recovery story with others.

I haven’t reached the end of my road. It’s not a direct route, but I’m on my way.

Stay tuned: Next week here are Ravishly.com, we'll be launching our week-long Body Talk campaign. We'll be talking all things body acceptance and hosting a special giveaway, which will include a copy of Body of Truth, a super-sweet Riots Not Diets shirt, and a special pack of inspiration from yours truly.

If you like this article, please share it! Your clicks keep us alive!
Tags
eating disorder
ED recovery
scale
diet
bulimia
body of truth
harriet brown