5 Things I Wish You Understood About My Personality Disorder 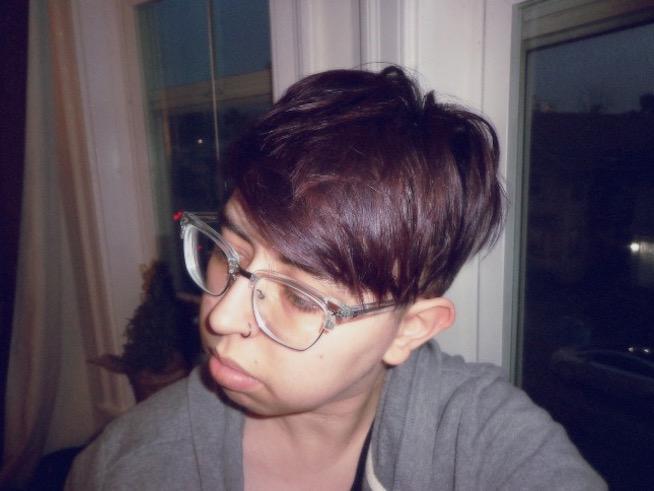 The best thing to do is give me the space I need to work through it.

You can ask me to assume responsibility while also being compassionate as I navigate my disorder. These are not mutually exclusive things.

I’ve talked openly and unapologetically about struggling with bipolar disorder and anxiety. I’ve proudly claimed those labels and found empowerment in talking about what I’ve been through.

But I’ve never written about my personality disorder. I kept waiting for “the right moment,” reasoning that I had every right to disclose it when I was ready.

It took the longest, I think, because of all the stigmas I’ve faced, personality disorders carry one of the greatest. Because to most people, it’s not a flaw in brain chemistry but a flaw in our personalities, in who we are, in the way that we move through the world.

Who would want to own that?

Personality disorders can be the easiest to judge and the most difficult to understand. Which is exactly why I want to talk about it and exactly why I’m done pretending it doesn’t exist.

So, deep breath, here we go: I have OCPD.

That stands for obsessive-compulsive personality disorder, not to be confused with OCD, which runs a bit parallel but is not the same thing. It’s a little bit different for each person, but for me it’s like perfectionism on steroids and it has wreaked a lot of havoc in my life. And every day, I still struggle with it.

Like many people with personality disorders, it can be impossible to find people who really get it. Which is why I think opening up about it is critically important. So for starters, here are five basic things that I wish people understood about personality disorders like mine:

1. My personality disorder is not a character flaw.

The way I’d describe my disorder is like this: It’s a filter that sometimes impacts the way I initially view a situation or how I feel about events as they happen.

For example, with OCPD, I might respond to criticism by viewing it as an all-defining remark on me as a person instead of a commentary on a single situation. Before I understood my disorder, I developed some really unhealthy coping strategies (which later became compulsions) that I’ve since identified in therapy and begun to unpack.

OCPD can affect my gut reaction to something, but it doesn’t mean I can’t be self-aware, examine those attitudes or feelings, and work through them. I can slow down, see that I’m jumping to conclusions, and reason through it as best I can.

I think some of us have more hurdles than others, depending on our upbringing or circumstances. Sometimes we need extra resources or support to figure out how to overcome them. Those hurdles don’t define us — it’s what we do when we’re faced with them that really say something about who we are.

Learning better coping skills and unlearning the shitty ones can take a lot of time. I don’t enjoy the dysfunction or harm that sometimes happens when I’m not able to cope well. In fact, I deal with a lot of shame as a result.

I am very committed to working on the negative coping strategies that have become so ingrained over time — please don’t assume I’m not just because I made a mistake.

With OCPD, sometimes my perfectionism is so bad that I self-sabotage. The idea of failure becomes so overwhelming and unbearable that I procrastinate, panic, and watch as things fall apart, seemingly in slow motion.

I find it difficult, if not impossible, to admit when I’m struggling and that I was anything less than perfect. It’s very painful for me. And it’s something I’m working on.

While I’m doing better than I used to, I sometimes don’t even realize what’s going on until the damage has been done. It’s a daily battle.

Of course, I need to take responsibility for the consequences of my actions and I owe you an apology when it affects you.

But I really need you to know that none of this is happening with malicious intent. I promise that it does not reflect a lack of respect for you or care for you.

3. When I bring it up, it’s not because I’m trying to make excuses.

When I’m sharing how my personality disorder affects me, it’s not because I want to excuse my actions or deflect responsibility. I want to offer some meaningful context so you can understand why I made a particular choice, and how we can work together to make sure it doesn’t happen again.

I bring it up because I want you to know that it’s something I’m aware of and working on.

Which leads me to my next point…

4. I can be held accountable for my actions but also be held in compassion.

When I make mistakes, I don’t want you to chalk them up to my disorder and move on.

I want you to be honest with me, engage with me, and have a conversation about the impact I’ve had — even when it’s hard and especially when it’s hard. You should hold me accountable if I’ve messed up and I hope that I will rise to the occasion, and see that accountability as an opportunity to improve.

But at the same time, personality disorders can be very debilitating, emotionally draining, and painful. Many of us can feel hopeless, ashamed, and despondent when we continue to make mistakes even when we desperately try not to.

You can ask me to assume responsibility while also being compassionate as I navigate my disorder. These are not mutually exclusive things. I hope that when I mess up, you’ll keep this in mind and that we can work together to make things right again.

5. I’m not being “irrational” on purpose.

I am a master at jumping to really big conclusions.

OCPD means that sometimes something is either black or white and it’s nothing in between. You might mention in passing that I hurt your feelings, and suddenly I’ve concluded that I’m the worst human on planet Earth, and that I can never show my face in the light of day again.

And I know — trust me, I know — that when I sit and really think about it, it’s not a logical train of thought.

But the surge of emotion and pain that comes with it is so very, very real for me. Sometimes I have to sit with those feelings for a while (which is uncomfortable as hell) before I can finally hear what you were saying in the first place.

Like I said before, personality disorders can be a filter that colors every situation and every emotion. And a fish in the bowl doesn’t always see the water — it takes a lot of work to get to a point where we can.

So be patient with me.

Don’t call me “dramatic,” “irrational,” and don’t tell me that I’m “overreacting.” Because in this moment, the pain that I’m feeling is the realest thing I know, and it’s not something that I chose or wanted.

The best thing to do is give me the space I need to work through it. Recognize that my first reaction may not be representative of how I’ll feel or think about it later on. Remember that there’s this hurdle I have to jump over (or sometimes trip over) before I can meet you where you’re at.

I’m working on it. And I’m grateful for the people who give me the time, space, and love that I need to push through.

I get stronger every day, in part, because you believe in me.

If you like this article, please share it! Your clicks keep us alive!
Tags
OCPD
personality disorders
mental health
mental illness