When Your Addiction And Depression Are In A Codependent Relationship 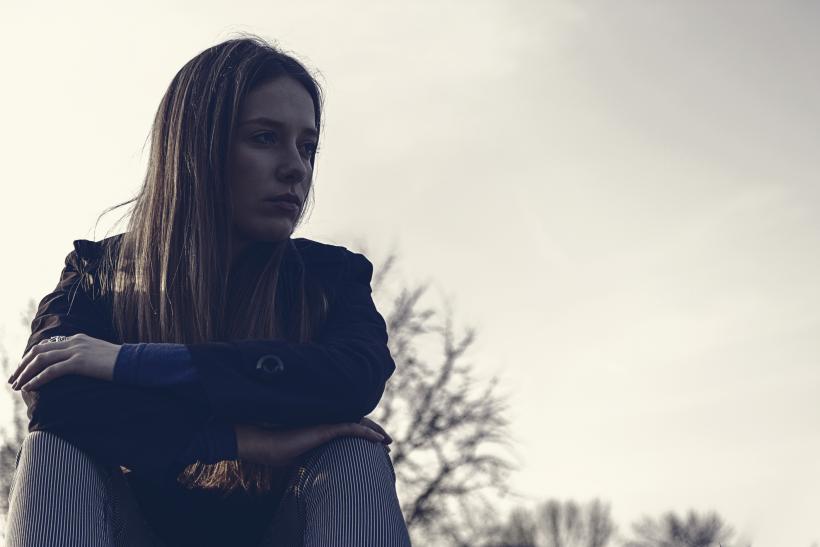 So began the long, toxic love affair between my depression and my addiction.

I was seven the first time I actively thought about killing myself. I thought about it so actively that I clumsily and unsuccessfully tried to do so with a handful of Tylenol. Needless to say, it didn’t work.

Around the same time, I stole my first pill. I think it was a Darvocet. It was from an expired bottle that had belonged to my grandmother. I had no idea what it was or what it did except for the warning label on the bottle: “May cause drowsiness.” Drowsiness was almost where I wanted to be. Where I wanted to be was unconscious.

I have often imagined my addiction standing on a porch, waiting for my depression to come home, chanting quietly, “Without you I am nothing.”

Drugs softened the edges of the stranglehold of depression.

So began the long, toxic love affair between my depression and my addiction. They egged each other on. They battled silently and stealthily for control over my body and mind. They depended on each other to thrive.

I have often imagined my addiction standing on a porch, waiting for my depression to come home, chanting quietly, “Without you I am nothing.”

Dramatic personification aside, every time my depression came knocking, I turned to drugs. First to pills, stolen here and there. And then, at age 13, to heroin.

People have often asked me how it was that a 13-year-old girl attending a prep school in an affluent suburb of Los Angeles in the late 1980s decided to put a needle full of heroin in her arm.

My answer is always this: There was no decision.

I was continually looking for a way out — out of feelings that swallowed me over and over, slamming me to the ground in a puddle. I had no grasp on what I was experiencing, let alone the language or maturity to reach out for help.

Worse still, keeping that secret — the secret that I felt so low, so out of control, so inclined to want to carve lines into my body, that I felt like a monster hiding behind the mask of a child, that worst of all, I felt crazy — was, to me, more important than my life.

And I excelled at hiding my mental illness and drug addiction. I had many friends. I was outgoing. I was an actress, an equestrian, a cheerleader, a volleyball player, a straight-A student. Nothing could possibly be wrong.

But I was a young girl who used heroin to function, to smother the feelings that made me feel “crazy,” to hide who I was because no one can see me, because if they did they wouldn’t love me, because nobody loves a monster.

I hid addiction successfully until I was 23. That was the first time I was exposed, the first time I went to rehab. And I embraced the label slapped upon me. I was an addict. It explained everything to me. I felt relief. I believed the problem all the time was the disease of alcoholism and addiction. I believed my brain was wired to seek a high.

This was only partially true.

What I was seeking was to feel anything other than what I felt.

For the next five years after getting caught, I spent my time in a revolving door of sobriety and relapse. With each relapse, my mental health issues became exacerbated. And each relapse was precipitated by episodes of severe suicidal ideation.

My real recovery from addiction did not begin until I began to address the ogre under my bed — mental illness. It became clear that this highly immeshed and toxic bond between my addiction and my depression had to be unraveled. This process was difficult, at times excruciating.

That January night spawned discussions between my parents, my boyfriend, and a few friends — discussions that ended with the names of institutions disguised as spas in deserts, in other states. The great pretender inside me rallied, and I showed them I was fine. I’d snapped out of it. Look at me! I’m going to 12-step meetings. I’m taking my meds. I’m working. I’m good. I swear. I’m sleeping. I promise.

I broke up with my boyfriend, I stopped taking my meds, and I relapsed, again.

I’d like to say that it was a moment in time that solved everything for me. In one sense, it was. I stopped using drugs when I got pregnant with my first-born son. I have not used heroin for more than 15 years. But the other stuff — the depression, the suicidal ideation, the addict behavior — it didn’t disappear all at once.

It faded slowly and sometimes painfully; it occasionally visits me still.

Just last week, I felt that subtle pressure of the tendrils of depression sliding their way around my neck. The difference now is that I am medicated. I have tools. But, it’s a marathon, not a sprint. And thankfully, somehow, my depression has a restraining order against my addiction.

It has taken years of talk therapy, medication, and learning to use cognitive behavioral tools. It has taken patience on my part. It has taken a willingness to admit what I’m feeling. It has taken me giving up control — a false control I never really had anyway.