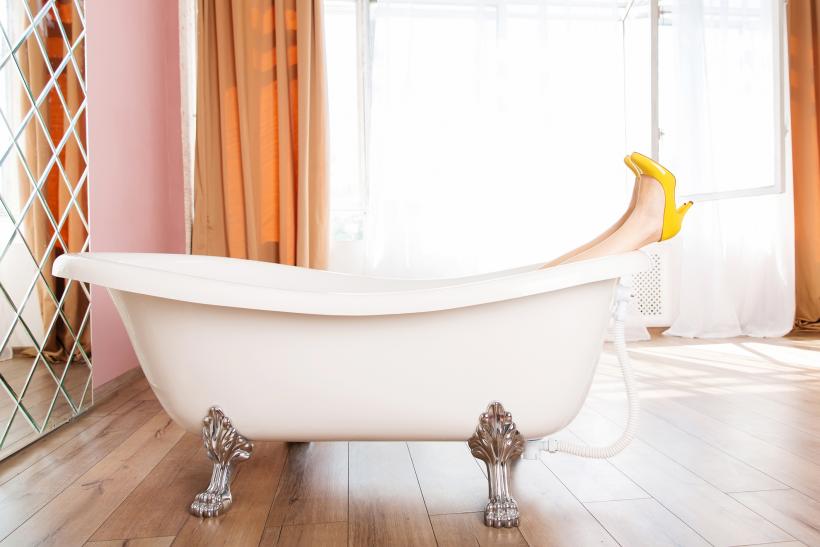 Real self-care is respecting yourself instead of, quite literally, spoiling yourself.

Self-care is a phrase so enthusiastically tossed about as of late that in many ways it has lost all meaning. In the same way “wellness” has gone, the concept now seems vague and fuzzy, somehow ineffable. That doesn’t stop it from being used to describe all manner of objects and rituals, from a face mask to a salad to a long walk in the park. No wonder people are confused.

Currently, the self-care trend seems to be stemming from the fact the world is such a scary and horrible place at the moment. A quick scan of the news headlines on any given day creates the impression more of a dystopian novel than the actual world we’re living in. And do you know an excellent way to avoid feeling horrified and nauseated every single day?

Stay away from current events.

To a certain extent, this advice works. Is it better to avoid things which cause you existential pain? Probably. Is a break from a total bombardment of the negativity of benefit to the soul? I’d say so.

But remaining ignorant can’t be the epitome of self-care.

For one thing, not knowing that stuff is happening doesn’t stop said stuff from happening. And for another, compassionate people not knowing about this stuff is a sure fire way for it to keep on happening, undisturbed.

But the self-care sensation goes much further than simply the avoidance of bad news.

Like all modern phenomena, it is primarily rooted in good old making-us- buy-stuff. Can’t find peace and happiness in the world as it exists? Don’t worry: there’s a purchase for that.

This combo of self-care to mean news-avoidance and self-care to mean buying-stuff muddies the waters even more. Because self-care isn’t either of these things. And it certainly shouldn’t be simplified down to hot baths and scented candles and watching movies from your childhood. Those things are all nice and are all aspects of looking after yourself, but it’s a reductive view of the actual, relevant, varied, and challenging process that is self-care.

For many with mental health issues, self-care is an essential aspect of life. It might not look like it does on Instagram, but for millions of people, acts of self-care are going on every day.

Taking “looking after oneself” to mean “total hedonism” is obviously extremely problematic. For one thing, hedonism is generally regarded as not that much of a good thing. The
association makes the leap from self-care to self-ish all too easy to take. And it totally misses the point.

In fact, I think hedonism gets a bad rep. I’d go so far as to make a distinction between mindless and mindful hedonism. If we take hedonism to mean the seeking of pleasure, then the concept of pleasure needs to be carefully examined. Because pleasure is not some concrete, permanent thing to be obtained once and for all. It’s a notional and malleable thing.

Mindless hedonism is, to me, chasing pleasure in the now. Eating the whole cake even though you know you’ll feel ill tomorrow. Buying the overpriced body butter even though it’ll mean you’ll be living off instant noodles for the rest of the month. These aren’t act of self-care.

Mindful hedonism, though, is what my friends and I refer to as “hooking your future self up.” It means doing things that aren’t so immediately gratifying, but will end up improving your life.

This is proper self-care — respecting yourself instead of, quite literally, spoiling yourself.

This illustrates another problem with how self-care is talked about. Because the perception of it now is as some indulgent activity for people who don’t have enough hard work to keep them occupied. And that’s simply not the case. For many with mental health issues, self-care is an essential aspect of life. It might not look like it does on Instagram, but for millions of people, acts of self-care are going on every day.

Impulses of a depressed person can be acts of self-destruction. These might not take the form of active self-harm, but the instinct to stop returning friends’ calls, to not tidy up your home, get out of bed, shower, or even open the curtains is there. Seeing these negative thoughts for what they are, and fighting them off even when it seems impossible, is the most basic form of self-care there is.

Think of it this way. Self-care can be “I went to psychotherapy” rather than “I bought an expensive scented candle.” Both of these things are great if they help make living in the world that bit more bearable. But one of those is more instagrammable, and thus marketable. So that’s the one you see.