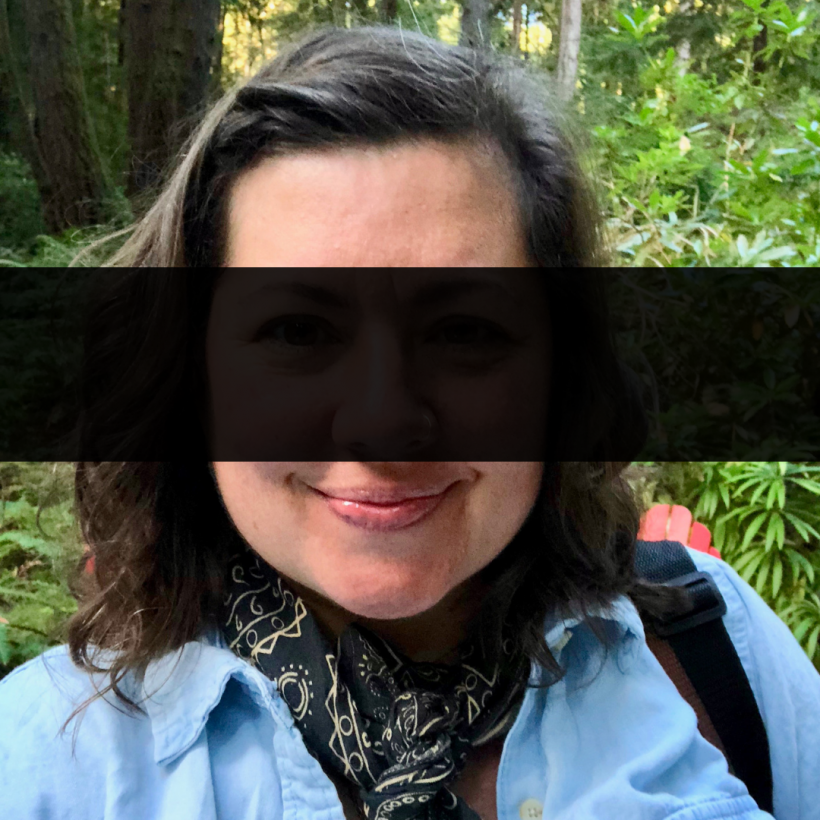 Now is not the time for silence.

The clock just struck 8:00 am in California. I’ve been up for two hours — making beds, making biscuits. But before I do anything else today, I’m stopping to make a statement: I will not participate in today's social media blackout.

If you haven’t seen it going around, here is the image that’s being dropped in Facebook messages around the world. 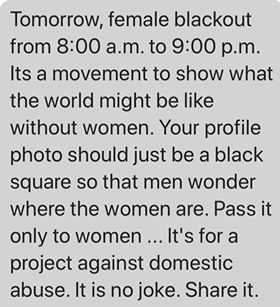 "It’s [you forgot your apostrophe] a movement to show what the world might be like without women."

The "movement" calls for women to leave social media for the day and replace their profile images with a black square to signify their absence. To show what the world would be like without women? On social media? Come on. They've been trying to erase us since we demanded to be seen. Something like 170 years now? A lifetime? Since the dawn of time?

No, I'm not leaving voluntarily.

While I generally find any attempt at a “movement” inspirational, this one falls flat for me. Not that I don’t think domestic abuse awareness doesn’t deserve its day in the spotlight, of course it does, just that first, this is not the time for it, and second, our absence will never teach anyone a lesson.

In fact, I’d argue, that this is the worst time for strategic silence.

In light of the events of the last week — Cosby, Kavanaugh, our terrible president, the world generally being garbage — now is the time for anything but silence. Rather, it’s more accurately the time we should be as loud as we can.

To put it frankly, I’m here for setting fire to it. Where “it” is our lousy culture of patriarchal bullshit and “setting fire” is the metaphorical action of tearing it to the ground.

I’m here for defeating it and then handing it to my daughters to rule it how it’s meant to be ruled — with equal parts fairness and fury.

I am sick and tired of it.