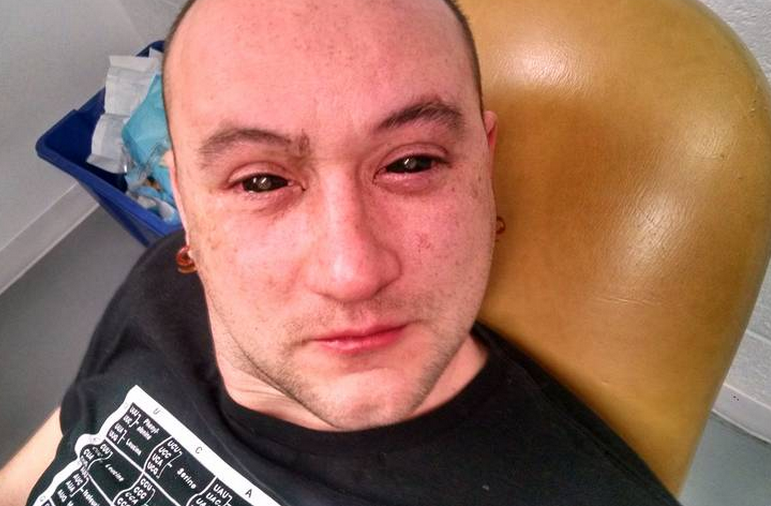 While biohacking might sound like the stuff of nightmares and horror films—I'll leave biological manipulation to the experts and not a shadowy basement, thankyouverymuch—it's an undeniably alluring field.

Asking questions and solving problems is part and parcel of the human brain, so it's no surprise that a group of curious California-based eggheads—Science for the Masses—got together to see if they could induce night vision in human eyesight. They got their hands on a special kind of chlorophyll (a green pigment typically found in plants that aids in light absorption for photosynthesis) called Chlorin e6 (or Ce6).

This particular brand of chlorophyll is found in those freaky-as-hell deep sea fish that can see 50,000 leagues under the sea, and is also used as a means to temporarily treat night blindness. (Incidentally, in 2004, ophthalmologist Ilyas Washington published a paper which proved that when administered to mice, Chlorin e6 doubled their ability to see at night.)

Science for the Masses member and biochem researcher, Gabriel Licina, decided to be the next mouse, as it were, and to explore the possibility of human upgrades; fellow researcher Jeffrey Tibbets dripped 50 microliters of Ce6 directly into Licina's eyes.

"For us, it comes down to pursuing things that are doable but won't be pursued by major corporations. There are rules to be followed and don't go crazy, but science isn't a mystical language that only a few elite people can speak." —Tibbets told Mic.com

Licina describes the sensation as a blur of "greenish-black blur across my vision," which dissipated before he was able to discern shapes that go bump in the night.

The team tried out all kinds of perception tests, from recognizing symbols and shapes 30 feet away to identifying the positioning of people 80 feet away. Licina's supped-up eyes were right 100% of the time; he could identity human shapes even if they were standing up against a tree. Those without the Ce6, however, could only correctly identify shapes a third of the time.

Obviously—and sadly—it seems the most applicable use for Ce6 is for the military, where currently, night-vision goggles must be lugged around in the hopes of stalking and slaughtering baddies. But damn, this would be killer for a clandestine and epic nighttime battle of Capture the Flag, amiright?

Photo courtesy of Science for the Masses

If you like this article, please share it! Your clicks keep us alive!
Tags
biohacking
chlorphyll
night vision
Ce6
science for the masses