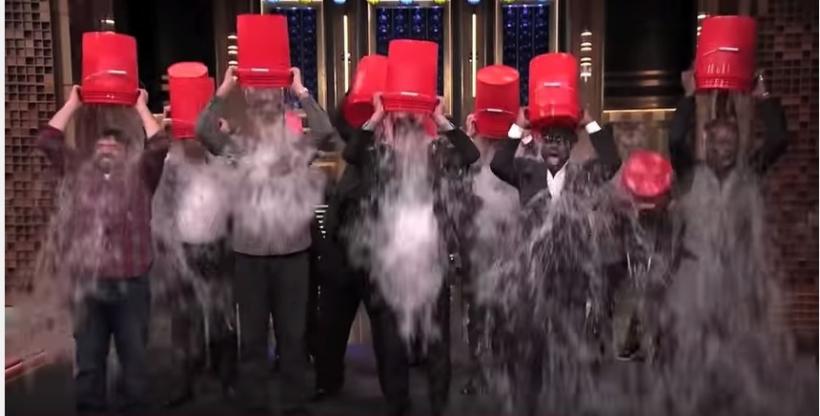 Jimmy Fallon and the Roots ice-bucket away. Image: YouTube

Good news, people who dumped water on themselves for charity! Your efforts paid off. Literally.

Some of you may remember the Ice Bucket Challenge — a blink-and-you'll-miss-it viral trend that took the developed world by storm around this time last year. Because the Internet is a weird place where legit anything can go viral, the Ice Bucket Challenge was a contest of sorts that asked participating folks to dump a bucket of ice water on their heads while capturing the act on video, upload the ensuing footage to YouTube, and then donate to ALS research charities. Then that person issued the challenge to another friend, and so on and so on.

"Cute," you may think, "But how much did this dumb stunt actually raise?" It's hard to tell — charities have no real way of screening who has donated funds as a direct result of an Ice Bucket Challenge — but the ALS Association reports having raised over $100 million last summer. Even better, researchers at Johns Hopkins recently announced a breakthrough in ALS research: the exact role of a certain protein that created troubling clumps in the brains of some ALS patients.

Though a lot of people criticized the trend as being lazy or a shining example of "slacktivism," it's hard to deny its effects (we pretty much all know what ALS is now, right?). In fact, one of the co-authors of the study recently went on record tracing the breakthrough back to the money raised through the Ice Bucket Challenge.

So there you go, folks. Give yourselves a (dry) pat on the back. As a reward, here's 30 minutes of celebrities dousing themselves.