Yes, I saw Miley Cyrus' Bangerz Concert: Yes, it was Soul-Crushing, Dazzling and Everything in Between 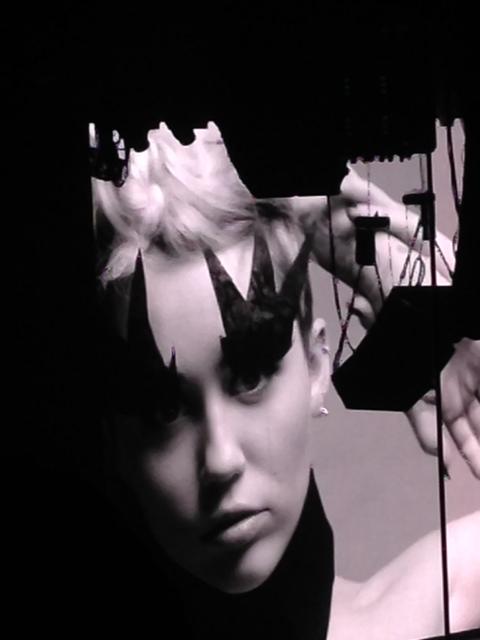 So, remember how yesterday I wrote a diatribe tsk tsking Miley Cyrus for kissing Katy Perry at her Bangerz show? Well, about an hour after that, I got an invite to see that show in Oakland, and I somewhat hypocritically jumped at the chance. I'd like to say this is because I knew it would provide good Ravishly research, but let's be real: I wanted to go because I like her music and thought it would be fun, despite some serious misgivings about her image and actions.

In fact, there are few other artists who provide such weird mixed feelings in me. I can't decide if she's a fierce freak goddess or obnoxious, attention-craving foam middle finger to all that is good in the world.

Her show, sadly, did not clear things up. Below are two wildly different takes on the concert, both of which I stand firmly behind.

When I first stepped out of the train to head to the Coliseum, I saw two girls wearing super-short bright pink hot pants and a spandex backless top, their hair knotted up in two buns. I thought "Haha, awesome, nice homage to Miley." Then they turned around. They were about 14 years old.

Never have I been somewhere with such a skewed ratio of age to clothing. I saw girls, all seemingly in their teens, exposing their butt cheeks, midriffs and essentially all of their boobs, parading around in sky-high platform heels. They were mini-Mileys en masse, and it was frightening.

Her sexuality reminds me a bit of that famous scene in Showgirls where the Elizabeth Berkley character flails about wildly while boning a guy in his tacky Vegas pool, in that it seems awkwardly artificial and largely for show. Cyrus' sexual nature is completely devoid of substance, authenticity or passion (unlike the sensuality of, say, Beyonce), which is what so many found off-putting about her weird Robin Thicke-humping VMA performance. This is not the healthiest view of sexuality, and judging by all the half-naked girls I saw at the show, it's catching on with young women everywhere.

That said, I could also make the case that...

Sure, Miley's sexuality seems strange to me at nearly age 30, but it taps into the teenage mentality rather powerfully. Cyrus makes sense sex seem wild, weird and a little scary. And isn't that exactly what sex seems like before you've started having it regularly? In this way, she provides a space for teenage girls to explore their sexuality in a way that feels authentic and true for them.

Plus, she's nothing if not all-embracing of any and every kind of sexuality, haters be damned. There was a cute moment during her rendition of "I Adore You" where she invited couples--gay, straight and lesbian--to smooch for a kiss cam. The crowd cheered, and it was a nice "love who you wanna love" moment.

As for the little people, there is a case to be made that they play into her "love who you are" thematic messaging. While singing the lyric "Remember only God can judge ya/Forget the haters cause somebody loves ya" during her rendition of "We Can't Stop," a group including little people, as well as women and men of various ethnicities (and maybe a transgendered person, though I couldn't fully tell), danced around joyously. The idea seemed to be: Doesn't matter who you are, everyone can enjoy dancing and being sexy and doing their thang. And that is actually pretty cool.

(Also, it should be noted that the girl can sing. She belted on key and with conviction for the nearly two-hour show, rarely relying on backup tracks.)

So there you have it: a non-review review. I'm still deeply conflicted about what I think of Miley. Which is, I guess, precisely what makes her so captivating.

And for good measure: Miley on a hot dog! 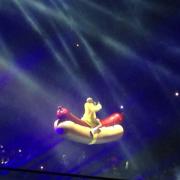 If you like this article, please share it! Your clicks keep us alive!
Tags
Miley Cyrus
Bangerz
concert
Review 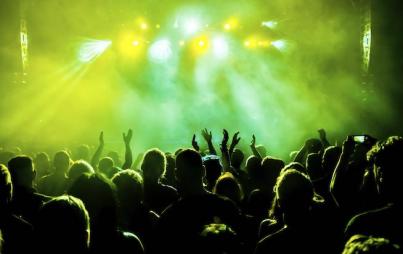 The Internal Monologue Of A Woman Being Groped At A Concert 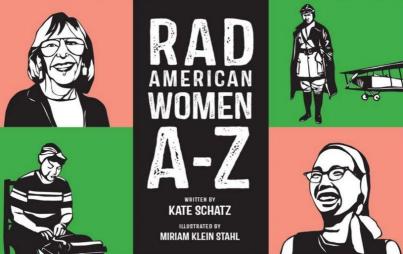 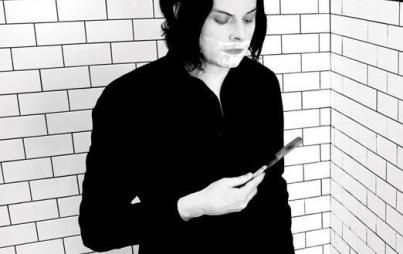 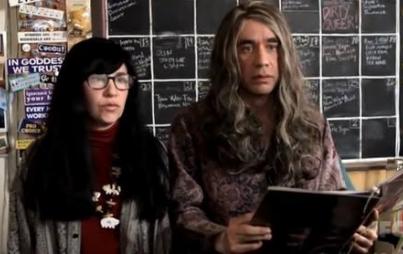 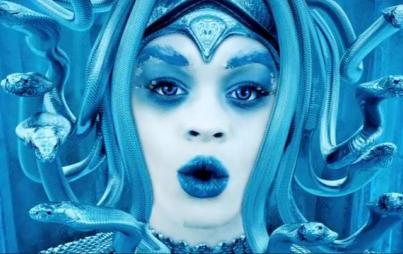 What On Earth To Make Of Azealia Banks' Whiteface Music Video 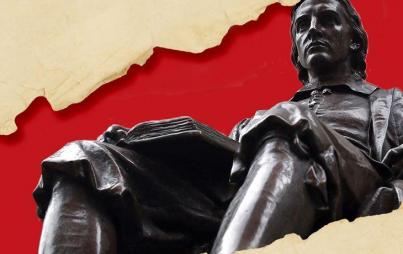