Blindside: What's It Like to Play the Field With No Sight 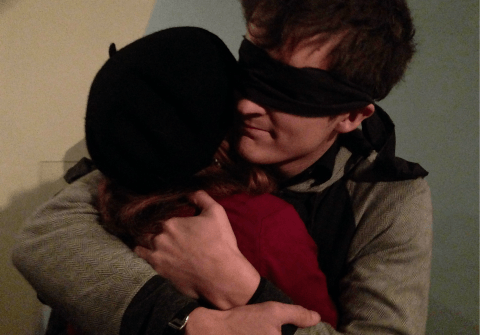 Blindfolds in the bedroom can be kinky and fun. But when you can't take them off, that's a horse of a different color. Blind people date, f*ck, marry, have kids ... but did you ever wonder what someone who literally can't see finds attractive? Got ya covered. Once again, Reddit has taken the reigns in educating the world on oddly personal matters.

Get ready to feel shallow, ladies: personality is apparently a big deal. One user admitted that before he lost his sight (a car accident robbed him of that), he was pretty damn shallow. His fixation with appearance didn't disappear the moment the went blind — it took a few years for him to zone in on personality. When he met a certain special lady, he was hooked on more than her curves.

Attraction on a relational level triggers the sexual stuff in a very major way. It's a combination of the voice, the personality, the way they pay attention to what you say, and above all the connection I had with her. She won me over with her personality, I was sexually attracted to her and thinking naughty thoughts before she asked me to dance with her. — cmartsmelly

Then, of course, there's always touch. Lotssss of touch. "Boobs help," says the ever-candid ktwounds. "I like physically fit people because they feel nice. Seriously. That's it. Solid muscle and firm skin is the most fun to touch," admits BlindPixie.

Then there's voice and scent. Lots of people brought up Scarlett Johansson's sexy voice in Her. Then, it was widely agreed that BO was not kosher.

Now, would you date a blind person? Another forum begged this question and got some surprisingly sweet answers!

"Yes cause she don't have to see to be a beautiful person. Although she'd probably get tired of me saying 'did you see that?!' while watching movies." — leather lyle

Well, my faith in humanity just shot up a bit.

If you like this article, please share it! Your clicks keep us alive!
Tags
blind
Sex
Relationships
dating
Scarlett Johansson
Love
marriage
scent of a woman
fit
sexy