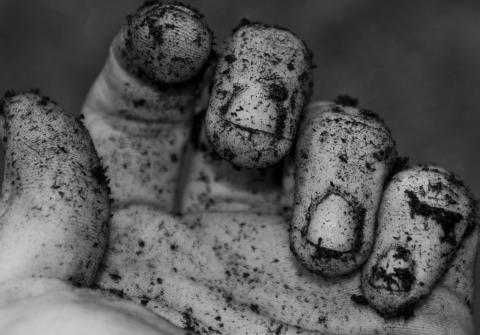 Remember that Meatloaf song? Not the Rocky Horror song—the one that goes “I would do anything for love, but I won’t do that?” Everyone has a “that," a I-was-considering-it-but-now-I-definitey-won’t-bang-you deal breaker.

We're well versed in our own sexual deal breakers, but we were dying to know how other ladies felt. We took a survey and turns out, ya’lls have super similar turnoffs.

Cleanliness
No rank rendezvous for you! Everything from his/her breath to naughty bits must be tended to ritually. No weird smells are allowed in the bedroom. One candid commenter said she absolutely won’t get frisky if he has a “foul smell coming from his junk.”

It’s not just scent—his/her hair and general appearance needs to be clean. Nails too. Also important: getting a back-story on “unexplained rashes.”

No one is interested in a boo that doesn’t keep his/her situation trimmed and tidy.

Pets
Alright, sometimes Fido interrupts your make-out sesh. Our sources say that it’s okay if it’s an accident, but things can get strange—and not in a good way—if the object of your affection makes no effort to encourage pets to vacate the boudoir. We get that's it's super uncomfortable to have puppy eyes staring at your O face. Ummm, creepy!

Speaking of Staring …
A picture can be unsettling, but it can also be hilarious. A funny band picture on the bedroom wall makes for silly pillow talk. But nobody wants his/her mom staring at while you're corrupting her baby. It's ok to request that family photos be turned around or put away.

Safety First
Safe sex is vital to many. Also important—having a partner who asks permission before advancing into kinky territory.

Watch Your Words
Misogyny isn’t sexy. Realistically, you can’t woo us ladies who grew up listening to Destiny’s Child era Beyonce by making sexist remarks or calling us names. You just can’t.

Also unsexy: people who try too hard. Imperfections and awkwardness are the spice of life. Sex by it's very nature is strange and amazing and odd and wonderful. Embrace it and all it has to offer.

Then There’s the Just Plain Weird
Some sexual moments are so unique they can’t be categorized. Let's have a moment of silence for our fair ladies who experienced the following sexy-time mishaps:

“I used his bathroom and found a bottle of Aqua Net hairspray.”

“He farted while I was giving him head!”

“He said another girl’s name.”

Ouch, sistah. For all the joy sex brings us, it can absolutely be awful, too.

Image: Nope, those nails will NOT fly. Courtesy of Flickr, Ciaran McGuiggan