Forget Marriage, How I Met Your Mother Is All About Friendship! 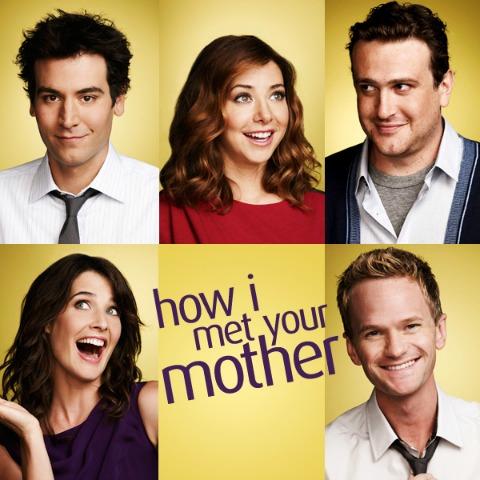 "I am so upset with how HIMYM ended. No one talk to me for the rest of forever."

"EHMIGAWWWD! I love How I Met Your Mother soooooo much! Love is so bittersweet and complicated you guys!"

None of these are quite spot on—well, except the Barney one obviously. See, throughout HIMYM's nine season (!) run the focus was on meeting the kids' mother, but, along the way, the friendships that prevailed during all of the ups and downs became the heart and soul of the show. It's unfortunate that everyone is so blinded by the (let's be honest) not-so-shocking end.

Ted meets the mother, Tracy. They fall massively in love. Tracy falls ill and dies. That's why Ted is telling his bored teenagers this story. That, and, Ted needs to explain why he's planning to make a big romantic gesture for his long time friend.

We all crave fairytale endings, but the truth is that life is unpredictable. If I lived the life I thought I would at the age of 15, I'd be a well-traveled, fairy princess married to Ryan Gosling (who is secretly also a king) and we'd rule the kingdom of beautiful people together. But seriously more often than not, we're forced to face hurdles that we could never foresee—and our sole chance at surviving these various catastrophes? It comes from the strength provided by our loved ones.

Our friends. Our chosen family.

Ted's tribe—Marshall, Lily, Robin and Barney—stood by his side at the worst of times. Like when Stella left him at the altar. Or when his parents divorce. Or just whenever Ted felt down and out and lonely in general. Their loyalty never ceased—even when it was tested—and the love between the fivesome was contagious.

And I really think this was the element that truly drew in fans by the droves. We all have those friends. Maybe you didn't meet these people early in life, but you know you've struck gold when you do find them. These friends are the ones who are so down to go to that Miley Cyrus concert with you, just to see the spectacle. Or throw you that killer birthday party of your dreams at your favorite bar (even though they hate it that dingy divey joint) because they want to make you happy. Need someone to take a hot pic of you to make your ex's stomach turn the moment s/he logs on Facebook? Or to hold your hair back as you collapse over the poreclain throne? You know you're covered.

And no, it's not always fun, but that's part and parcel of the whole deal. They're also the ones that will stick around when an unexpected death makes you to question your religion. Or hold a friendtervention if they suspect you've gone too far to the dark side with daily appletinis and spliffs.

You get our drift.

How I Met Your Mother celebrated these special bonds. Regardless of what you think about the ending, this is its legacy. This awesome show taught us to savor those seemingly ordinary bar excursions and sword fights. Or, more specifically, the bonds they foster over time. You never know what tomorrow will throw at you. Ted certainly couldn't predict that the love of his life would die eleven years into their relationship. What we do know however, is that his friends supported him through it all. Sometimes, that's all you can ask from the world. But it's enough.

(Now, who's inspired to start a slap bet?)