Don't Blame Your Broken Heart on Social Media, Blame it On Your Narcissism 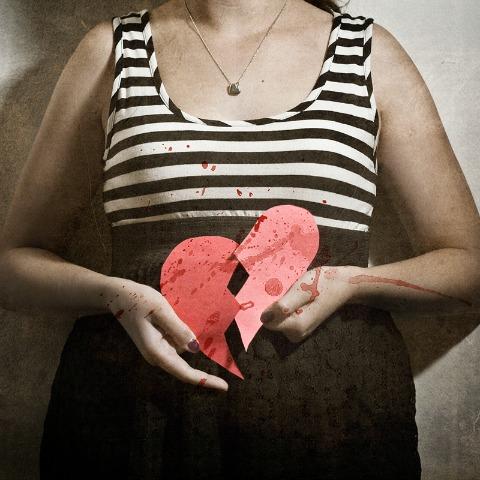 As Twitter continues to hashtag its way to world domination, more and more people are diving in to how it affects human behavior and relationships. Is this ubiquitous social media tool destroying all that's good and moral in the world?

A study released earlier this week found a distinct correlation between high tweet rates and problematic romantic relationships. Apparently, those who tweet incessantly are more likely to experience "Twitter-related conflicts" regarding, well, all that incessant tweeting. And these arguments in turn lead to higher rates of infidelity, break-ups and divorce.

People have jumped on these findings as proof that social media is the culprit for bad behavior. This attack makes sense—I know I'd like to blame Twitter for some mental brawls that have left me breathless. But are good people really swayed by the Twitter bird's siren song to become bad?

Not quite. Past research has actually revealed a link between heavy Twitter usage and narcissism, which itself has been linked to cheating. So, people who tweet obsessively are already inclined to exhibit less-than-desirable behavior with their partners. Even in the cave-man days, when tweeting was just the sound a bird made, narcissists were difficult to be in a relationship with.

Alas, we must get more complicated still. It's believed that social media encourages unhealthy narcissism in otherwise tolerable people. Sorry kids, but we're all narcissistic to some degree. And that can be healthy; a 'lil bit of narcissism is what breeds confidence and self-esteem—which got your dorky self through junior high, likely helps you get that  promotion you want and approach that tall dark stranger in a dimly lit bar. But yes. It goes too far when you hurt others to feel good about yourself. (Duh).

So now we're in a bit of a "chicken or the egg" dilemma. Does social media bring out the me-me-me! narcissist in everyone—creating a platform to showcase the minutia of our lives and inflating our egos with false importance— or does it just naturally attract attention whores? Social media allows you to highlight, filter and often fabricate your best moments (and #selfies) and pretend that they're your norm. It's a flattering funhouse mirror (sans clowns) in that sense. Whether it awakens the dormant beast of self-absorption or creates a brand new monster altogether, there's an undeniable connection between narcissism and social media.

Let's not be so quick to blame social media for broken hearts and bad behavior, OK? In other words: don't blame the Twitter. Blame the tweeter.