To 69 or not to 69? Feminists Insist it's "Sexually Immature," We Call Bullshit 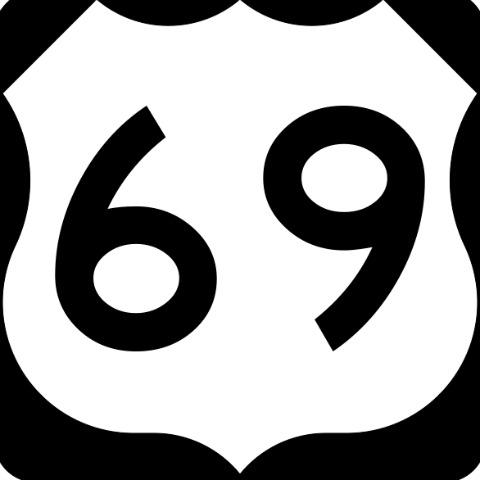 There comes a time in almost every sex life when two people decide it could be so. much. better. to pleasure each other's erogenous zones at the same time. That's right: we're talking about the glory that is the 69. And it is indeed glorious.

Recently, a feminist critique sought to challenge the fantasies of college freshmen everywhere by demanding the abolishment of this naughty act. We were stunned. Even badass sex writer Dan Savage cried parody upon reading the vicious attack. But—sorry, dirty 69-ers!—the critique does raise some interesting points.

The authors, Susan Elizabeth Shepard and Charlotte Shane, caught our eye when they referred to 69 fans as "sexually immature." And truthfully, we do kind of act like immature idiots whenever 69 comes around. Remember when we were kids, and it was cool to twist those cheap jelly bracelets into the number, then snicker knowingly to friends (or make fun of those who didn't get our oh-so adult and hilarious humor?)

And it's not as if this immaturity ends once we reach adulthood. Be real: you know you giggle like a 12-year-old boy when your number comes up "69" at the takeout counter. (69! Heh heh.) Still, at least in adulthood, we embrace the act as something relatively "natural," mutually beneficial and generally awesome. But is it really? Shepard and Shane argue:

[The 69] is a distinctly capitalistic, efficiency-emphasizing endeavor that erases the unique personhood of each participant by relying on a crude approximation of how human bodies fit together if human bodies are conceived of as identical, two-dimensional figures like the numbers of its name.

Way harsh, guys! (And dare-we-say-WAY-over-analytical.) In addition to being kind of off-base: I mean, whose bodies align together perfectly? And would anyone really say they're 69-ing to "enjoy a crude approximation of how human bodies fit together?" And last time I checked, "regular" in-and-out sex is all about mutual pleasure as well—is that a bastardization of my "Self" which "erases" my "personhood" too?!

We decided to survey some experts (i.e. rogue San Franciscans) to find out what really motivates them to enjoy the sacred act of body-flipped hanky panky. Much to our amusement, their answers were pretty much exactly the same. According to our totally scientific study, the main reason people like the position is that they like to get off while being close to their partners's naughty bits. Why?

"It's different," said one.
"It's kinda more intimate," said another.
"I just like looking at the butt-hole," said our most candid respondent.

Well, then. This proves that despite the perhaps (too) up-close and personal factor, there's more to 69 than "efficiency." Additionally, if you're pregnancy-phobic—and high on a cocktail of condoms, birth control pills and Plan B—this clandestine act is a dream come true. Perhaps most important is the fact that the position's seeming impracticality is precisely what makes it so awesome. All that challenging choreography and awkward sliding about makes it feel a little dirty and wondrously wrong. And isn't that why we love sexual experimentation in the first place?

So sorry, 69 feminist foes. But we're betting this taboo, awkward, weird, efficient position isn't going anywhere. (Frisky fact that backs us up? The first recorded act was in the 1790s).

Image: You and your dirty mind. Courtesy of, Wikimedia