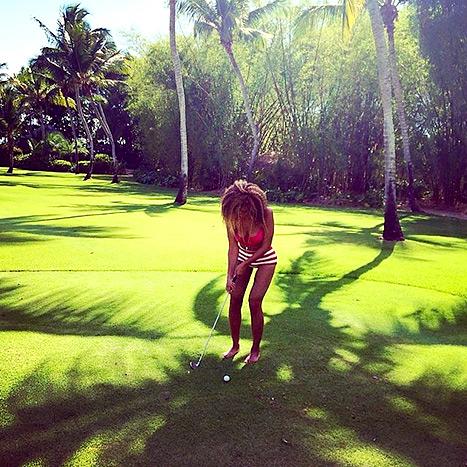 The lovely and very thin Minnie Driver has announced she's kaput with Twitter after facing a barrage of anonymous nasty tweets regarding bikini photos posted of her. Said the star, not mincing words:

God some people are horrible. You try being photographed when you don't know it's happening, when you're on holiday with your kids.

In somewhat related news, Beyonce has also been facing nastiness about her bikini body—in this case, for looking too skinny. In photos she posted to Instagram, she's shown with a suspiciously dramatic thigh gap, which has prompted accusations of Photoshopping trickery.

Considering Bey is an icon for a healthy body image—and that the thigh gap craze is soul-crushing, self-esteem-battering, health-destroying nonsense—it's not surprising this news has prompted lots of hand-wringing. But the truth is, the Photoshop speculation is ultimately just that—speculation. Beyonce herself hasn't commented, and while the photos are a bit suspicious, she also has her legs spread and is wearing a bathing suit covering the top part of her thighs. So we just can't say for sure if she tweaked the photos.

The more salient point here is this: we need to stop scrutinizing and analyzing women's bikini bodies in the first place. Perhaps more than any other clothing item, bikinis represent all that is wrong with female body image. The skin-exposing two-piece is what we constantly see on hot-babe models, splashed across man-bait Sports Illustrated covers or sitting in beer commercial hot tubs. Every summer, the magazine rack and websites are riddled with admonishments to get "bikini body ready!" How, you ask? Why, with diets like the "7 Day Swimsuit Cleanse" and "The Bikini Body Diet Workout"!

Is it any wonder only one out of three women actually like how they look in a swimsuit?

In other words, we have enough BS to worry about without gorgeous stars being called out for their swimsuit bods. Minnie Driver's right . . . some people are horrible. And if Beyonce doctored the photos, let's stop attacking her, and attack a society that would make her want to do that in the first place. 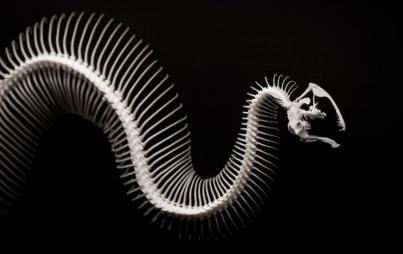