The 43-hour Birth that Everyone's Talking About 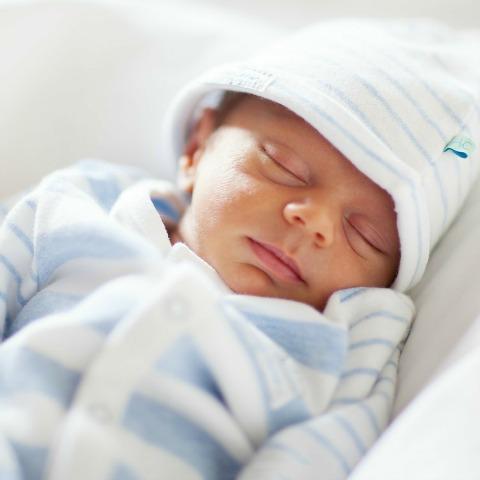 A recent essay recounting writer Cheryl Strayed's (of Wild fame) 43-hour labor is making its harrowing rounds across the internet. Is it true? Yes. Strayed birthed a baby boy—almost 11 pounds—after an atrociously long period of misery and contractions. The essay is part of Labor Day, a new anthology of birthing stories published today.

Almost two days?! Is that even possible?

Should you trade your plans to procreate for a less excruciating option?

I mean, the thought of doing anything related to motherhood can be frightening. Just say the word "diaper" and you'll surely see a plethora of otherwise strong-as-hell women tremble with fear. Even mega successful politicians, like Condoleezza Rice, have totes abstained from having babies. Not necessarily out of fear, but it just goes to show that motherhood isn't for every woman.

Then again, many ladies just know they were meant to be a mom. Hearing about two-day-long labors can deter many, but we're here to say that a birth of that length is not the norm. First of all, the average time a woman spends in labor is between 10 and 20 hours—so it's not quick, but there's a big difference between half a day and close to two full days. In fact, when it comes time for you to bring sticky screaming life into this world the process may be even shorter. Though it's difficult to track the specific length of short labors, many couples have reported being in labor for less than 10 minutes. Those quickies are certainly rare, but, then again, so is a bloody 43 hour labor session!

Even if you're doomed for a centuries long ordeal, Strayed is quick to point out that you can withstand much more than you think. Though any old wives' tale will tell you that women can handle more pain than men, that's been proven false. Instead, it's argued that hormones may influence how we perceive pain. While giving birth, a cocktail of hormones is pumping through your body including the ever-amazing oxytocin (the love hormone) and adrenaline. It's no secret to any former sports lover that adrenaline reduces pain temporarily, but oxytocin has also been linked to pain blocking. So, your body's got your back—almost literally.

Perhaps most importantly, Strayed emphasizes the instant bond she felt with her son upon his delivery. After those 43 grueling hours, she felt that her new son looked at her "like he knew everything already." We get so caught up in the gore and drama that it's easy to forget the actual importance of the event. It's not the misery of labor that we'll remember, but the baby itself. Don't let gruesome birthing stories scare you away from mamahood.

Image: Plus, a long labor would hopefully tire out the baby, too. Courtesy of, Pixabay.