Awkward! Why Some Couples Fight in Public 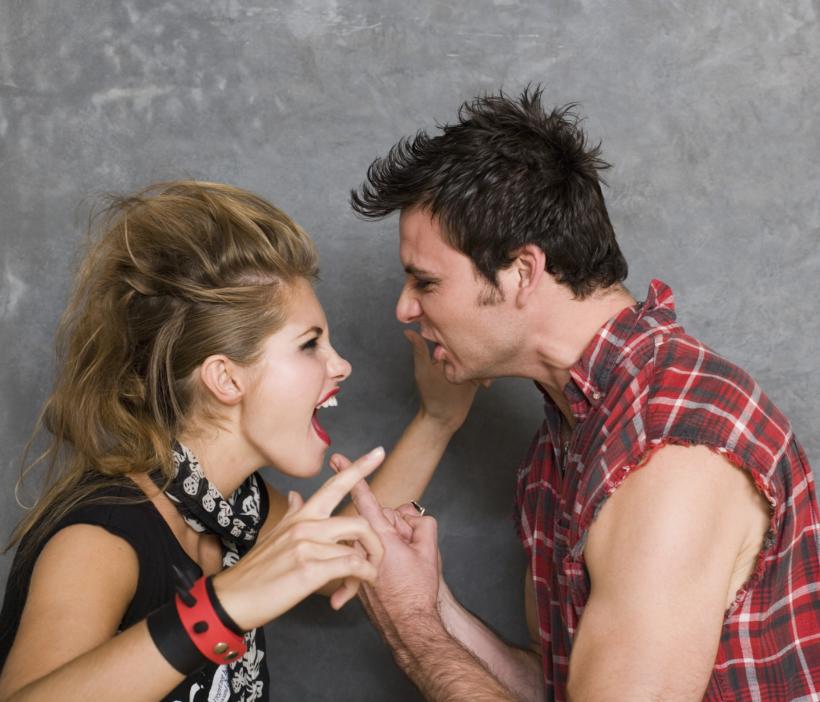 We've all witnessed it: that couple who goes ballistic in front of horrified/riveted innocent bystanders. Case in point: last Saturday, I was chilling out and maxing out with a beer and some friends at Washington Square Park in San Francisco when two people—let's call them Eunice and Archibald—started fighting furiously behind us.

At first, it seemed they were going to set up a little lover's picnic; Archibald clutched a warm baguette while Eunice toted a bag of goodies. But then, they stopped in the middle of the grass and—standing inches apart, with Archibald poised in a severely aggressive stance—started screaming in each other's faces for an hour. Literally!

This kind of shit-show is hardly rare. So what gives? Why do couples have these furious tiffs in public?

Often, nasty explosions start with minor digs. Maybe Eunice said something like, "oh, we should call my mom" and Archibald replied, "ha, it's not like she's doing anything besides lying around watching Keeping up with the Kardashians with a stoge." Cue rage!

The granddaddy of psychology, Sigmund Freud, had a theory about this kind of behavior. The king of chaise lounges and sexual repression believed that people say snarky things to their partner when they want to express latent hostility in a socially acceptable manner. In a relationship, hidden feelings and insecurities are bound to make an appearance somehow, and digs are one way they come bubbling to the surface. Because deeper anger is driving the "jokes," they can then instigate more dramatic drag-out fights.

The problem? Dragging down your partner may make you feel better about yourself, but it will probably only last for a moment. As Freud would say, too much raging id is never a good thing.

A public shouting match is also bad news for the poor bystanders who bear witness to it. Not only is it super-awkward, but by engaging in a pubic brawl, you could unintentionally trigger a traumatic flashback in someone watching the fight.

That's not to say you should hate yourself if you've engaged in this behavior before—relationships can bring out the best and worst in us, and we've all been there. Just try to stop the cycle of furor if you can. Otherwise, a group of 20-somethings may mercilessly mock your misery for hours. And who wants that?

Good luck to Eunice and Archibald!