How to Break the Vicious Cycle of Heartbreak 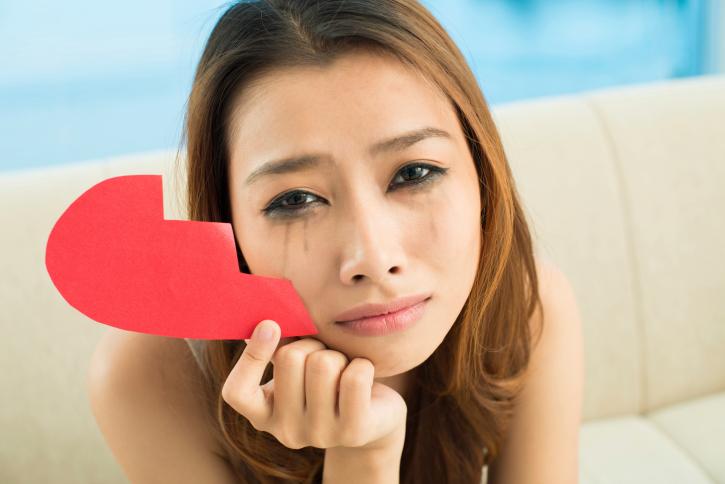 Ah, love. You date someone. You fall hard. You get dumped cruelly. You're angry. Bitter. Resentful. Then you date someone else and break that person's heart...and your former flame goes out and does the same thing to someone else.

Honey, Pat Benatar sang "Love is a Battlefield" for a reason. Breakups are nasty, backstabbing, hypocritical shit-shows, and we're all guilty of keeping them wicked wheels spinning. Fellow writer (and good friend of mine) Mike Hower theorized that the process can be broken down into a series of stages.

At first, the young lover is super idealistic. Then behold, heartbreak stabs mercilessly into your every vital organ, to the point that death vis a vis emotional devastation seems entirely plausible. This turns the young lover into the very monster who caused the heartache in the first place. Then the whole crazy cycle starts all over again.

Here's a representative example of how this process plays out:

"Giana, are you really going to dump him by ignoring his phone calls?"

"But, that's exactly what what's-his-face did to you last year and you were PISSED! You called it 'cowardly and immature.'"

"Yeah, but that was different! I'm a nice person, whereas what's-his-face could have confronted me. This new dude is a nightmare—I can't have a normal conversation with him. Trust me, this is better!"

What causes this? For one thing, displaced past hurt can drive people to exhibit the very behaviors that wounded them in the first place. Studies have shown, for instance, that people who are worried about being cheated on—often because of past betrayals—are themselves more likely to cheat on future partners. The reason: insecurity breeds general relationship dissatisfaction, which in turn drives a desire to stray. (Oh, the irony!)

So how do we end this cruel cycle of relationship abuse? Since we're often powerless to the crazy rollercoaster of emotions relationships strap us in for, there's no way to completely fix the problem. The best we can do is be aware of what's going on . . . and try our best to treat future loves a little better than we've been treated in the past.

Image: Wahhhhhh, bet she's going to cheat on her next boo. Courtesy of, ThinkStock