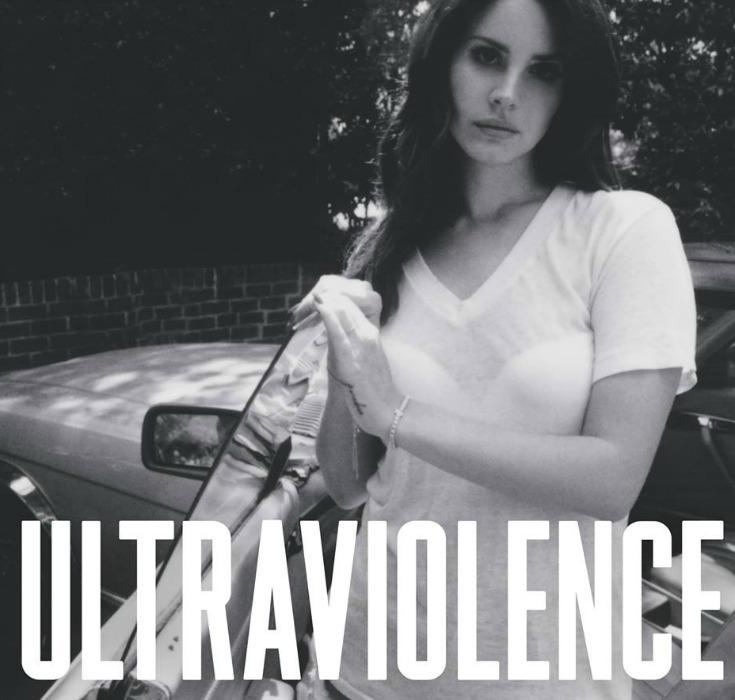 Sexy siren Lana Del Rey has lent her hypnotic voice to another album, Ultraviolence, released on June 13. Black Keys guitarist Dan Auerbach worked alongside Lana for the album and had only praise for the smoky sensation. His take?

She has a definite vision of what she is and what she wants to be, musically and visually . . . she just like looks at this whole thing as this big art project that she gets to do, which is great.

Art project indeed—but Lana does her homework first. Indeed, a love for literature is alive in her lyrics. What other modern stars quote Walt Whitman in their songs? In particular, Lana seems to have a thing for Vladimir Nabokov and his scandalous classic, Lolita. One of the most famous novels of the 20th century, this tome follows the pedophiliac Humbert Humbert and his doomed passion for young (read: 12) Dolores "Lolita" Haze. In trying to get close to her, Humbert Humbert marries Lo's mom, kills her, kidnaps Lo, drugs and rapes her, then drags her along on a psychotic road trip in the hopes of keeping her all to himself. Despite the sordid plot, it's written quite beautifully, focusing on Humbert's twisted desire for the young "vile and beloved slut."

A closer inspection reveals that Lana's songs are steeped in the themes of Nabokov's masterpiece. Born to Die, her 2012 album, has so many Lolita references that we could write a novel the size of the actual book (well, almost) analyzing it. The songs "This Is What Makes Us Girls," "Cola (Pussy)" and "Gods And Monsters" all allude to the innocence possessed by a young girl. "Gods And Monsters" laments teenage girls dancing on tables in a bar, then having mixed feelings about the attention received from men.

"Off To The Races" is even more explicit: it flat-out steals the opening lines of Lolita. "Light of my life. Fire of my loins" is used as the song's hook—enough to make any English Lit major do a double take. Plus, the song opens with "my old man is a bad man." Hello direct reference!

Still not convinced? Lana not only has a song called "Lolita," but also one titled "Carmen"—one of Humbert Humbert's favorite nicknames for Lo. Both revolve around, you guessed it, youth and male attraction.

Lana may be a reluctant feminist, but these allusions have a definite feminist bent. In Lolita, Lo represents unparalleled strength. She is orphaned, kidnapped, raped and held captive, yet manages to survive and keep her wits about her. Eventually (spoiler alert!) she escapes Humbert Humbert's lecherous grasp and runs into, well, the arms of a man who's arguably worse. In any case, it speaks volumes about the presumed resiliency of preteen girls.

Lana, too, faced demons—usually reserved for adults—in her youth. When she was just 14, she was sent to rehab for alcoholism. Overly cautious parents? Nope—Lana admits she had a problem. Despite that, she came out triumphantly: Lana is one of the most famous, and dare I say talented, singers today. Plus, she writes her own music. Maybe she identifies with Lo's strength in this way.

One could also argue that the Lolita-Humbert dynamic symbolizes the music industry itself. Young female musicians—including Lana, who got her start as a teen—routinely confront obsessive sexual objectification. Like Lo, they are idolized for their youth and sex appeal, and must summon immense personal strength to escape the clutches of this image.

Whatever the rationale for Lana's Lolita love, it adds another layer to her rich body of work. We can't wait to hear what Ultraviolence has in store for fans of great literature.

If you like this article, please share it! Your clicks keep us alive!
Tags
Lana del Rey
Lolita
Born to Die
Ultraviolence
Black Keys
Dan Auerbach
art project
literature
Walt Whitman
Vladimir Nabokov
Carmen
This Is What Makes Us Girls
innocence
vile and beloved slut
light of my life
fire in my loins
Book