SED: The Strange Eating Disorder Nobody is Talking About 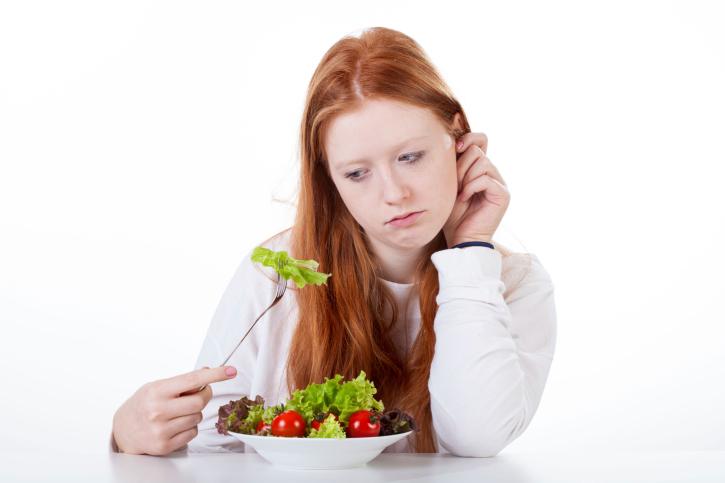 What do you think about when you hear "eating disorder?" Probably painfully-thin people suffering from anorexia or bulimia or maybe the misery of compulsive eating.

But what about "picky" eating? Or extreme picky eating?

While this might sound like third-grade, "I only eat white pasta" behavior, Selective Eating Disorder (SED) is a serious affliction affecting thousands of Americans. Though it's not nearly as recognized or talked about as other eating disorders—as a point of comparison, 8 million Americans suffer from anorexia, bulimia and/or compulsive eating—more and more research is being conducted to understand the illness.

Those affected stick to processed foods and have an unusual love for food that's either super-salty or super-bland. They aren't too stoked about meat, but bacon (hello salt!) is often on their menu. Fruits and vegetables are on the "do not eat" list. Interestingly, so is alcohol. One woman who suffers from selective eating disorder recently revealed her diet:

Here's where things get interesting: As SED-ers tend to avoid all things spicy or boldly flavored (so, sadly, Fireball is completely out of the question), this makes experts question the cause of the behavior to begin with.

Not too much is known about what causes this. There could be some psychological trickery afoot such as  awful—but repressed—childhood memories around the dinner table. Other theories suggest there might be a more physical cause. One study found that many selective eaters had more taste buds than the average person. This is sometimes called a "supertaster" (sadly, no cape is included). Another theory unites psychology and physical ailments (gotta love compromise) by suggesting some illnesses (such as acid reflux) that selective eaters experienced in their childhood may have scared them away from eating a big ol' scoop of brussels sprouts at Thanksgiving.

Oh science. Oh brain. You both continue to confuse us.