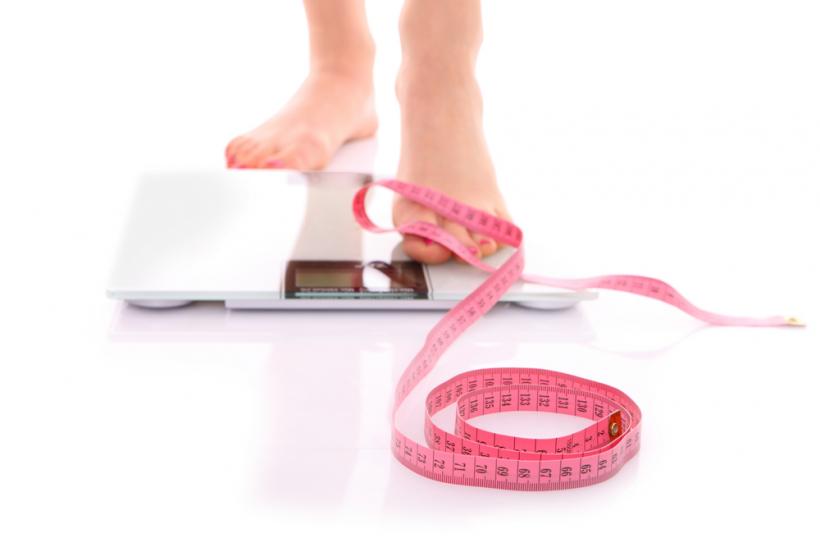 These different messages lead one to wonder if the intended advice is for one's BMI or sexual orientation.

My sophomore year of high school I started dating my first girlfriend and was caught between the alluring excitement of a new relationship and a nervous stomach clench every time we’d kiss after lunch before going our separate ways. I wondered if every curious pair of eyes was judging us. It wasn’t long before my suspicions were confirmed. My friends casually mentioned how a group of kids would jeer at us from a bus as the two of us left school. I asked what they said specifically, thinking that if it were something like showing too much PDA I’d stop giving my girlfriend quick pecks on the cheek. My friends wouldn’t look me in the eye when they said people wondered if I squished my petite girlfriend when we made out. I was stumped.

I’ve learned some things since then. Weight bias and fatphobia have always been alive and well in the medical field, especially when applied to women. But a new study completed by researchers from the University of East Anglia in the UK shows that lesbian and bisexual women, in particular, are at an increased risk of a high BMI. While the study states its intent is to “help policymakers and clinicians to provide better healthcare and tailored advice to the LGBTQ community,” it also suggests that these findings help support the argument that sexual orientation is a social detriment of health. These different messages lead one to wonder if the intended advice is for one's BMI or sexual orientation.

This study is one of many feeding into the idea that being plus sized is something to be ashamed of. This can also harm individuals struggling with eating disorders and body images, and yes, that includes the LGBTQ community as well.

When asked to comment on the study, Melissa A. Fabello, a PhD educator and researcher whose work focuses on body politics, beauty culture and disorders said “Research has found, for example, that queer women are more likely than straight women to experience bulimia nervosa and binge eating disorder, which are known to result in weight cycling — and therefore, weight gain. Similarly, research has found that queer men are more likely than their straight counterparts to experience anorexia nervosa, which can be associated with extreme weight loss. LGBTQ people across the spectrum have been found to use food and weight control behaviors as a response to oppression (e.g., as a coping mechanism for minority stress, as an attempt to 'pass' to others as their gender, etc.)."

"That queer identity and BMI have a relationship might not be the real story here; the story might be in exploring why.”

Publishing studies under such black and white dialogue fail to acknowledge the nuanced complexities that body image and expectations play into health, especially when it comes to a minority community such as the LGBTQ.

It wasn’t until 1974 that homosexuality was officially removed from the DSM or the Diagnostic Statistical Manual of Mental Disorders and no longer considered a curable disorder. Transgender is still listed in the DSM under the term gender dysphoria, and members of the LGBTQ community continue to face stress and fear from homophobia and other social discrimination.

While the study does mention that stress-related conditions such as PTSD and alcoholism impact the community and could contribute to health-related issues, it does not suggest external sources at the heart of the problem, merely sexual orientation itself. According to  Dr. Danna Bodenheimer, a psychotherapist and writer focusing on LGBTQ and mental health treatment in Philadelphia, the simple step of seeking medical help as an LGBTQ person can be filled with stress and difficulty

“Medical providers are often coming from a place of presumed heterosexuality. This often forces a gay, lesbian or bisexual patient to come out to a practitioner without having been properly or warmly supported to do so. Because the coming out process, unto itself, requires a certain level of hypervigilance and self-protection, it becomes hard, again, to make proper use of medical guidance and support.”

Bodenheimer is a part of a listserv with other LGBTQ individuals who rely on each other to find information and resources. One of the top questions is “Do you know a doctor who I can trust and who won’t make me feel bad about my body?”

Studies like this separate an already diverse community between those that are socially acceptable and fit certain norms, and those that do not.

Unfortunately, this is an existing problem within the community.

“One of the primary strengths of the LGBTQ is their capacity to subvert norms and to make space for higher levels of diversity and inclusion. This is readily knowable by simply attending a pride parade or visiting towns with large LGBTQ populations,” says Bodenheimer.

This study states its research is in the best interest of the LGBTQ community, a percentage of the population that has rarely been documented in medical surveys before. But, honestly, if it means shaming an already marginalized community, they can keep it.

If you like this article, please share it! Your clicks keep us alive!
Tags
fat bias
fatphobia
LGBTQ
weight
eating disorder
BMI