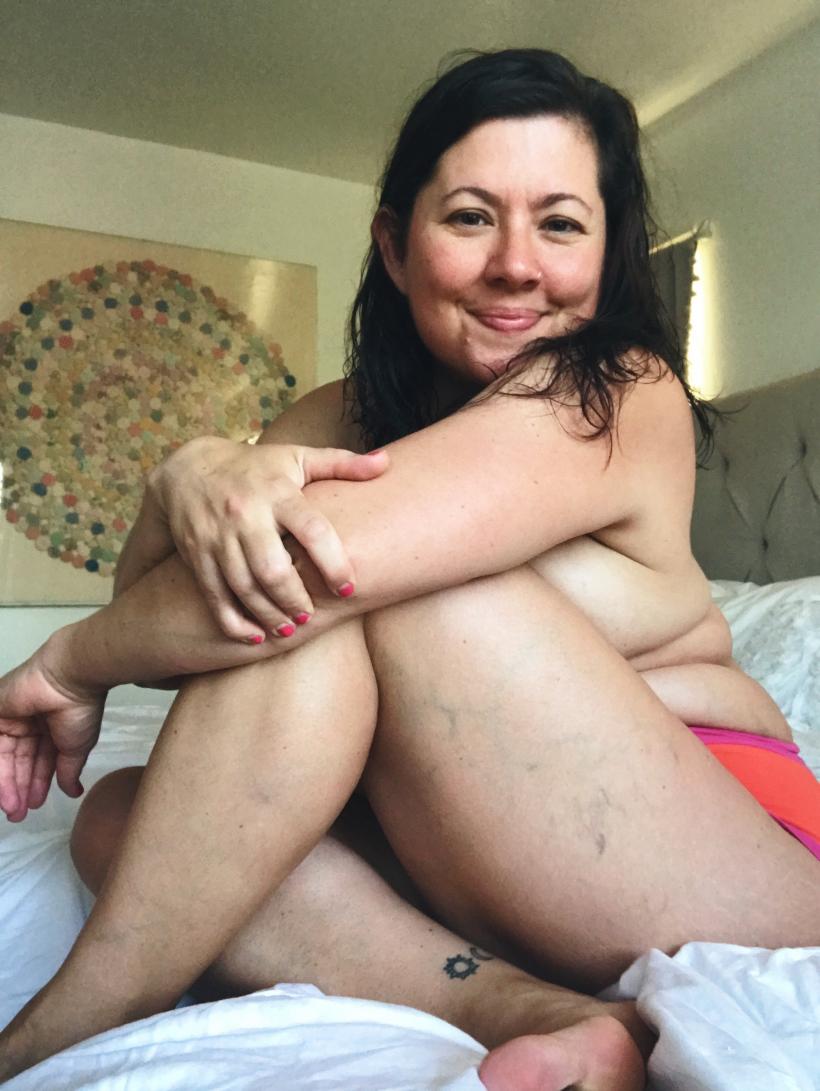 3. No one is celebrating heart disease, don’t be an idiot.

Part of my morning work ritual is to scan world news and look for anything interesting to report. For example, cucumbers killing people or dead bats in salad.

Today, coming out as fat, and the beaches of Normandy.

Does that seem a little incongruent to you?

Some time ago, my cursory morning search returned an article called “BRAVE: Chunky Feminists Are Now 'Coming Out As Fat.’” Said article features Ravishly’s own, Christine Schoenwald, who recently wrote the essay Coming Out As Fat. Christine is, as you may have deduced, fat.

Coincidentally, I am also fat — a “Chunky Feminist,” as described in aforementioned article.

What I am not, in spite of their declaration, is brave.

"Chunky feminists rivaling the bravery of the Allied troops storming the beaches of Normandy are finally 'coming out as fat.'"

They said “rivaling the bravery of the Allied troops storming the beaches of Normandy.”

Like saying you're fat is the same as fighting a global war?

Except for a couple of tiny problems:

1. The Internet, while often terrible, is NOT a sandy minefield disguised as a vacation destination.

2. There is a literal zero percent chance I am going to die from saying I’m fat.

(And do not start with me on what my chances of dying from being fat are, I am not here for that shit. Bye.)

The article goes on further to say:

"The trend has been making big waves in recent months with intersectional feminist sites hopping on the fat bandwagon, but there have been feminists coming out as fat since at least 2011."

1. In recent months? No. This didn’t just start happening, YOU just starting noticing. The fatties didn’t just appear on the scene; we just stopped letting you act like we are hidden under some kind of fat invisibility cloak.

2. Is that comment about “big waves” a fat joke? I bet you think you’re really clever.

(You might not know this, but fat jokes have been around for a while.)

"While obese people should not be mocked or ridiculed merely for their appearance, the fat movement has some serious problems — namely, heart disease. The idea that being obese is a moral good or somehow totally devoid of health risks while being celebrated is asinine. Perhaps it would be healthier, both emotionally and physically, if we promoted kindness without pushing poor health (i.e. obesity) as the new norm."

1. The fat movement does not have heart disease. That is not possible.

2. Fat people may have heart disease. That is possible

3. No one is celebrating heart disease, don’t be an idiot.

Fat is just an adjective that describes something, like short or old or, in the case of this article, ridiculous.

1. (of a person or animal) having a large amount of excess flesh.

1. causing or worthy of ridicule or derision; absurd; preposterous; laughable:

This whole thing is just absurd. Fat people don't want a blue ribbon and back pats for acknowledging something that is already pretty obvious, we just want people to stop being assholes. It seems like a fair request.

I did not throw myself upon a beach of mortar to declare my size. (I fully expect someone to make a whale joke here. Just so you’re aware, I am prepared, and yesterday I found a site where someone called me a "Mayo Mermaid," so come at me.)

I wrote a few articles. I spoke at a few events. (I even went on TV a couple of times.)

I have been trolled, and trolls are mean, but they are not heavily-armed German foot soldiers operating under direct orders from a one-balled lunatic (probably).

If you like this article, please share it! Your clicks keep us alive!
Tags
fat
body image
brave
coming out
weight
weight-loss