Coming Out As Fat 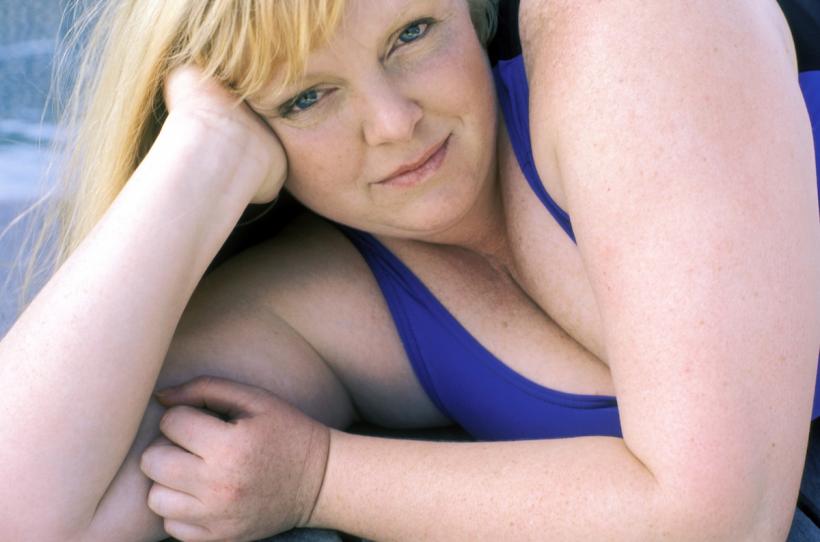 I can’t be fat-incognito any longer; it’s exhausting and pointless.

If I was standing in front of you and I said that, you might be tempted to say something like, “No shit.” If you can see me, then you know the fleshiness of my body, the accentuated curves, and the fullness of my frame — you can see my fatness, but you might not be able to see me.

My fat is evident, and no amount of slenderizing black clothing is going to hide it. If you’re visually impaired, then maybe you’d know by feeling the amount of extra flesh on my body. In the movie Ray, it’s mentioned that the legendary singer would make sure that a woman was slender by checking to see if his thumb and forefinger met when wrapped around the woman’s wrist. Just because he was blind, he didn’t want to be duped into a relationship with a woman pretending she was thin. So, if you’re visibly impaired, full disclosure: my wrist isn’t easily encompassed with one hand.

Before I came out as fat, my friends and family had been well-trained never to bring up the subject of my weight; we all participated in a group delusion of my own making. I didn’t want to be criticized and chastised because of my weight, so we spent a lot of time avoiding the topic.

Before I started to write for Ravishly, I never used the word fat, and I rarely mentioned my body-type. But since then, I’ve tried to be more honest and have worked towards self-acceptance, which includes coming to terms and owning the word fat.

I’ve been writing about what it’s like for me to live in this body and the challenges I face, and in some ways, it’s been the scariest writing I’ve ever done.

I’m not saying that my coming out as fat is the same or as traumatic as it can be for a person who is LGBT. My mother already knows that I’m fat and wouldn’t disown me because of my weight, but that’s not to say that my weight hasn’t affected how she sees and treats me (which isn’t always kind).

My problem is that there isn’t a thin woman inside me dying to get out, there’s another fat woman, and she needs to be released before we both suffocate and die.

When I let my terror of someone calling me fat affect how I live my life, that’s a huge problem. I’m scared of small children and the probability of them asking me why I’m so fat, because of this fear I’ve avoided spending time with my great nieces and nephews.

Many people believe that being fat is a choice, and if I give in to being fat, then I’m giving up on myself. It isn’t that I’ll never change, but for my growth as a person, it’s important for me to acknowledge who I am at this point and to stop pretending to be what I’m not.
Before I came out as fat, my friends and family had been well-trained never to bring up the subject of my weight; we all participated in a group delusion of my own making. I didn’t want to be criticized and chastised because of my weight, so we spent a lot of time avoiding the topic.

My weight was always the elephant in the room.

For so many other people, and for me, the word fat is loaded and emotional. There were times when my weight needed to be part of the equation like when there was a long hike from the parking area to the concert venue. I’m sure it was easy to see through my “I just have to admire the scenery/moon/ bird” ruse when I really needed to catch my breath. If I admitted to getting tired hiking up a hill, I ran the risk of exposing myself as a fat person. I tried to act like a thin person in hopes that my performance would be convincing.

Also, I made sure that my internet presence was carefully curated: the photos I used for my profiles weren’t selfies but pictures taken by other people who were gifted in photography. I didn’t want my elementary school friends to think I had grown up fat even if that was the truth.

I’ve been too busy staging my life to actually live it.

In her spectacular book, Shrill, Lindy West says, regarding the idea of coming out as fat, “I always thought that if I just never, ever acknowledged it — never wore a bathing suit, never objected to a fat joke on TV, stuck to ‘flattering clothes, never said the word ‘fat’ out loud—then maybe people wouldn’t notice. Maybe I could pass as thin, or at least obedient.”

It’s interesting that West mentions the word obedient when it comes to her body, and Roxane Gay in her book, Hunger, refers to a fat body as unruly. It’s believed that being fat is a disgrace, it’s evidence that you have no discipline and no work-ethic. You’ve let your body go — free to run amok and cause havoc.

Being fat is being defiant, even if you hardly think of yourself as a rebel.

When you’re fat, the rules may be unsaid but they’re very clear: don’t take up space, don’t ask for anything, accept harsh criticism, demonstrate in some way that you’re trying to do better, and hide your fat (aka your all too- apparent failure) at all times. Strive to destroy your fat as you would any disease that afflicts you.

My problem is that there isn’t a thin woman inside me dying to get out, there’s another fat woman, and she needs to be released before we both suffocate and die. Trying to push her down, and the feelings she inspires, debilitates me.

I can’t be fat-incognito any longer; it’s exhausting and pointless. Pretending to be something you’re not isn’t easy, and when all people have to do is look at you to know that you’re lying, it’s ridiculous.

Related: I'm Done Trying To Be The Perfect Fat Person

I don’t come across as very affectionate — I shy away from hugs and public displays of affection. It’s not that I don’t like to be touched, I do, it’s just my insecurity about not being thin. If I let someone (that’s not someone I’m intimate with) get physically close to me, they’ll probably be able to see that I’m fat.

I need to come clean and let out the secret, that isn’t a secret, out. It’s important for me to see who I am clearly, to look in mirrors, to stand up for myself, and demand respect.

When I write articles where I use the word fat about myself, my friends thank me for being so open and honest; they say that they can relate to my struggles even if they have different issues. Most surprising of all, is that my vulnerability has allowed them to get to know me on a deeper level.

By being more open about myself and my body, my friends and I have been able to talk about topics that were forbidden before. I no longer have to pretend not to like dessert or mention that I went to the gym for 6 hours to try to validate my existence.

I’ve been reading books by body-positive writers such as Lindy West, Roxane Gay, Jess Baker, and they’re making me feel empowered and as if I’ve been given the right to live a good life. I want to have fun, work out just because I enjoy it, not because that’s what thin people do, and I want to feel that when it’s a million degrees, it’s okay for me to go sleeveless.

If someone notices or comments that I’m fat, I can live with it.