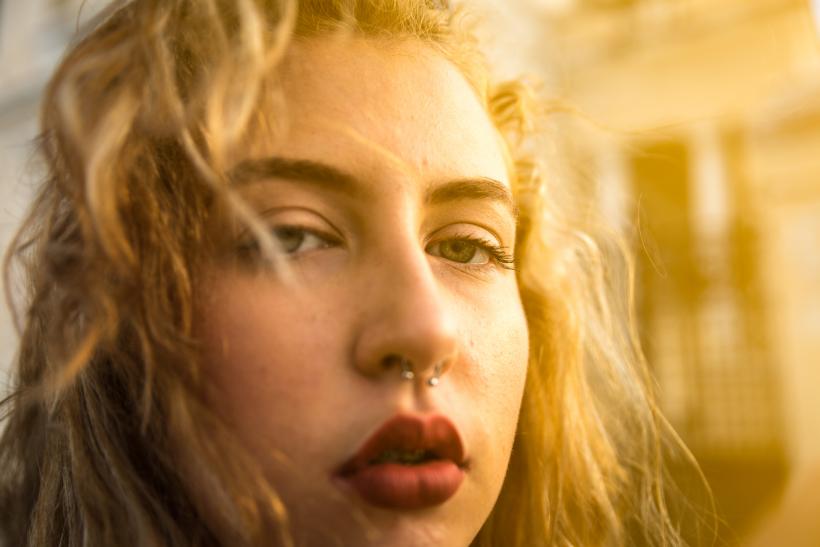 A sad fact: Many men who are sexually attracted to fat women are ashamed of it.

Many years before I got together with my boyfriend, I had a sex thing with this guy that I thought was relationship-material. He not only had an amazing body but a great personality as well. I was honest when I met him that I was looking for something more than just sex, and he led me to believe that was what he wanted, too. Between having mind-blowing sex, we ordered in, played video games, and watched movies, couple-y type things but without the label. But when I tried to get him to go to a show or out to dinner with me, he refused. My frustration grew as the months went on, and one day I confronted him.

“Why don’t we ever go anywhere?”

“We have everything we need here,” he answered while simultaneously distracting me by caressing my shoulder-blades.

“We actually don’t,” I said. “I’m hungry, let’s check out that new Indian place around the corner.”

“No! We might run into one of my buddies,” he said moving his body further away from me. The underlining meaning was clear — he couldn’t take the chance that someone he knew would see him with me.

He needed to keep our relationship on the DL so that no one would ever suspect that he enjoyed spending time with me… a fat woman.

He was super fit, so obviously that’s the kind of woman that he wanted to be associated with, the kind he could be seen with at the Indian place.

When I realized that he was ashamed of being seen with me, I felt as if I had been punched in the stomach — a place where much of my pain already resided.

To him, I was fuckable, but not dateable, and he dumped me soon after that conversation.

He did me a favor by not continuing to lead me on. Otherwise, I might still be trying to prove to him that I was worth any shit he might have gotten from other people. If I was still his secret shame, I might not have met my boyfriend, so thanks, athletic-asshole.

I had hoped that now, in this day and age of body positivity and acceptance, that men no longer need to hide their desires, and that being labeled as someone who likes fat women isn’t the worst thing in the world.

But I was wrong.

With over 1100 comments, Tess’s followers confirmed that the bigotry, misogyny, and fear of fat-shaming by association was still happening. Her words resonated with them, and they all shared the same truth.

It’s just a sad fact: Many men who are sexually attracted to fat women are ashamed of it.

They’re okay with banging a fat girl, but they don’t want to hang out with her — someone might judge them for it. As fat women, we’re forced to develop a thick skin because people already feel that it’s their right to say anything to us. We’re tough enough to handle it, but some men’s egos are just too fragile, and they crumble.

It’s one thing if you’re not into fat women — everyone has their preferences and not every body type appeals to everyone. But if you find larger women hot and you want to have sex with them but don’t want to be associated in public with them, then that’s emotionally abusive.

If you’re attracted to fat women but date thin women as a cover, that’s just as screwed up as using people to fake your sexuality — it will hurt everyone involved. I knew a gay guy who hadn’t come out to his family, so to keep his façade as a straight person, he’d date very conservative Christian women (Christian so that they wouldn’t expect him to sleep with them). He didn’t think he was doing anything wrong by dating them, but, in fact, he was using them and lying to himself.

Everyone should have the freedom to express their desires openly (as long as there’s consent from both parties). If you modify your behavior and wants to what you think will protect you from criticism and/or ridicule, then you need help, because that kind of self-loathing will only grow until it has destroyed you.

If a fat woman wants a purely sexual relationship, that’s great, but it shouldn’t be her only option. Some guys think that they’re doing a fat woman a favor just by having sex with her — that we’re beyond grateful for any attention whatsoever. Because we’re fat, we’re willing to do almost anything with anyone, and that there are no limits to what we’ll do to please you.

No one wants to be on the Try It Once list.

Don’t tell me you’re looking for a relationship, or act like we’re in one, when all you really want is to experience what sex with a fat woman is like.

I’ll tell you what it’s like: It’s as amazing and fun as having sex with anyone who’s into having sex with you. We don’t have magic vaginas, and our breasts don’t do any special tricks — well besides the usual, like feed or comfort people. Fat women are just as hot and sexually gifted as women of other shapes, sizes, and abilities. Being fat doesn’t mean we’re so hungry for attention that we’ll put our own needs aside and do whatever we can to rock your world.

If you’re with someone who doesn’t make you feel beautiful or who isn’t proud to have you on their arm, you need to dump their ass. Being alone is far better than compromising on what you deserve or being made to feel as if you’re someone’s big dirty secret.

You’re not only dateable, you’re lovable, and worthy of being treated with respect and love.

I regret not standing up for myself when I discovered that the athletic guy was only using me for sex. But at least I learned, as we all should learn, that I’m responsible for being my biggest advocate and to never accepting anything less than what I need.