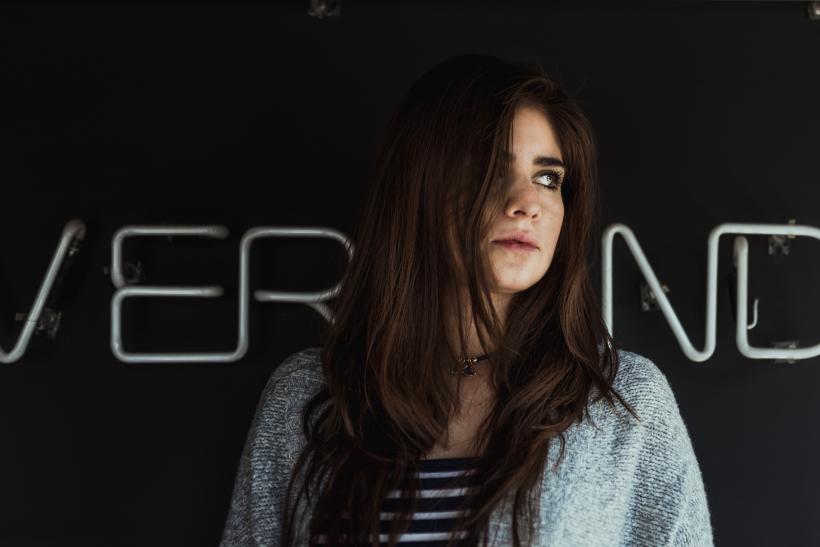 Photo by BRUNO CERVERA on Unsplash

“Just so you know,” I texted, “I’m meeting a friend for dinner.” I hit send and waited for my new boyfriend’s response.

When my phone pinged and I read, “That’s great, have fun!” tension drained from my shoulders.

If I’d been texting my ex-husband the response would have been, "Where are you meeting? Are you drinking? When are you going to be home?" If I’d been allowed to go out at all.

During my five year marriage, my ex-husband used verbal, financial, and emotional abuse to increase his control over every aspect of my life. He’d scroll through my phone and delete the numbers of men or people he didn’t know. There would always be a reason that I couldn’t leave when I was supposed to meet up with friends.  If I got home late he’d behave in ways to punish me — from the cold shoulder to outright refusing to care for our son. I’d cancel plans more often than I’d keep them.

It’s been three years since I left him, but the trauma lingers. And I’ve found that dating after domestic abuse has its own problems.

First up, there’s the defensiveness.

When a simple request for less spices on your meal leads to a rant about your boring palate and how much it sucks to go out to eat with you; when expressing your opinion about your company’s latest acquisition leads to cutting comments about your worthless degree and dead-end career; when even the most innocent comment can lead to a nasty rant, you live your life constantly on the defense. It’s hard to turn off that defensive setting.

As Sharie Stines, Psyd, a therapist specializing in helping survivors of abusive relationships, explains, “Defensiveness is a protector emotionally. When you perceive a threat, it’s become a habit to respond defensively because you’ve been there so often.”

And it can be wearing on a new relationship. For my first Christmas with my new boyfriend I made kringlar, a Norwegian bread recipe passed down from my great-grandmother. I explained that the examples in cookbooks didn’t look anything like what I made so the name was probably wrong, but it was still a tradition. He pulled out his phone and started googling the word’s origins. “How do you spell it again?”

“Hey, it’s okay. I just thought I’d help you find out more about it.”

Other men haven’t responded as well. Years spent on a therapist’s couch can vanish in an instant when you’re triggered, and for many new partners it can be exhausting to live with that day in and day out.

While it’s helpful to explain why you might react that way, I’ve still had to go back and apologize for my overreactions more than once.

It was bread, right?  Certainly not worth jumping all over him. But living your life on the edge of constant tension takes its toll. Not only is my default to expect an attack from a romantic partner, I may react irrationally to normal behavior.

Once I was in a relationship, I worried that I’d make the same mistake, that he’d flip a switch one day and turn into an abusive man. After all, I’d screwed it up once before.

Dr. Steven Stosny has spent twenty years working with abusive relationships. In this time he has noticed a gender distinction in that men who emotionally abuse typically use abuse to control and create fear.  In his words, “the more you experience fear, the more sensitized to possible danger you become. The usual reaction to fear is hypervigilance." That hyper-vigilance, always monitoring my partner’s reactions, his emotional state, reading into the tone of his voice or its volume (is he yelling because he’s mad, or because we have a bad phone connection?), became second nature.

Lack of Trust in Yourself

Why did she stay? Why did she date him in the first place? Why didn’t she see the signs? If society criticizes survivors of domestic abuse, it’s nothing compared to our own self-doubt.

When I started dating again, I constantly second-guessed my own decisions. If I didn’t like a man and didn’t want to see him again, maybe it was because I still had a ‘thing’ for bad boys. Was he really nice, or just faking it? Once I was in a relationship, I worried that I’d make the same mistake, that he’d flip a switch one day and turn into an abusive man. After all, I’d screwed it up once before.

And if your ex engaged in gaslighting, your faith in your own judgement is even harder to rebuild. Stines compares gaslighting — your partner telling you that you’re the crazy one, that they’re not doing anything — to being in a cult.  “Your whole reality gets twisted, “ she says. “You’re never validated. You have to find your intuition again and learn to trust yourself.”

At some point I had to work through and let go of my constant questioning of myself, but it wasn’t easy. And it can still rear its head if I haven’t connected with my significant other in a few days, even if it was just due to busy work schedules or one of us being sick.

“You probably shouldn’t ever date or get married again,” my ex told me the day after I left him. “You’re too damaged.” Throughout our relationship he’d commented on how being with me was a minefield of triggers, and that no other man would put up with me.  He’d done everything he could to convince me that I was unworthy of love.

One of an abuser’s tactics is to tear down your self-worth and convince you that no one else will ever love you.

It’s a way of keeping you from leaving them, and it can be quite effective combined with all their other emotionally abusive strategies. The problem is that even after the relationship has ended, even after you’ve learned to recognize and name what they did as abuse, the insecurities linger.

With time, and love, and a lot of work in therapy, all of these problems have faded. Past trauma can and does impact survivors in the dating world. That doesn’t mean that we’re unworthy of love or incapable of finding it. And, luckily, while each of these issues can come up, they’re not constant.

Sitting down and telling my partner why I’m struggling, or why his actions or words have triggered me, has cleared up a lot of misunderstandings and created a more solid foundation for our relationship. Taking the risk to love again is an act of courage. In Stines' view, it can be scary, but “it’s healthy to risk love again. Just set boundaries and know where you end, and the other person begins.”

If you like this article, please share it! Your clicks keep us alive!
Tags
abuse
domestic abuse
dating
Relationships