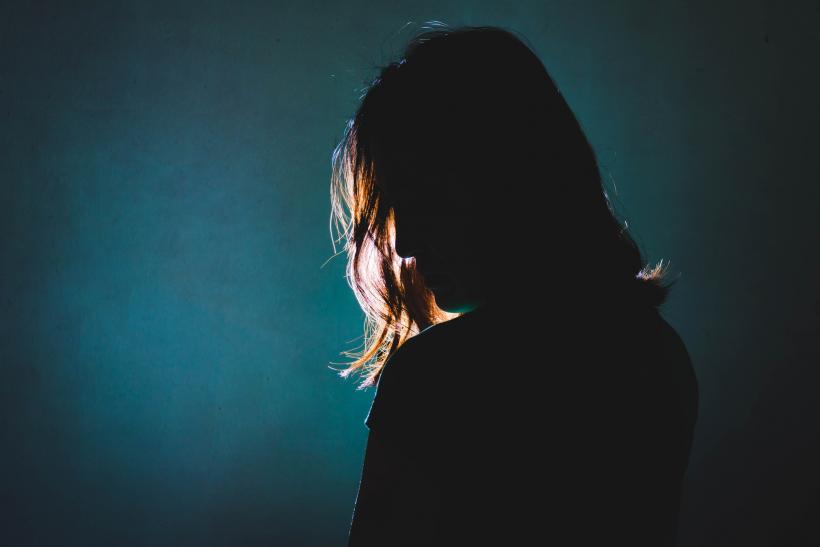 Women can still be punished for speaking up about domestic violence, and not just by losing a job but by a legal system that fails to protect them.

On May 9, 2014, Jacquelyn Jorud attended a banquet held by Someplace Safe, an organization which provides services for victims of domestic violence and abuse. At the banquet, she accepted the “Survivor Award” for empowering herself and inspiring others to stand against domestic violence. After the organization posted on Facebook about the award, issued a press release, and sent out a newsletter with her story, her ex-husband sued both her and Someplace Safe for defamation. Even though she wrote under her maiden name and he was not named in any of these places.

Women’s voices are finally being heard. #Speakup, #Metoo, and the almost-daily outing of public figures for sexual harassment, abuse, and rape have dominated the recent news cycle. If Weinstein was the first domino to fall, we haven’t reached the end.

Women can still be punished for speaking up, and not just by losing a job or enduring a barrage of nastiness in their Twitter DM’s, but by a legal system that has consistently failed to protect them or deliver any justice.

Defamation laws vary by state but have several universal principles at their core. They all attempt to address issues like malicious intent, a person’s reputation in the community, and something called qualified privilege. Qualified privilege would protect from a lawsuit if the act were committed in the performance of legal or moral duty — such as a psychologist writing up a report alleging child abuse. These are all difficult concepts, both to prove and defend, and the laws have not yet been re-written for our current digital age.

There are no barriers of proof to file a defamation lawsuit in the state of Minnesota. Anyone can file a lawsuit alleging that you have defamed them, caused damage to their reputation, or inflicted financial damages. The idea is that the cost of legal fees is enough of a deterrent. But is it?

Abusive, controlling men have shown a shocking willingness to use the legal system to silence women’s voices.

Weinstein’s victims signed non-disclosure agreements. Famously, so did McKayla Maroney, which she chose to violate in testifying against Larry Nassar.

I don’t blame these women for signing these agreements and accepting compensation. Taking legal action requires vast financial reserves to which most victims don’t have access. It’s telling your story over and over again to indifferent, sometimes scoffing listeners. It’s revisiting pain and humiliation, and with no guarantee of a win.

If the power differential between the accuser and the accused is vast — a Hollywood mogul versus a young actress, a gymnast versus Michigan State University — they can bury you in a flood of depositions and legal bills and permanently damage your reputation just for speaking up.

Often, if someone sues you for defamation and loses, you cannot recoup your legal fees from them. After one court decided in Jorud and Someplace Safe’s favor, her ex-husband appealed it, and the case is now headed to the state’s Supreme Court. I can only imagine how much it has cost her, not just in legal fees but mental anguish. If someone acts first, by suing for defamation, it’s challenging to countersue for harassment or defamation against you. Whoever gets their lawsuit in first has the default upper hand.

It’s important to note that the legal team of the party who is suing is paid regardless of the outcome. As long as the person hiring them can pay their bills, they are not dis-incentivized from taking on a case they could lose, or that has no merit.  And, let’s not fool ourselves, unethical lawyers exist. I’ve had an experience with one.

About twelve years ago, I was my grandfather’s legal guardian. He’d been declared mentally incompetent after an evaluation determined that he had the reasoning ability of an eight-year-old. One day, he snuck out of his facility, looked up a lawyer in a phone book, and paid her a ten thousand dollar retainer to take on his ‘case.’ A few months and multiple court orders later, we were able to get some, but not all, of the money back. The judge verbally censured his lawyer in court, but she faced no real consequences.

I am of the opinion that, without a deterrent against taking on a case they could lose, and given the deep pockets of some of the men and organizations involved, there will always be a lawyer somewhere willing to represent men using the legal system to perpetuate abuse. Given the cost of a defamation lawsuit, if you’re sued, the smarter financial choice may be to settle, even if the person suing you has no real case.

These laws are supposed to protect individuals from reputational and financial damage while at the same time protecting free speech. But defending oneself against a defamation claim in the instance of domestic abuse and violence can be practically impossible.

The problem is that domestic violence and abuse is, by its very definition, domestic. Behind closed doors. Committed in private.  While it can spill into the public sphere — a husband grabbing his wife’s arm and twisting it to get her out of a restaurant, for example, or harsh and belittling words in front of others — in my experience the worst of it happens when there are no witnesses.

The same applies to rape and sexual harassment. In these instances, the burden of proof that applies to other crimes can be an insurmountable barrier. It took 60 voices to bring justice to Cosby’s victims. 156 women testified against Nasser. With those numbers, it’s a surprise that any women come forward at all.

One could infer that the legal system is biased against our voices, disregards our lives, and prioritizes the voices and reputations of prominent men over their victims. Or one could state it outright.

I hope that the dominoes keep falling and that they eventually lead to both cultural change and legal reform. While I am not a lawyer, I have interacted enough with the legal system — in multiple states as my grandfather’s guardian, with probate and trust issues after my mother’s death, and in my divorce — that I have lost much of any faith I may have ever had in it.

It is hard enough to survive domestic abuse and violence, rape, and sexual abuse and harassment. If someone has the courage to share her story, to contribute to the chorus of voices demanding that our bodies and lives be treated with the respect and given the autonomy they deserve, to tip over another domino, she should be met with support and love. Not legal papers.

*Author’s note: Yes, men are victims of domestic abuse and violence, rape, and sexual harassment.  However, given that all the victims discussed in this article are women, I have chosen to use female pronouns throughout.