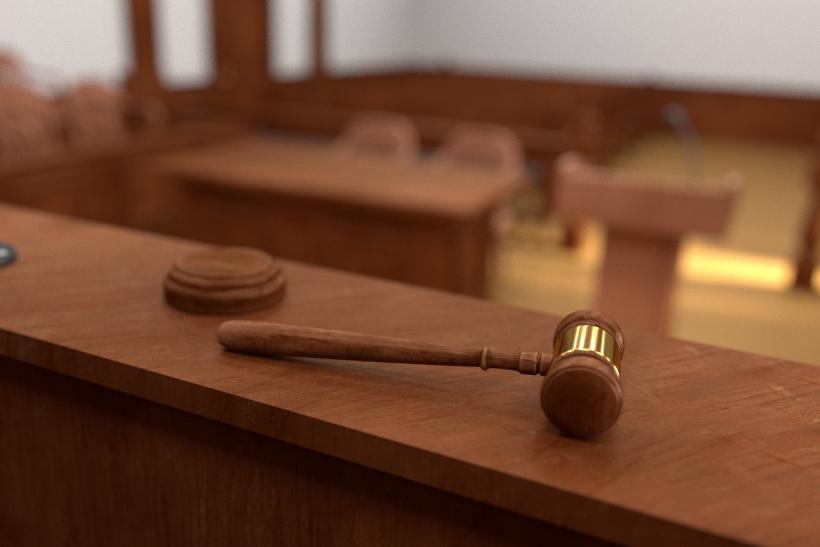 Half of the murders of American women are related to domestic violence.

Domestic violence victims are often told the same two things when they disclose abuse — leave and get an order of protection. But does a restraining order and the legal system really protect victims when they escape?

Why don't they just leave? That question is constantly pummeled at victims of family violence, the implication being that they have agency and can leave. The reasons victims struggle to get out are profound. They are 70 times more likely to be murdered in the first two weeks after fleeing an abuser then at any other time and 500 times more at risk for extreme violence after escaping their batterer.

Intimate partner homicide is now one of the leading causes of death for women. Half of the murders of American women are related to domestic violence.

Victims rightfully fear fatal retaliation against them, their children, and other family members, particularly given how the systems in place to protect them have failed. Statistics show that a restraining order only works some of the time, with up to two-thirds of orders violated.

An order of protection can establish a paper trail to prove abuse and advocates aren’t advising that victims stop getting them. However, it is not a panacea for stopping violence without other measures in place because many abusers try to reassert control and become more violent after an order is issued. A study done by the University of Pennsylvania shows that one-fifth of victims who had a restraining order were killed within forty-eight hours of the order being issued. One-third were murdered within a month.

Many batterers don't fear violating an order, especially when the repercussions are virtually non-existent. An offender can be arrested, charged and jailed for these violations, but they rarely are — and the failure to enforce those consequences can have a deadly outcome, especially for women like Laura Aceves.

Many police officers, judges, lawyers and lawmakers hold an inherent belief that this is not a crime worthy of investing more time, research, and funding because battered women may go back or not leave, fueling the perception that they are not "real" victims and systemically ignoring the intense barriers they face when trying to flee.

Laura was abused and terrorized for years by her boyfriend, Victor Acuna-Sanchez. After she left, the violence and stalking only continued. Her batterer was out on bail, awaiting trial for multiple charges of assault when he murdered her in front of her four-month-old baby.

In the days leading up to the murder, Acuna-Sanchez broke the conditions of his pretrial release numerous times but faced no consequences. Three weeks before Laura was killed, he was arrested for violating a no-contact order and was released the following day. He was ordered to regularly check in with a probation officer, but he never did — and no one ever came looking for him.

But despite the legal system's glaring negligence, victim blaming in cases of domestic violence is still rampant.

When questioned on how they could improve the handling of domestic violence cases in the county where Laura was murdered, Sheriff Bob Grudek stated that he was not convinced that a more preventative approach, like setting high bail for chronic abusers or GPS tracking for offenders who violate an order of protection, would make a real difference.

“The question you’re asking me is what’s wrong with the courts...I’m asking you, what’s wrong with the women?" Grudek stated. He went on to claim that domestic violence prevention should focus on why women go back to the abuser and how it isn't “logical or responsible” to think the criminal justice system could "solve the problem."

Victim blaming attitudes like this are not uncommon and negatively impact the efforts to do more to help the one in three women who are victims of partner violence. The legal system enables implicit bias against battered women. Many police officers, judges, lawyers and lawmakers hold an inherent belief that this is not a crime worthy of investing more time, research, and funding because battered women may go back or not leave, fueling the perception that they are not "real" victims and systemically ignoring the intense barriers they face when trying to flee.

In North Carolina when law enforcement implemented a new program to curb gun violence, they discovered many of their homicides were really caused by domestic violence. Police chief Kenneth Shultz discussed changes his department is making, stating "in the past, we've put so much pressure on the victim, but we pretty much let the offender get away with it."

Rita Smith, executive director of the National Coalition Against Domestic Violence, states, "Women who want to leave an abusive home and establish a new one can face an arduous journey. Every battered woman I've ever talked to thinks, 'How can I get out?' At some point, probably all of them will make some attempt. The question is, what's in place to help her do that? And it's often very limited."

But there are things that can be done to address intimate partner homicide. GPS tracking for offenders who are out on bail, a time when they are most likely to strike, can be very effective in monitoring their behavior and protecting victims. Diane Rosenfeld, director of the Gender Violence Program at Harvard University, states that this kind of GPS device is “an ankle bracelet with a phone in it so a probation officer or police department can speak to the offender." If a domestic violence offender travels outside the boundaries allowed, the device will warn them they are now out of their zone. It can also track if the offender is headed to the victim's house, alert the victim, and send police.

When Connecticut, one of the first states to use GPS tracking for certain domestic violence cases, implemented this system, Rosenfeld states “they have had no domestic violence-related homicides in the areas they’ve served in 11 years. It can really save lives.”

Yet only 23 states are currently using these monitors.

Family violence impacts every community, but many states still have very limited resources and shelters, further compounding the problem. In Missouri, domestic violence shelters are so full that two out of every three victims who seek shelter are turned away.

New Hampshire is also one of many states experiencing similar challenges. Amanda Grady Sexton, director of public affairs for the New Hampshire Coalition Against Domestic and Sexual Violence, states, "The numbers are horrifying. I just can't imagine sitting there for years in an abusive relationship and then, when they do say, 'I'm going to leave," find out there's nowhere that can take them."

How can a victim escape if there is no place in which to escape?

Home should be a safe space, but for many, it is the most dangerous place to be. Victims often have no place to go and if they do manage to leave there are no significant consequences for offenders who violate restraining orders. They continue to face blame and judgment, often perpetuated by the very system they're supposed to turn to for protection — a system that is regularly failing them.

If you like this article, please share it! Your clicks keep us alive!
Tags
legal system
courts
abusive relationship
women
strong women
fighting back
domestic violence 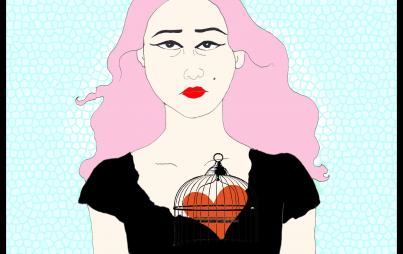