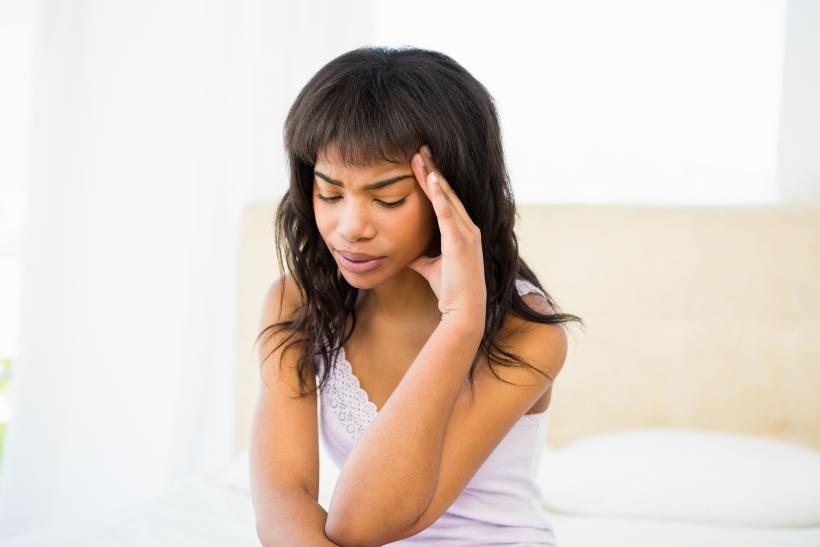 The most common concern I get from female-bodied clients is low desire. Women are just not feeling it.

I have noticed that when it comes to wanting to have sex, women are at a disadvantage. The pleasure gap between men and women is real, and I see it play out all the time with not only my clients but my friends as well. Historically, women have been classified as less sexual than men, but I believe the reality is far more complicated.

If you're a woman who thinks you're just not that into sex, that may be the case — but I also think there are circumstances that make it harder for women to access sexual desire consistently.

Whether partnered or single, I see many common factors at play when women approach me with problems with desire. Some women are working mothers, some are solopreneurs, some are dating for the first time, and some have been in long-term relationships for years. In our sessions, when we get to the heart of the issue, what's really going on is that most women have so much going on that there is no time, space, or energy for sex — even if they want it.

The societal pressures on women to fill the many roles they take on (whether partnered or not) add up to plummeting libido. Since this disparity is so pervasive, we should start framing low sexual desire as a feminist issue and address it as such. We need to talk about how low sexual desire in women is affected by the patriarchy — for real.

I think it's really important that we look at the circumstances that contribute to low desire in women as feminist issues because it's not just that women are tired, or that it takes us longer to build up desire though those things may be true. Low desire can also be a response to persistent low-grade sexism, racism, homophobia, or any other form of oppression that women experience on a day-to-day basis.

Just think for a moment about all the shit you put up with at work, school, and home that isn’t sexy or fun! Then read on to see what you recognize in your own life.

An important note: For the purposes of this article, we'll be focusing on women who have vaginas, but it's important to acknowledge that not all women have vaginas — and not everyone who has a vagina is a woman. If you'd like to read more about trans women's experiences with dating and sex, check out this great essay by Juno Dawson (and her book!).

The clitoris, which is The Pleasure Center of cis female genitalia, has been left out of textbooks, anatomy lessons and sex education since, well, forever. It is only recently that we have seen its inclusion in educational materials and medical texts, but students will still never learn about the clitoris in sex ed.

If women don't know that they have a Pleasure Center, where it is, or what it does, then how can they be expected to fully access their own pleasure — let alone explain to a partner how to please them? The exemption of the clitoris from education has led so many women to feel like they are incapable of the types of pleasures they see depicted in media and pornography and makes them feel broken. Men receive the same shitty education that women do, so they are in no better position to unlock the secret that has been kept from us all.

2. The Male Model Of Desire Is The Standard

It's no secret that women take longer on average to arouse sexually. There's nothing wrong with that. There is something wrong with judging women who take longer to arouse because the arousal model we have is constructed on the male desire. Women's monthly cycles of desire, our sexual tendencies and needs, and natural arousal patterns were not really considered in early sex research. If they were, the male experience was seen as the standard and female responses were seen as in opposition to or complementary to men. The fact that it may take women longer to arouse isn't the real issue. It's that our arousal has been seen as less than the male experience. Who’s turned on by that?

3. The Stress Of Dating & The Virgin/Whore Paradox

Women hold these two conflicting thoughts from the time they open an app to when it's time to part ways with a date. Women also hold these thoughts while they’re having sex, and depending on how they are treated after the act, may not feel like risking that experience again. There are, of course, so many other dating woes that women endure that men do not experience to the same extent and therefore do not have to worry about.

Within partnerships, there are other factors at play that contribute to low desire. Despite advancements in women joining the workforce, when it comes to raising a family and taking care of household duties, women still disproportionately handle domestic labor. Women in relationships are do about 65% of household duties. When I work with couples (particularly heterosexual ones), addressing this imbalance is one of the first things we do to clear up space for more sexual energy. It’s amazing what shifts can occur when these imbalances are pointed out and talked through.

Low desire in women is not something that I believe is inherent. We are all sexual beings with a lot of potential to be sexual! But there are societal pressures that impact how women are able to express ourselves as sexual beings. Laboring under patriarchy isn’t sexy. It demands that women hold ourselves up to standards we had no say in creating and it positions us as the ones who have to do it all in order to have it all in our relationships.

When we recognize that access to desire is a feminist issue, we can start talking about it more specifically and identify areas in our own lives that are holding us back from our true sexual desires.

If you like this article, please share it! Your clicks keep us alive!
Tags
low sexual desire
sex drive
low sex drive
women 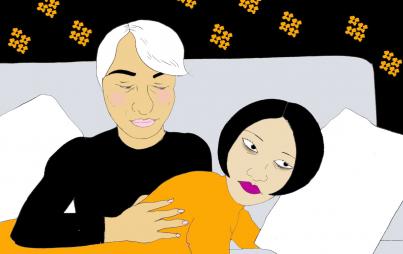