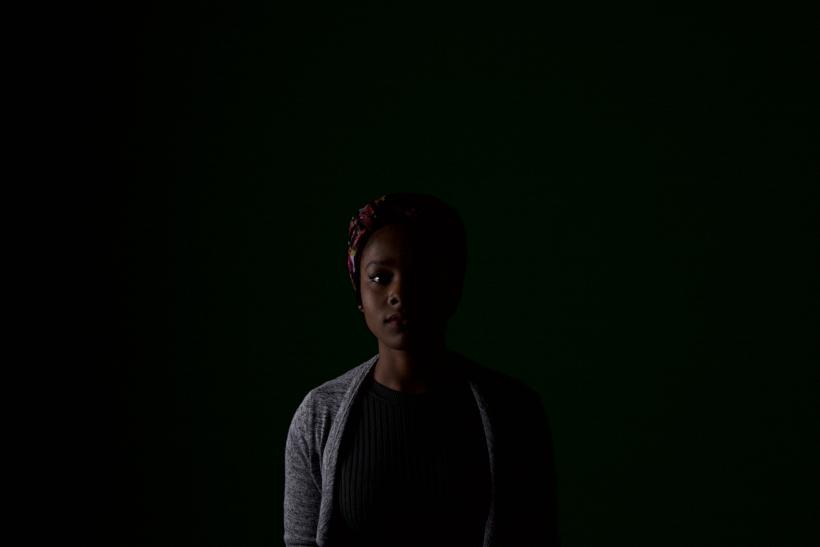 Photo by Olayinka Babalola on Unsplash

I was supposed to be afraid.

He snarled at me with a look that said, “How dare she confront me?"

My friends and I had been at a lounge when we saw a man getting aggressive with another woman. She was sitting down, and he was standing over her, grabbing her. All of a sudden, he yanked one of the fans that the venue had placed on the wall and threw it onto her head.

We saw the look of shock and fear on her face and immediately went over to help her. A verbal exchange ensued, and the bouncer stepped in and threw him out. But a few minutes later we saw him sneak back in, walking by us while smirking and laughing.

When we approached him and told him that he was not supposed to be on the premises, a physical altercation erupted.  The man punched my friend in the face, and his friend came up behind me and put me into a chokehold. I clawed at his arm, digging my nails into his skin as hard as I could, scratching his forearm, kicking his legs, screaming “get the hell off of me” as I tried to break free. As this was happening, my rage at how he thought he could grab me in this manner, his inherent belief that he was allowed to touch me so aggressively, drowned out any fear I may have felt.

While all of this unfolded, the other patrons just looked on. Eventually, a manager heard me screaming and started to walk over, causing the men to run away. The police were called.

The attackers' initial response towards us, which was a kind of incredulous outrage, is deeply ingrained in our society. Women aren't expected to stand up and audaciously fight back.

There is no place where this attitude towards women is more evident and extreme than in our legal system, especially regarding how we treat domestic violence victims. Survivors who are in imminent danger and forced to use violence to defend themselves regularly face intense scrutiny, arrest, conviction and lengthy prison time.

For Cherelle Baldwin, this rings all too true. On May 18, 2013, Baldwin hit her ex-boyfriend Jeffrey Brown with her car, killing him. She had reported to authorities that he broke in, attacked and strangled her in front of their 19-month-old son (he was later found holding a belt that he used to whip and choke her), and when she frantically attempted to escape, she crashed her car in the driveway, killing him.

Brown had tried to murder Baldwin, sent her a slew of threatening texts, and violated the protective order she had against him. Ten days before his death, he had also been convicted of breach of peace for an earlier domestic incident. But none of that mattered to the authorities. Throughout media coverage of her case, Baldwin was portrayed as a deranged, unstable woman. When she first saw her name on the news, she said, “They make you sound crazy.”

The innate skepticism that a woman’s violence is not justified contributes to the burden of proof being higher for domestic abuse survivors. Baldwin was charged with murder, and her bail was set at 1 million dollars. She went through two trials and spent three years in jail waiting to be believed. After her second trial, she was finally acquitted.

Victims of domestic violence have the right to defend themselves. Survivors shouldn't be victimized twice — once by the abuser and then again by the legal system — when they are forced to take action to prevent their death.

For many survivors, prison time is much longer. Valerie Seeley's boyfriend abused her for many years. He was arrested for domestic violence and ordered to attend an offenders program, which he rarely did. Subsequent calls to the police resulted in no help.

Seeley attempted to leave her abuser. However, when he discovered her plans, he tried to strangle her with a phone cord, threw her against the bathroom door, and began choking her.

“I thought, ‘I’m gonna die,’” Seeley recalls. In mortal danger, she grabbed the first thing that she could — a knife — and stabbed him. Despite the fact that she was defending herself, Seeley was still convicted of second-degree murder. Fifteen years later, she remains in prison.

No one knows exactly how many women are incarcerated because they defended themselves against an abuser since there is no statewide system for tracking this information. However, a recent study in New York showed that 67 percent of women in prison for killing someone close to them were abused by that person. A California study also found that 93 percent of women incarcerated for killing their partner had been abused by that partner and that in 67 percent of those cases, the homicide occurred during an attempt to protect themselves or their children.

Even in cases in which the abuse was well documented, survivors still face additional scrutiny over their necessary actions being “real” self-defense. Self-defense is often not given the credence it deserves in the court system due to the underlying false assumption that a victim could have just left.

In reality, leaving is never that simple. Fear of deadly violence towards the victim, children, or other family members can prevent someone from leaving.

Statistically, a woman is 500 times more at risk when they leave and 70 times more likely to be murdered in the two weeks after she leaves an abusive relationship. "Research has shown the risk of domestic homicide becomes highest during the period of separation," states Betty Jo Barrett, a domestic violence researcher and an associate professor in the women's and gender studies program at the University of Windsor. When a victim tries to go, abusers escalate their aggression, power, and control tactics to force them to stay.

Kim Dadou was physically abused and raped by her boyfriend for five years. He had been arrested five times for battery. One night he tried to kill her by strangling her in the car and in that moment of sheer terror she reached for a gun she knew he kept under the seat. She fired the gun and ran for her life. She was later charged and convicted of manslaughter in the first degree and served seventeen years. His previous arrests on battery, police reports, and hospital reports documenting the abuse were virtually ignored at her trial.

The bias against abused women is evident in their sentencing as well. The overwhelming amount of survivors who kill their abusive spouse have no previous criminal history and pose no threat to society, but studies have shown that women who kill an abuser serve more time than men who are convicted of abuse or murdering their female partner.

"In the vast majority of cases in which victims use force against their abusers," they do so in a confrontational situation in which they have to act immediately to protect themselves or their children, they don’t just snap out of the blue” states Dot Goldberger, a member of the National Clearinghouse for the Defense of Battered Women. Michael Dowd, a New York attorney, who has defended women who have killed their abusive partners, compares a battered woman's predicament to a hostage situation: “If a hostage was told he would be killed the next day, we would applaud the strangling of a sleeping guard in an effort to escape." But a woman who kills her husband in the wake of a similar threat “is far more likely to be greeted with the clanking of the jailers' keys.”

Victims of domestic violence have the right to defend themselves. Survivors shouldn't be victimized twice — once by the abuser and then again by the legal system — when they are forced to take action to prevent their death.