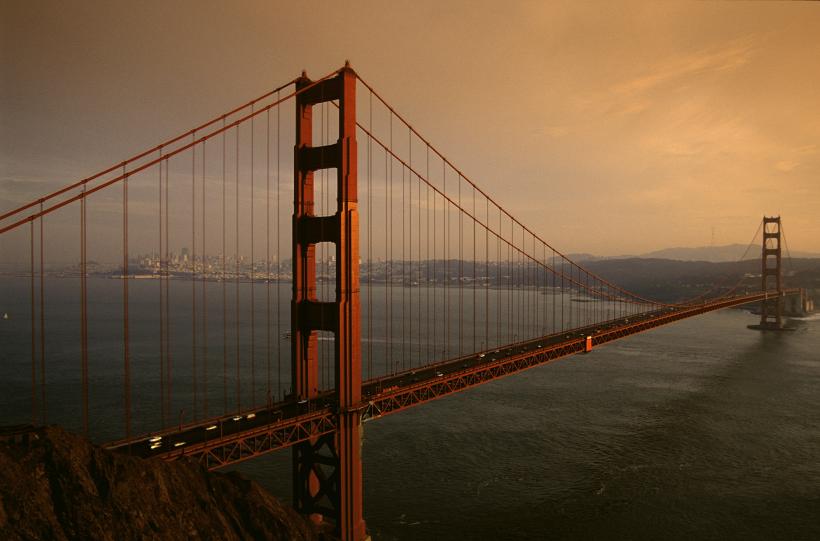 San Francisco’s Golden Gate Bridge is the icon of the city by the bay, known for its architectural beauty, arresting red color, sweeping entrance to the Pacific Ocean and—unfortunately—suicides. Loads of them. In fact, the landmark has the unsavory distinction of being the most popular spot in the nation for taking one’s own life.

No doubt recognizing this dubious honor is largely a PR nightmare, the site’s board of directors recently approved a $76 million project to install a steel safety net on either side of the bridge to catch any melancholic souls trying to cast themselves into the sea—despite serious criticism that the 20 foot-wide netting will constitute an eyesore on the 77 year-old engineering wonder.

The bridge has hosted about 1,600 suicides in its history, and an apparent upward trend—including a record 46 suicides last year—was enough to convince the board of the protective measure, which is planned to be in place by 2018.

The Golden Gate Bridge certainly isn’t alone in its suicide infamy however. The top bridge in the world for self-inflicted death is the eerie Nanjing Yangtze River Bridge in China; the Mapo Bridge in South Korea is another major suicide hotspot.

To combat Mapo’s deadly problem, Seoul leaders commissioned a makeover of the bridge, giving it bright LED lighting along with inspirational pictures and messages—like, “The most shining moment of your life has yet to come” and “A difficult moment will eventually flow like the river below.” You know, the river below that’s seductively calling your name . . .

Unfortunately, the bridge has experienced even more suicide attempts since the makeover—perhaps because the branding served to further broadcast the fact that many fellow citizens have considered it pretty good place to die.

The directors of the Golden Gate Bridge aren’t trying to convince the downtrodden that life is worth living however—they’re simply focused on making it a lot harder to complete the action. Granted, this seems like an issue of resolve, since those who are really committed to ending it all could presumably just jump from the netting.

Not so fast however! Research indicates that this first line of defense might be enough to do the trick for most people. While those who attempt suicide by certain methods—like hanging—are much more likely to finish the job even if the first attempt goes awry, those who try it by jumping face much less risk of successfully doing themselves in a second-time around.

This implies that those who jump may be doing it more out of impulse than a long-enduring desire to end it all. So the steely net just might be enough to avert them from jumping at all, or at least to abort after the first try when they realize, “Hey, I’m still alive! And damn, it’s cold out here.”

Granted, it’s still unclear what any jumpers will do once caught by the net and decide they'd rather go home now. So here’s another lesson for anyone contemplating a Gold Gate plummet: Go ahead and keep your cell phone on you for the ordeal.

Otherwise you might have a long wait until a boat sees you shivering up there, new lease on life in tow. #nojudgement