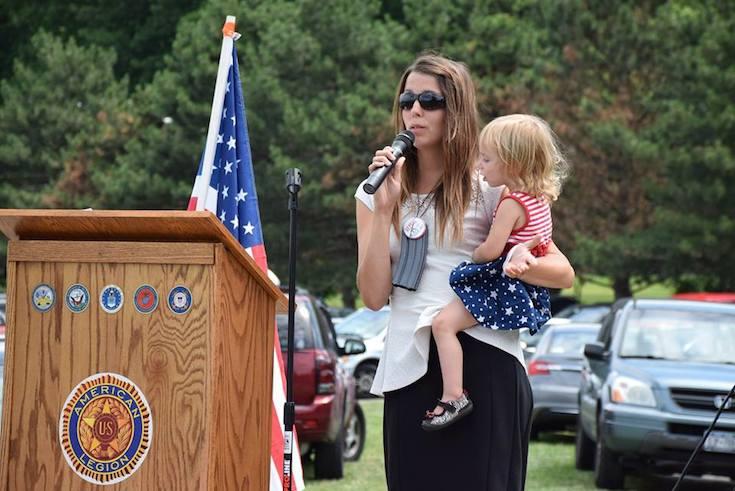 Gia Arnold may have been on the path to something amazing. At the ripe young age of 24, she was already a mother of three and a Republican candidate for the 62nd district in the New York State Senate. Despite her conservative background, she was unafraid to break from the party line with her liberal social leanings, including support for gay marriage and marijuana legalization. Education was one of her main platforms (three words: Common Core outrage) and her campaign was impressively grassroots; she managed to rake in endorsements from both the New York Tea Party and New York Libertarian Party.

I may be a California resident who is as liberal as the day is long, but I'd love to see this woman in office. We could certainly use more fierce females in the political sphere, and you have to respect her well-rounded views and ability to draw support from different sides of the aisle.

Arnold halted her campaign due to an extramarital affair, leaving her name on the ballot but suspending her run. She confessed that she cheated on her husband August 1, then left him four days later. On one level, this seems wise. With her life changing drastically almost overnight, becoming an elected official may be too much. But should this really be enough to sink an otherwise promising campaign?

Arnold's opponent, Rob Ortt, released a perfectly pleasant statement on her decision, saying he respected Arnold for putting her family first. Tea Party spokesperson Rus Thompson (surprise!) had harsher words: ""It took guts to admit it, but showed weakness—something we do not need in this state full of corruption." Ouch.

I don't condone cheating—but come on, people make mistakes. It raises, again, that age-old question in politics: Should a personal-life indiscretion disqualify someone from office? Admittedly, an extramarital affair may make a politician less likable, but people have been increasingly and surprisingly forgiving of infidelity over the years. One survey from last year found that only 28 percent of those polled would stop supporting a political candidate on account of cheating.

The proof is also in the pudding: People still line up for blocks to listen to Bill Clinton talk. Mark Sanford is back in Congress—and even starting to bring his former mistress/current fiancee to political events. Sexter extraordinaire Anthony Weiner was on a well-worn path to redemption, garnering support for the New York City mayorship, when another sexting scandal sunk him for good (one thing Americans won't stand for is a cheater who doesn't learn their lesson. Tsk tsk.).

The good news is that Arnold, despite being a woman and a mother, hasn't really been more or less chastised than the typical male politician caught with his pants down. Perhaps that counts as progress. But the real progress will come when we can stop the madness altogether—and let politicians deal with personal matters in their personal lives.