Premature Ejaculation is All in His Head 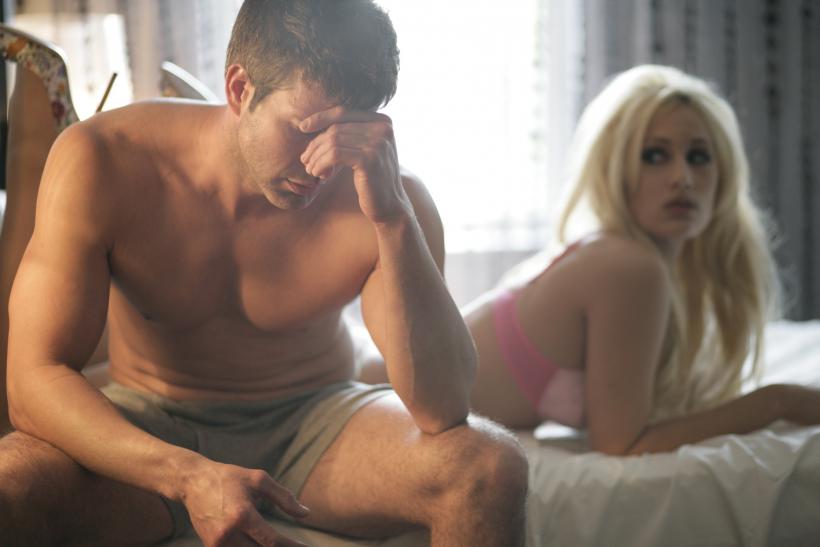 Please don't cry. That will make it worse. If that's humanly possible. Thinkstock

I don't own a penis. Never have, never will. I can name its parts and describe their functions. As for the brain attached to said part, I'm constantly and consistently stumped. While there's no true manual to the minds of the sexes, new research about premature ejaculation has shed some light on an issue that's caused more than one set of ruby red cheeks in the bedroom.

Psychology professor David Rowland, hailing from Valparaiso University in Indiana, conducted an internet study to explore the topic of premature ejaculation. Of the 1,249 men surveyed, 376 men (30%) admitted that they come too quickly when getting frisky. The remainder, were clearly lying. Kidding! But in all seriousness, 30% is still a huge percentage of the knockin' boots population. What's really going on here?

In an interview with Vocativ, Rowland noted a discrepancy in the data. While his results suggest that a high volume of men suffer from premature ejaculation, previous statistics show that only 5 to 10% of men are diagnosed with this condition (meaning: they come after 60 seconds or less). What gives?

It's All in Your Head

Before we delve into Rowland's results, we have to back up a moment. On average, men last about six minutes before orgasming. To be clear, this doesn't necessarily mean six minutes of solid penetration; foreplay counts as part of those precious minutes. Let's say you like to warm up your man with a little oral. Using this scale, going down on him for three minutes may decrease your actual beast-with-two-backs time to a paltry three minutes. If you happen to reach the big O in that time, bravo to you and your magically efficient vagina. If you don't, you'll likely be disappointed. Even if you're sweet as pie about the whole ordeal, the dude will probably feel terrible about himself.

In short: much of premature ejaculation exists in the mind of a man. He may be completely in the range of "normal," but be misinterpreting it. When he does this, his own insecurities make him doubt his abilities. This doubt makes him do it again. It's a sad-vagina making vicious cycle.

Rowland recommends that couples try a few counseling sessions on communication. Singleton men can try using anesthetizing creams or condoms (warning based on personal experience: these often work too well—they will numb whatever part of yourself you use to help him apply the condom).

Ultimately, it's a sensitive topic that should be approached carefully, obviously. Don't be condescending, accusatory or mocking.

On a completely unrelated topic, I'm going to be busy making some apology calls for the next few hours . . .