Take The Taco Or Beer Challenge . . . Because Why Wouldn't You? 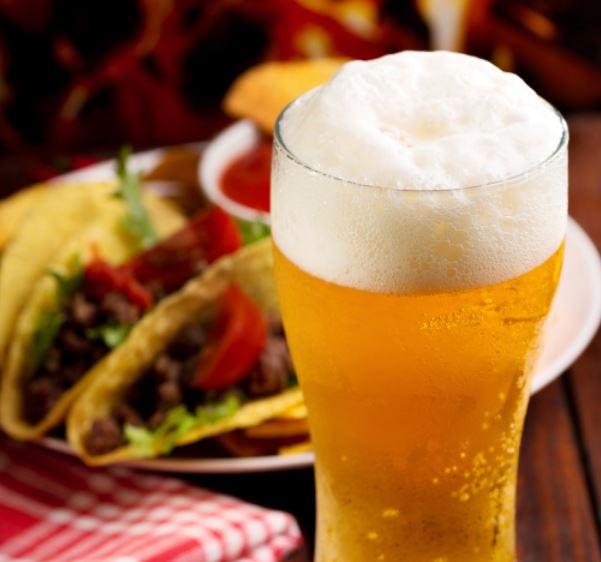 Here is a trifecta of things we can’t get enough of—in no particular order: tacos, beer, reproductive justice. Happily, these three wonders are now magically in bed together as part of the Taco or Beer Challenge.

Everyone and their mothers (and their mothers' mothers) know about the Ice Bucket Challenge, that universally viral phenomenon wherein celebs (even Kim Kardashian! Though it took some prompting from Ellen DeGeneres. . .) and mere mortals alike are dousing themselves with arctic-temperature waters and raising approximately a gazillion dollars for ALS research. Then there's the Rice Bucket Challenge, a similarly viral phenomenon wherein you donate rice, or other food, to combat world hunger (No, you do not pour rice all over yourself. There are 842 million people affected by the global hunger epidemic, y'all!).

The other, but no less awesome, challenge on the block? The aforementioned totally badass Taco or Beer Challenge.

So What’s The Challenge?

It literally couldn't be simpler—or more delicious. According to its founder, Andrea Grimes: "You eat a taco and/or drink a beer, and you donate to an abortion fund." That's it. (The explanation on the challenge's Tumblr is riddled with far more expletives, winning over our hearts even more.)

Is the connection between tacos, beer and abortion access not clear to you? That's cool. It wasn't to Grimes either—but also, what the fuck does ice water have to do with ALS?

"What I do know is that eating tacos and drinking beer is more pleasurable than getting doused with ice water, and that lawmakers around the country are passing increasingly restrictive anti-abortion access laws. Which means abortion funds are now more necessary than ever as legal abortion becomes harder than ever to access—especially for those of us who don’t live in major urban centers."

YES, WHAT SHE SAID. All of what she said.

And Grimes, of that wonderful site RH Reality Check that looks out for all of our reproductive health and sexual needs, elucidates things even more:

"Tacos and beer, of course, remain as vital to our human happiness as they ever were. The solution is clear: Eat tacos, drink beer, and donate to abortion funds."

Want to show even more solidarity for an awesome—and crucially important—cause? Snap a pic of yourself relishing in the wonder that is beer or a taco and throw it up on the Twitter with the hashtag #TacoOrBeerChallenge. There's no wrong way to participate . . . unless of course, you don't donate. Not sure where to proffer up your dolla dolla bills? Oh look! We've hooked you up with some options right here!

So we'll leave you with that. On our end, we're off to hit up a Chipotle and a liquor store, then gear up to plug in our PayPal info.