I Understand How Amanda Bynes Got Addicted To Adderall 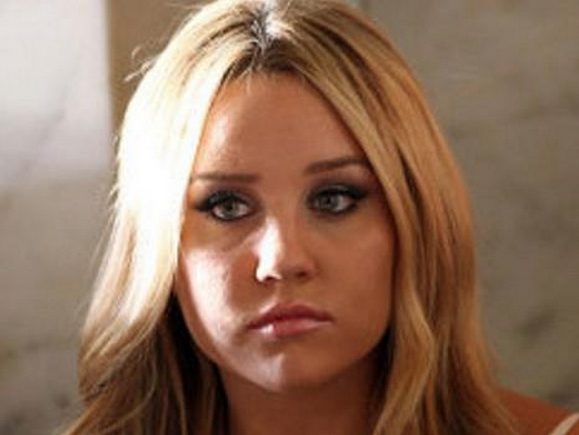 Early last Sunday morning, actress Amanda Bynes was arrested for DUI. It was also reported she was on Adderall, which was being prescribed by a doctor. As someone who was addicted to Adderall for most of my life, I have to ask the question that much of the media is failing to: Why are doctors writing dangerous prescriptions for their patients?

I’m not a doctor, but anyone who can read the prescribing information will discover—quick—that Adderall is a highly addictive amphetamine and should not be prescribed to people with a history of addiction, or documented psychotic disorders, including bipolar and schizophrenia—both of which Bynes has reportedly been diagnosed with. Remember her “meltdown” last summer? I don’t know her exact diagnosis, but I think it’s fair to say someone who pours gasoline on her dog and sets it on fire, isn’t a well person.

I was addicted to Adderall (among other stimulants) from the ripe age of 8 all the way to my mid-twenties. Following my diagnosis of ADHD I saw a host of doctors who did nothing but take advantage of my family's anxiety about my condition (and of course my ample insurance plan), sign their name on the dotted line and collect my money.

I later found out that many kids in my class had also been put on a variety of meds, some by the same doctor. At one point, the doctors even snowed my parents into pulling me out of class once a week to go to an appointment, where I would just sit there and tell them I need to be in school. The doctors made me feel like there was always something wrong with me, shamed me for my condition, and also managed to make me feel it was my fault. As an adult, I still struggle with this, despite years of speaking with an excellent therapist.

I also can’t deny the drugs gave me a competitive edge academically (they are, after all, academic steroids), but as an adult, they basically rendered me a complete lunatic. For years, I hallucinated shadow people and sometimes objects. Unless I took some sort of downer, I was anxious 99% of the time. Ironically, I was too anxious to pay attention and concentrate on anything, despite the fact that I was imbibing Adderall with the express purpose of concentrating. I didn’t even want to take it anymore, but I would feel sick if I didn’t—yes, exactly like someone on heroin who goes through withdrawal. My current therapist and psychiatrist—addiction specialists—finally helped me realize it was time to quit.

It took me four months to detox because I was so physically addicted—truthfully I didn’t feel normal for over a year.

While I’m not against the use of Adderall entirely and clearly not all doctors who prescribe it are morally unsound, this drug needs to be prescribed responsibly and with caution, and for the most part? I just don’t think it is. Looking at the data, how could it be? Currently there are approximately 3.5 million children on prescription stimulants, up from a scant (ha!) 600,000 in 1990. Since 2002, sales of said stimulants have more than quintupled. And you know what? There isn’t even a definitive test to prove someone has ADD. In order to get your paws on a prescription you simply Google the symptoms and relay them to your doctor.

(As a quick reminder, just because a doctor gives you what you think you want, doesn’t mean they're practicing good medicine.)

After college, I saw several doctors who wrote me prescriptions much in the same way you'd pick up cocaine from a drug dealer. No questions asked. No alternative treatments offered for ADHD, of which there are many. Just an exchange of money.

I’m pretty sure whoever is prescribing it to Bynes sees it the same way. Yet the one doctor who said “no” to me, probably saved my life.