Imagine There's No Heaven: Why Stephen Collins' Abuse Comes As No Surprise 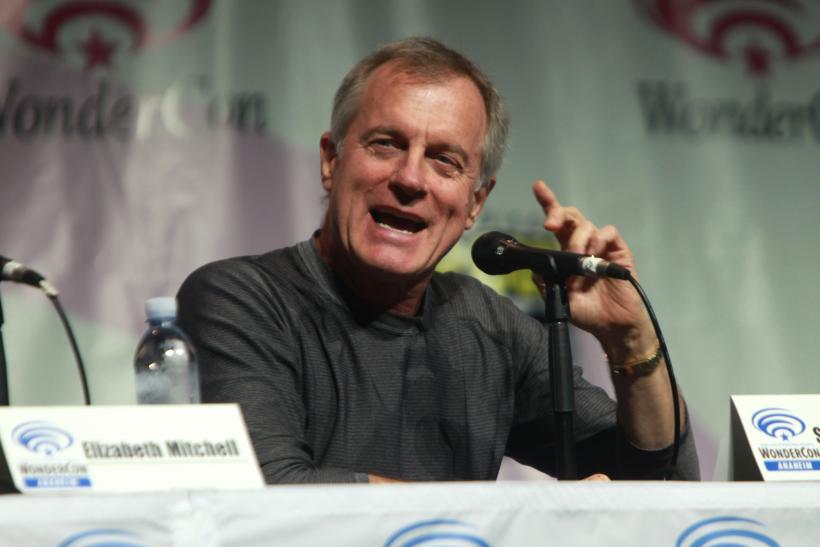 As you've no doubt heard by now, Stephen Collins, on-screen pastor and patriarch of 7th Heaven, has admitted to sexually abusing three young girls, molesting one (in 1972) and exposing himself to two others. Despite this, he's now claimed in a new interview with Katie Couric that he is "not a pedophile."

We as a society are put upon, beseeched even, to feign the motions of disbelief whenever a man who plays a dad on television is uncovered to be uncouth. He seemed so wholesome! I watched that show with my children! Paternal authority, even the fictitious kind, is elevated to an unsustainable magnanimity.

This is the means to Bob Saget's modern career. His standup is mediocre and juvenile, but when juxtaposed with the context of his wholesome father figure image, it becomes edgy and transgressive. I have at least five friends with stories about swearing at children for no reason. I should be up to my knees in best-selling comedy memoirs that I'll never read.

It's a pained escape of steam that reacts to the repeated joke of Bob Saget raping and killing a girl in 1990. We laugh not because we find the premise so preposterous, but because, for all of Bob Saget's faults, he's the sole holdout in his own show: his co-dads Dave Coulier and John Stamos have both been accused of statutory rape.

If you put enough smiles on enough faces, your accuser can write a hit song about your problematic (and illegal) relationship and it won't stop you doing whatever the hell it is Dave Coulier is doing these days. Playing softball with Tom Selleck, maybe. Reddit's "false rape accusations are worse than actual campaigns" threads fail to adequately address this facet of the politics surrounding rape accusations (while ignoring how feminism services many of the gender-specific issues men actually face).

Bill Cosby has been accused of preying on young girls from the 70's to as recently as 2004. And not your "gee whiz, how's a man to resist a young pretty lady, you guys know how it is" variety of sexual abuse: He's thought to actively target and groom his victims. This is DefCon Law & Order Special Victims Unit Episode. And yet: His behavior and the incalculable damage he has inflicted on women's lives is overlooked by the media, by the law, by anyone who could meaningfully hold him accountable—even now, after more than 20 women have come out with hideous stories of systematic abuse.

If Stephen Collin's career buckles under the "scandal," it will be because we did not see him as being as "good a dad" as Cosby or Tim Allen, who doesn't believe sexual harassment is real. He's a lesser parent, and so we are invited to indulge in his scandal, as a placatory, a paralytic.

Collins' fame as a TV dad did not retroactively grant him access to assault a girl in 1972. I am not suggesting that rape culture lets rapists travel through time (though the idea that Bryan Singer might accidentally end up crushed by a wooly mammoth does offer me some solace).

But context is not a myth. There is a correlation between your social (and actual, fiat) currency and the probability that you will be effectively punished for sexual transgressions. Is it really that likely that what separates Bill Cosby and Tim Cole is "empirical evidence"? Is it really not worth it to examine our cultural relationship with "television families"—just in case we're affording certain men in Hollywood access to commit sexual abuse and the means to avoid repercussions?

Examine rape culture: It's easy if you try.