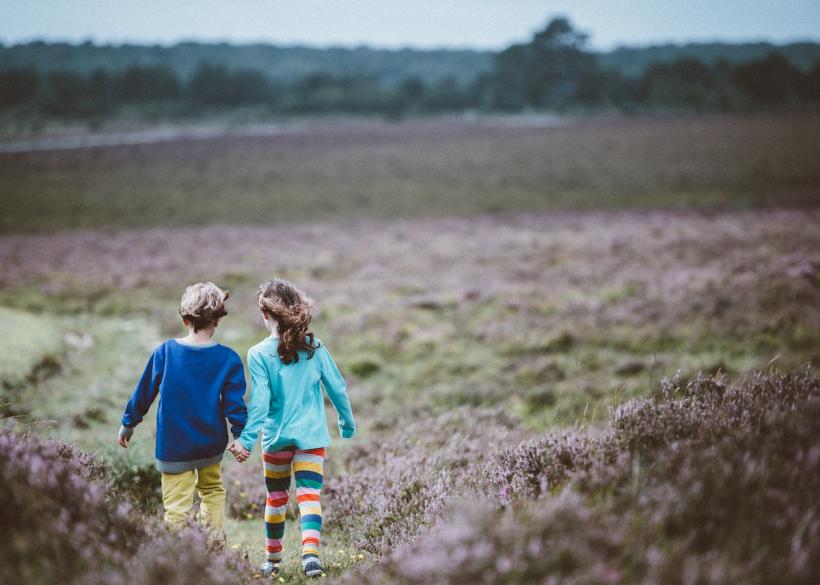 Learning about privilege requires three key aspects: openness, humility, and self-awareness. Openness to learning about new things, which might be foreign to your own experience. Humility to recognize and acknowledge a spectrum of realities. And, self-awareness to identify how your own privilege hinders your ability to put yourself in other people’s shoes.

According to Merriam-Webster, privilege is "a right or immunity granted as a peculiar benefit, advantage, or favor." In more practical terms, privilege can be explained as a set of ¨unearned benefits¨ typically given to someone based on their social group.

While it’s a complex term to grasp, even for adults, I’ve noticed that the earlier we teach it to our younger generations, the easier it becomes to understand. The earlier we can show kids to become self-aware and use their position of power to support other social groups, the higher our chances of raising a generation of sensitive humans. Those fearless activists that join a variety of social fights hoping to build a better world.

Recognizing your own privilege is a start. When in doubt, I’ve found this checklist helps me put things in perspective. 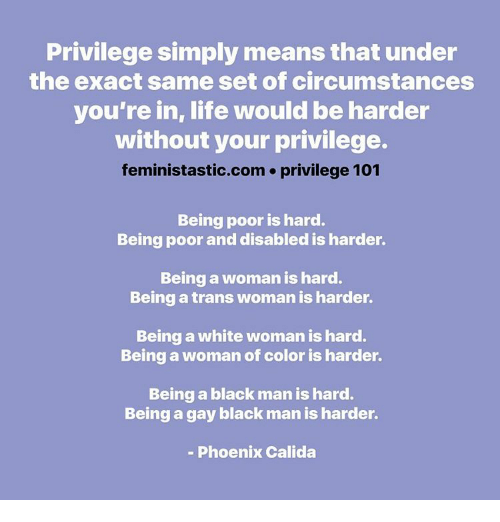 It’s truly magical to see how children’s walls come down the minute a parent shares their own story. Not only do they feel heard and understood, but they feel they are not alone and that parents can truly empathize with how they feel. The same happens when trying to open a conversation about important issues, such as privilege, race, sexual diversity, and socio-economic reality.

Using your own example of the type of advantages (and disadvantages) you had or faced while growing up, teaches children about different realities. Remember that to children — especially young ones — the most exciting superheroes and protagonists in stories are their parents. So, when they hear about this from your perspective, they will be much more engaged.

If they ask follow-up questions, use this as an opportunity to practice critical thinking. So, instead of immediately answering their questions, bounce it back to her/him with the infallible what do you think?. Not only will you be able to assess how much they’ve grasped from your teachings, but it will also give them an opportunity to put themselves in other people’s shoes.

My mom recently sent me this story through social media, about a five-year-old girl who had broken her piggy bank to help her classmate pay for milk at school. This story ends with a grandmother and a GoFundMe campaign to raise money and pay for every student’s milk until they graduate from high school. This news is a teachable moment.

When we take advantage of the content provided by TV series, movies, books, and current events — we can transform these stories into teachable moments. We can use these narratives to set up "as if" scenarios for children, in which we ask them to tell us what they would’ve done in a particular situation.

These teachable moments allow children to empathize and broaden their emotional toolbox. Not only are they able to put into practice the lessons you’ve taught them about privilege, but it gives them an opportunity to prepare for a myriad of situations in which they can use their privilege as a tool to support children with other realities.

Expose them to different realities.

When I first read about The Empathy Museum, my curious and psychology-loving heart just couldn’t contain itself. And when I read about its exhibit A Mile In My Shoes, I immediately wrote down a visit to this museum on my bucket list.

It’s not uncommon for me to get excited about psychology/mental health-related initiatives. But the potential reach this particular exhibit had, immediately caught my eye. I thought about the endless possibilities about literally putting yourself in other people’s shoes and actually listening to their stories. This has to affect people’s empathy levels. This has to help people see beyond their bubble.

Exposing children, young and often, to different realities serves the same purpose. Children are better able to exit their privilege bubble when they see other cultures and other upbringings, when they are taken to places as far as possible to their comfort zone, when they are introduced to children who have to fight twice as hard to get what your child might get each day.

Privilege is all around us and, for better or for worse, the world is giving us plenty of material for us to check our privilege. The idea is not for children to feel guilty for the opportunities they have, nor to feel that their social status is solely responsible for their achievements. But, they need to understand that the world is filled with different realities, different problems, and different struggles. And, when we understand our privilege we are more capable of using it to do some good in the world.

If you like this article, please share it! Your clicks keep us alive!
Tags
privilege
teaching
Children
parenting
Kids
empathy
kindness