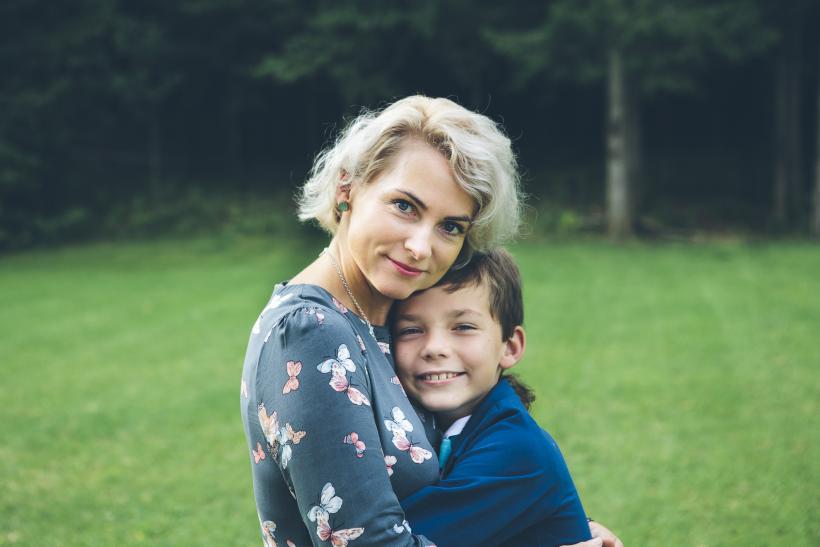 There are many ways to teach your son to become a feminist ally; these are just 3 of my favorites.

I remember a while back, I was talking to my brother about feminism. I asked him about the moment he realized he was a feminist. He shot me a weird look (although that’s not entirely unusual in our brother-sister dynamic) and told me: “I’m not a feminist.”

Now, bear in mind that a year ago, I would’ve completely dismissed this statement and replied with an, “I understand.” Nowadays, though, I question. I question because I’m curious why anyone would say they’re not a feminist when the whole movement is about fighting for gender equity. And, of course, there are people who are alienated from the movement — but my brother wasn’t one of them.

So, naturally, I started to argue with him about all the ways I did consider him as a feminist: he respects women, supports the movement, recognizes gender inequality, and he wasn’t afraid to call people out when they expressed chauvinistic ideas. In theory, he had all the attitudes and behaviors that represent a feminist, no? To which he answered:

“It’s not my place to call myself a feminist, because that’s not my fight.” And that’s where I got it: men aren’t feminists, they are feminist allies.

But, why is the use of this terminology so important? I can’t answer this question without explaining a bit about my need for right terminology. One of my favorite TED talks ever is “The Joy Of Lexicography” by Erin McKean. It wasn’t until I watched this that I understood I wasn’t alone in my love for words. And, as most passions, this also came at a price. The more I read about the topics I’m passionate about, the more obsessed I get with using the right terminology. Which is why, now, I feel uneasy when I see a man with a t-shirt that reads “Feminist.” Not because I don’t think that men can have a feminist attitude, but because I think that by calling them allies, we can further understand their role in the feminist movement.

More often than not, parents continue to perpetuate gender roles and stereotypes — which are detrimental to all children, regardless of their sex.

I know that there are some people who might disagree with this linguistic differentiation, but hear me out. We need allies in our movement, it’s very possible that all of the achievements women have historically accomplished (right to vote, access to education, freedom to make our own reproductive decisions, among others — although we are still in the fight of many of these), wouldn't have been possible without men acting as our allies. But, it’s also true that the acts of violence against women, rape culture, unequal pay, and other mechanisms of patriarchy are most often perpetuated by men. It may be by an active stance they take, or a passive voice they assume — but it’s important that men understand how their activism (and silence) plays a pivotal role in this movement.

Having said that, I think it’s important to show men how to do this. But, maybe even more importantly, to teach the new generation of men. Acting preventively to minimize the abuse, harassment and injustices that women go through on a daily basis by raising men who understand those things as unacceptable behavior rife with sexism.

I’m convinced that prevention starts at home: with your sons. Here are three ways you can raise your son to become a feminist ally:

Teach Him To Understand His Place In The Movement

The feminist fight is a fight for gender equality on a political, social, and economic level. Historically, women have fought for other women’s rights. When we take a look at the waves of feminism, we realize that most of those who have actively fought for the rights and privileges many women in 2018 have were women. However, this does not mean that there haven’t been men who have supported and encouraged the cause. But, it’s important that they understand what’s their role in this fight.

Just like the fight to end slavery was lead by African Americans, and the fight to end LGBTQI discrimination is lead by precisely those in this community, women are on the frontlines of feminism. But, if it were just them fighting, the message and purpose wouldn’t have the reach it has achieved. The allies' place stands in encouraging and listening. And it can go from something as simple as a young boy not “mansplaining” to his fellow girl classmates, or us parents teaching them about their role in consent early on.

Use teachable moments in your own lives — at work or in social scenarios — to talk about times when men have taken spaces from women. If you’re a father reading this, make sure to lead by example and not speak over your partner in other scenarios, and reinforce the concept that “no means no” with your sons as frequent and often as possible.

What parents teach their children can only get so far. There comes a point in time when your child is exposed to other children who might have, consequently, been raised with completely different values than you. More often than not, parents continue to perpetuate gender roles and stereotypes — which are detrimental to all children, regardless of their sex. If you have raised your child to question these roles, they will bring up something that they’ve heard, seen, or witnessed in school that they have found to be unfair.

How you respond to this natural curiosity and questioning will set the tone for your child’s ability to unlearn deeply rooted stereotypical beliefs, but also help to establish the empathy needed to disarm this ignorance. For instance, rather than saying, “That’s not true!” or acting on your own frustration and anger with these comments, take a deep breath. Answer with one of my favorite questions for children: What do you think about that?

When we bounce off this question we are teaching our sons to challenge the preconceived notions on traditional gender roles. When we follow up with a question like “What’s something you can do the next time someone says this?” we can help our sons use their positions of power to become agents for change.

I’ve written before about teaching your child about privilege, what it means and how to understand it. But, for allies, learning to use their privilege is a fundamental part in their role for the movement. Let me give you an example. Last year, The Big Sick came out, a movie about Emily V Gordon and Kumail Nanjiani’s experience with her illness. In an interview done by The Washington Post, the publication wrote an article that was shared via Twitter with a caption that said, “Kumail Nanjiani opens up about his wife’s illness, the inspiration for The Big Sick."

Did you notice anything off with this caption? Nanjiani did, and he made it his mission to let the publication know with a tweet.

Hey @washingtonpost. Big fan. Love what y’all do. Appreciate you covering this. Could you add my wife’s name to this headline please? She is Emily V Gordon, & not just the inspiration, but one of the writers of The Big Sick. https://t.co/H6VkeyzO83

This is a clear example of using a teachable moment and making it a lesson about privilege. Nanjiani used his position of power to make note of an inequality that appears in all our lives. He used his voice — and the fact that people are more likely to listen to him when he uses it because of his gender — to enact change. For your son, this might mean teaching him to stick up for his female classmates when someone discriminates against their gender by saying something like, “That’s not for girls,” or “Girls can’t do/say/think that.”

There are many ways to teach your son to become a feminist ally; these are just 3 of my favorites. If I could leave you with one idea overall, it would be the following: recognizing that allies are a crucial part of the movement is quintessential, but actively teaching your son how to become one says so much more about the way you join the feminist fight. Not only teaching your son about #HeForShe, but showing him what #HeForShe looks like. It’s up to us to show them that it's in the actions we take that we commit to our fights.

If you like this article, please share it! Your clicks keep us alive!
Tags
feminist
feminism
mother
motherhood
son
raising sons