Why Do We Mourn Robin Williams And Endlessly Mock Amanda Bynes? 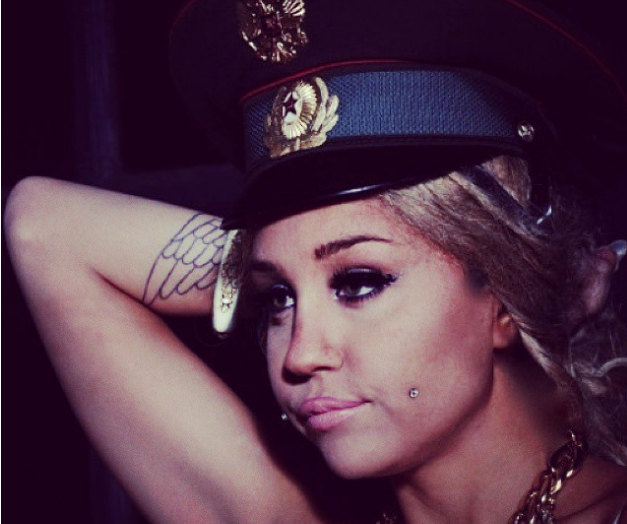 2014 saw the tragic loss of one of the greatest comedic forces of our time, Robin Williams, who shook the nation when he took his own life in August.

In this piece from October—one of our top-read pieces of the year, dusted off from the archives—we reflect on our society's failure to tackle its profoundly flawed relationship with mental health, as evidenced by our mocking of another actor's struggles with mental illness just weeks after Williams' death. Here's hoping 2015 is a year where we truly engage in a productive dialogue surrounding the pain and suffering so many face.

What the hell, society?

I thought we were doing this—or at least going to try. I thought when Robin Williams took his own life, we were going to sit down, at least feign a good faith effort, and take a hard, honest look at our country’s dealings with mental illness. I know no stigma vanishes in a day, but here we are, two months out from Robin’s suicide, mocking the hell out of Amanda Bynes for her struggles.

In case you’ve been happily sequestered away somewhere, here’s the scoop: Amanda Bynes is hurting. At the end of September, she was arrested for a DUI, and it’s been basically been a blur of downward spirals since. There was a series of upsetting tweets accusing her father of sexual abuse . . . which she recanted with an even more disturbing retraction:

Then there were her shoplifting attempts in New York City where she stripped down to her bra in public, later claiming the shoplifting was a “misunderstanding.”

Oh. Then there was the kerfuffle with In Touch magazine wherein she also, apparently, mentioned the microchip in her brain but then claimed to be misrepresented and saying she would sue them for referring to her as “insane.”

Most recently, according to TMZ, who’s on this “news story” like white on rice, the former All That? actress' current involuntary psychiatric hold could be extended. Or as they so elegantly state in their increasingly large font, "Amanda Bynes Involuntary Confinement For Up To 1 Year.”

This is a woman who is suffering—and has been for a while. Two years ago, in a “breakdown” that similarly flooded airways like it was actual news, she, among other antics, doused her dog in gasoline.

Mental Health In The Media

Boy are we behaving a hell of a lot differently than we did when in the wake of Robin Williams taking his own life. Back then there were—seemingly—honest cries for an exploration of mental illness, a genuine effort to battle the stigma of disease, for the good of us all. We’d lost a great—how many more were we willing to lose?

I understand that Bynes has not taken her own life. I also understand the media cycle is short. But gosh golly is it frustrating, nay, infuriating, to watch the Amanda Bynes jokes roll in on Twitter, the relentless Facebook posts mocking her erratic behavior—headlines like “Released Security Footage Of Amanda Bynes Is Too Tragic To Be Funny.” Why are we aspiring for humor when a fellow human is clearly in so much pain? Why must we clamor to ridicule her, fighting for the wittiest comment on someone's clearly deteriorating mental health??

It's a sick, scary circus—especially when we’ve so recently been inundated with painfully necessary think pieces and reporting of facts about depression, anxiety, personality disorders, addiction, suicide. We know the facts: One in four Americans experiences a mental illness in any given year. One in four. That’s 61.5 million of us—just annually.

And every time, say, a piece like "Amanda Bynes Is Crazy; the Drama Around "Her" Hacked Account is Crazier" is published, the plight of 62.5 million of us is demeaned and diminished. The use of terms like “crazy” and “insane,” beyond driving the stigma that separates people from getting the help they both need and deserve to receive without shame, also mislabels those who are suffering. We are othering ourselves, dehumanizing each other for a retweet.

Perhaps we can take a tip from Robin Williams' daughter, 23 year-old Zelda, who took to Twitter on Friday to tweet about World Mental Health Day (bearing in mind that there were trolls sick enough to flood her feed with threats and photoshopped images of her father's corpse, which drove her from the social media platform for awhile. This, if nothing else, only underscores just how fraught our nation's notions of mental health truly are.)

"Today is #WorldMentalHealthDay. Mental illness is often misunderstood & misrepresented, but that's starting to change. Let's end the stigma. Mental health IS as important as physical health, & whether there are visible signs or not, the suffering is real. It can affect EVERYONE."

And ended with a note on her late father:

"No matter what the misinformed say, you can't simply CHOOSE to make mental illness go away. It is NOT cowardly to suffer or seek help. Lastly, my dad openly fought depression his whole life, both in general and his own. No matter what anyone says, it is a FIGHT. Fight on."

We're all better than this, aren't we?