In Defense Of Brandy Melville, The Size Zero Clothing Store 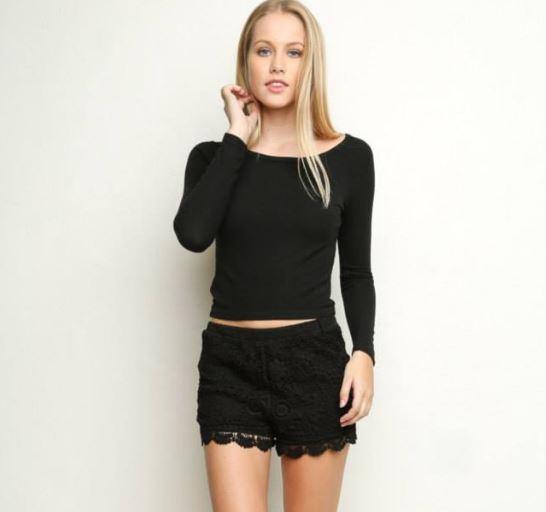 There always seems to be a war brewing between women of different body sizes—and the latest example is a doozy.

You may have already heard of, and formed an opinion on, the store Brandy Melville. The retailer is under fire for only carrying items labeled "small" or "one-size"—which, in other stores, would be a size 2 or 0. Many have spoken out about why such a store is bad news for women, destroying the self-esteem of impressionable teens who can't fit an ideal that may be impossible for them.

As a small woman myself, and someone who can fit into Brandy Melville clothing, I disagree.

The media has never taken kindly to stores that exclusively sell smaller sizes, be it Lululemon, American Apparel or Abercrombie & Fitch. They say these stores need to make larger sizes because not everyone can fit into the selection. But no one is telling plus-size stores, like Lane Bryant and Torrid, to start making smaller sizes. Using the same logic, Men’s Warehouse ought to start selling suits for women. After all, if a store doesn’t cater to every potential customer, they must be discriminating against someone.

It’s all about body acceptance, right? But based on that reasoning, why is being a size zero any less valid than being a size 16? And why does everyone downplay or outright ignore the existence of body-shaming against smaller women?

As a teen and tween, which wasn’t that long ago, I couldn’t shop at the same stores as my peers. For most of my life I was very tiny. I didn’t have an eating disorder, I wasn’t obsessed with my body—it was just how my body was. My parents even took me to doctors because they thought there was something wrong with me. After a series of tests, which made me feel like a guinea pig, the doctor gave my parents the results: Nothing was wrong with me . . . other than having two neurotic parents who were also small in stature.

Getting clothing that fit my body was difficult and expensive. We had to alter everything, even sweatpants and pajamas. It was often more expensive to alter my clothing than it was to buy it. While all my friends could fit into BCBG, I was stuck in the children’s department. It probably would have been life-changing to shop at Brandy Melville or American Apparel at the time, as I could have bought relatively affordable clothing (most items are under $50) off the rack.

But not being able to fit into the same clothes as my friends didn’t make me feel bad; it just meant everyone who worked in the children’s department at Bloomindales knew me by name.

Reactions to Brandy Melville, though, have suggested that the store is outright responsible for ravaging the self-esteem of young girls. In an open letter to Brandy Melville on Huffington Post, teenager Lani Renaldo, a high school student from Los Angeles, complained that not being able to fit into Brandy’s clothes makes her feel like an outcast or a minority:

"It doesn't ever feel good to be an outcast and by not offering several sizes, or opening up to a different array of models, this company is separating and almost purposely making the girls with chests and curves feel like minorities and outcasts. Not only is this not okay, but it just isn't right."

The thing is, though, it's not Brandy’s fault Lani feels like an outcast. The store does offer several sizes—just not her size. And that’s OK because there are thousands of other stores that do. She also might want to look up the meaning of the word “minority.” The average American woman is a size 14, so the women who can fit into Brandy Melville’s clothing are actually the minority.

Even adults are getting into the Brandy Melville blame game. Blogger Laura Neuzeth, 24, wrote an article about why she won’t shop at Brandy Meville:

I'm not trying to downplay the legitimate issues surrounding pressure to look a certain way. And I understand that it's frustrating not to be able to find clothes that fit somewhere. But even if you choose not to support Brandy Melville or believe in what they do, you can’t blame retailers for catalyzing low self-esteem. Clearly, a company, which relies on its customers for money, isn’t out to upset or alienate people—even if their clothes only fit a certain segment of the population considered the societal ideal. Not to mention, if someone is dead-set on shopping there, the store sells accessories too, which have nothing to do with size.

It’s not stores that make us feel badly about ourselves—it's society. While it’s unfortunate that a survey from the National Association of Anorexia Nervosa and Associated Disorders showed that 50% of teenage girls use unhealthy methods to control their weight including skipping meals, fasting, smoking cigarettes, vomiting and taking laxatives, it’s a symptom of problems—like the deeply entrenched cultural ideals of beauty that are perpetuated endlessly by the media—that are far too broad and complex for a single store to be held responsible for. Brandy Melville has unfairly become a scapegoat for larger issues, and an opportunity for people to express outrage without really examining the more significant issues at play . . . or to do anything about them.